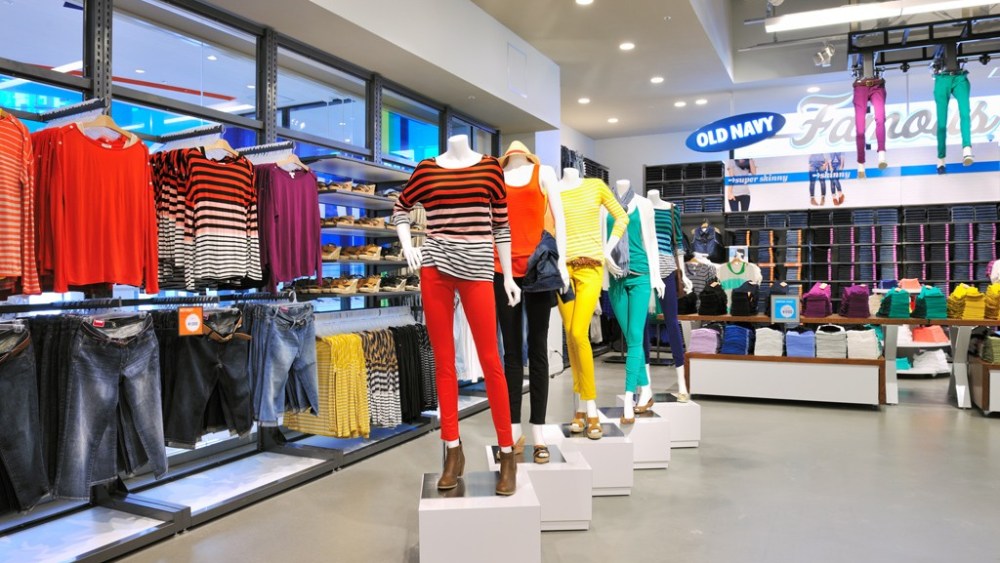 TOKYO — Gap Inc.’s Old Navy will open a store in Japan on Thursday, setting up shop outside of North America for the first time.

“Our main target is families, specifically the fashion-conscious mother,” Gap Japan representative director and managing director Robert Frank said Tuesday on the sidelines of a press preview and shopping party for the store here. “She’s responsible for shopping for the whole family and making sure they look great. She might come to get the kids clothes for school, but she’s also going to want to stop buy and get some great fashion item for herself.”

The company’s choice of location for its first Japan store reflects this commitment to family-oriented consumers. Rather than trendy Harajuku or Shibuya, the Old Navy store anchors a large shopping mall on an island of reclaimed land in Tokyo Bay called Odaiba. Other mall tenants include Zara, Bershka, Hennes & Mauritz, Uniqlo, American Eagle, Forever 21 and Diesel. It covers an area of more than 10,000 square feet and offers styles for men, women, kids and babies.

“Odaiba and the DiverCity mall have a lot of families and moms,” Frank said. “If you go out into the mall right now, it’s filled with moms pushing strollers with their kids, and that’s exactly the customer that Old Navy will serve. Also, it’s a great place to introduce a new brand because it draws customers from all around the Tokyo area and even from overseas. So we’re happy to introduce the brand to as many people as possible here in this location.”

Fitting rooms are positioned in the center of the store so that they are easily accessible from all departments and also have a direct route to the cash registers. Jeans and colorful chinos are displayed on moving mannequin legs suspended from the ceiling, and the kids’ section is decorated with brightly colored planes and helicopters, some of which fly above customers’ heads on tracks.

A variety of carnival-themed acts enlivened the opening party. Jugglers, magicians and balloon artists were stationed throughout the store, along with models dressed as typical American characters, such as a beauty queen, cheerleader, astronaut and cowboy. Snack stands were stocked with mini hamburgers, cupcakes, churros, popcorn and cups of fruit salad.

Moretti said like Japan, the company’s business has been going very well in China, where Gap opened in 2010. He said there are no concrete plans for the company to enter any other new markets around the world.

Regarding stiff competition in Japan from other value-priced and fast-fashion retailers such as H&M, Uniqlo and Shimamura, Frank was optimistic about Old Navy’s potential to stand out, although he declined to give a sales forecast.

“You’re not going to see anything like Old Navy in Japan,” he said. “It’s really going to be new if you look around you. A true family brand in Japan is something that we’re excited to bring to the Japanese customer. In order for us to be successful and differentiate ourselves, we have got to make that mom happy.”

Despite this optimism, Gap has decided to take Old Navy’s entrance into the Japanese market slow. No other openings are planned for this year, and the company has yet to decide when or where to open its second store here.

“This store’s got to prove the model for the first store outside North America, and so we want to judge the success of the store by what the mom and the family members tell us,” Frank said. “And when we get that right, that’ll be our cue that there may be more potential.”

For the initial launch, Old Navy’s Odaiba store will stock edited offerings from the brand’s key categories, such as denim, chinos, graphic T-shirts, polos and woven shirts. Sizes go up to a U.S. women’s 12 and a men’s large, and smaller sizes have been added at the bottom of the scale to accommodate Japanese customers. After conducting research among focus groups, the brand has also elected not to include certain styles and cuts, such as “curvier” denim options. Aside from a series of Japan-themed T-shirts designed specifically for the launch, the company does not plan to offer items that are exclusive to the Tokyo store.