Syngal will be challenged to reverse disappointing sales trends at the corporation's three core divisions.

Gap Inc. has named Sonia Syngal president and chief executive officer of the corporation, elevating her from her current role as ceo of Old Navy.

Gap Inc. did not name a successor to Syngal at Old Navy, but last August, Nancy Green, who was running the fast-growing Athleta division, became president and chief creative officer of Old Navy, reporting to Syngal.

The 50-year-old Syngal becomes Gap Inc. president and ceo on March 23, taking on the challenging role of improving weak sales performances at all three major divisions, Old Navy, Gap and Banana Republic. She succeeds Art Peck who was forced out of the company last November.

In January, Gap Inc. scrapped its plan for an initial public offering of Old Navy due to the chain’s recent declining performance. It would have converted the division into a stand-alone company.

Old Navy, historically the cash cow for Gap Inc., has in the past year taken a surprising turn for the worse, while the Gap and Banana Republic brands have long floundered. Gap Inc. also operates Janie and Jack, Intermix and Hill City as well as Athleta. The company’s stock has been down over 50 percent over the past year.

Despite Old Navy’s recent difficulties, Syngal, who was also appointed a director of the company maintains a positive reputation in the industry. She’s been Old Navy’s president and ceo since April 2016. In three years, she led Old Navy from $7 billion to $8 billion in sales, expanding its presence to more than 1,200 stores in the U.S., Canada and Mexico, scaling its e-commerce site to what Gap Inc. said is the fourth largest apparel site in the U.S. She’s built “competitive omnichannel capabilities.”

Earlier, she was executive vice president of global supply chain and product operations, responsible for managing Gap Inc.’s global supply chain. Since joining Gap Inc. in 2004 she has also served as managing director for the company’s Europe business, senior vice president for Gap Inc.’s international division and international outlet division, among other roles. Prior to joining Gap Inc., she worked at Fortune 500 product companies, including Sun Microsystems where she led manufacturing operations, logistics and supply chain management, and at Ford Motor Co. where she held roles in product design, quality and manufacturing engineering.

“It’s an honor to build on this company’s rich heritage and lead our nearly 130,000 employees in transforming our business and operations to successfully compete in the future,” Syngal said on Thursday. “I’m committed to fully realizing the potential of our portfolio and the advantage of our scale, with a focus on strengthening the love that our millions of customers have for our brands. To do that, we must better prioritize initiatives and capabilities that will improve execution and drive value creation.”

“To lead the company into its next chapter, we sought a dynamic leader who could bring a deep respect for our customers and make the decisions necessary to deliver value from our portfolio of brands over the long term,” said Bob Fisher, interim Gap Inc. ceo and current chair of the Gap Inc. board. “Sonia has all of the characteristics and experiences needed to effectively execute against the work ahead. She is an excellent operator who drives innovation and decisive action, and she leads with both vision and heart.”

Last February, Fisher gave an explanation for why the Old Navy spin-off was canceled. “While the objectives of the separation remain relevant, our board of directors has concluded that the cost and complexity of splitting into two companies, combined with softer business performance, limited our ability to create appropriate value from separation,” Fisher said.

Gap Inc. will report its fourth quarter and 2019 results on March 12.

The company also said that board member Bobby Martin will become executive chairman on March 23. Martin has extensive experience in retailing, having served as president and ceo of Walmart International, as a former director at Dillard’s Inc., and as a member of the Gap board since 2002. 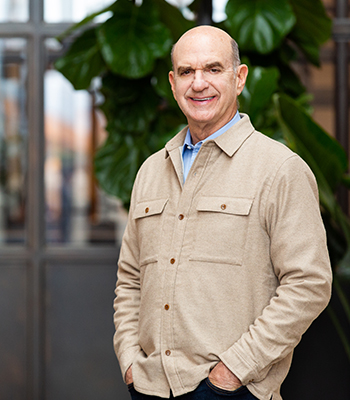