Mary-Kate and Ashley Olsen, Kate Bosworth and Rachel Bilson will participate in a Facebook broadcast for their respective fashion ventures with BeachMint Inc. 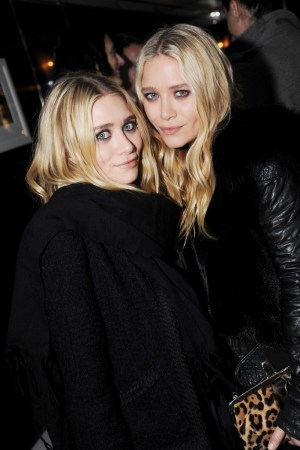 A quartet of starlets are slated to add sparkle to Cyber Monday when Mary-Kate and Ashley Olsen, Kate Bosworth and Rachel Bilson participate in a Facebook broadcast for their respective fashion ventures with BeachMint Inc.

The fashionable foursome will appear from 10 a.m. to noon, Pacific time, Monday on a streaming broadcast on facebook.com/stylemint. A downloadable application will enable real-time shopping and exclusive deals to stream concurrently to the broadcast. A “buy now” button will allow viewers to purchase directly from the Facebook page rather than redirecting to the StyleMint e-commerce site.

“We launched StyleMint as an online brand to take advantage of the incredible trend in social commerce. This event is a perfect example of why we were excited to work with an innovative company like BeachMint,” said Mary-Kate Olsen.

The Olsens, Bosworth and Bilson will participate via prerecorded segments that will be intercut with live commentary from Hillary Kerr and Katherine Power of the fashion blog WhoWhatWear. The duo will moderate the live portion of the broadcast and interact with viewers from BeachMint’s Santa Monica, Calif., headquarters.

Several of the celebrities may call in during the broadcast, along with other surprise guests, said John Volturo, chief marketing officer at BeachMint.

The Olsens partnered with BeachMint earlier this spring to launch StyleMint, which sells T-shirts for $29.99, shipping a new option once a month to customers who opt into the program. The BeachMint model utilizes social media, videos and an interactive interface to market the Olsens’ celebrity and personality to shoppers.

BeachMint is working on the live broadcast with LiveStream and R to Z Media, a marketing firm founded in August by Randi Zuckerberg, the older sister of Facebook founder and chief executive officer Mark Zuckerberg.

“BeachMint and its partners are transforming a time where people typically shop alone into a live online event where they’ll be shopping alongside their favorite designers,” said Zuckerberg.

“Working with Facebook, LiveStream and R to Z allows BeachMint to leverage some of today’s most engaging technologies to bring commerce to Facebook and interact with our members in a way that’s never been done before,” said Josh Berman, co-founder and ceo of BeachMint.

Berman, a co-founder of MySpace, launched BeachMint in June 2010 with partner Diego Berdakin, also a veteran of MySpace. The two have raised $38.5 million for their company in several rounds of venture funding, according to TechCrunch.