On the House: Safilo-Owned Brands

When it comes to building a brand portfolio, Safilo executives are betting that there’s no place like home. 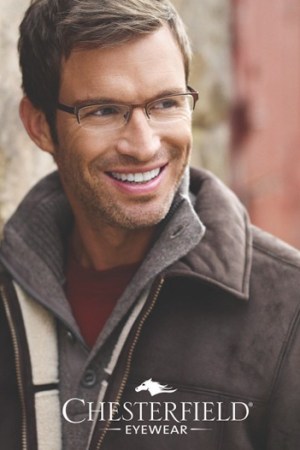 When it comes to building a brand portfolio, Safilo executives are betting that there’s no place like home.

So much so that the group is looking to build a few of its own labels internationally, namely sports brands Carrera and Smith Optics and fashion label Oxydo. Safilo’s homegrown entries also include Blue Bay, which caters to teens, although that is likely to stay in Italy for now, as well as Safilo, Adensco and Chesterfield, which focus on optical frames and lenses. (Chesterfield also has sunwear.)

Safilo acquired Carrera in 1996, 40 years after the maker of sports eyewear, ski goggles and helmets was founded in Austria. Named after Carrera Panamericana, the legendary automobile rally staged in Mexico in the Fifties, heritage continues to play an important part in the label’s development, combining state-of-the-art materials and technology and innovative design. Today the brand is a leader in the category, supplying Olympic skiers and outdoors aficionados with its Carrera Sport line of sporty, fashion-conscious frames.

“Initially, Carrera began as a sports-technology brand. Today, Carrera models are also designed with a high level of attention to fashion, mostly in the vintage area, which is a main trend at the moment,” Bassetti said, adding that Safilo is gearing up for “significant media investments” to boost the label outside of Italy.

“Now the main objective is to consolidate and extend the success abroad,” Bassetti said.

That includes targeting women and younger consumers, who have traditionally sat outside Carrera’s core base of male customers between the ages of 25 and 35, Bassetti explained.

To do this, the company launched Carrera Vintage in 2007, which harks back to Carrera’s heyday in the Eighties, when oversize frames were de rigeur. The best-selling Champion and Safari styles have already been worn by Victoria and David Beckham, Paris Hilton and Kylie Minogue, among others.

“The investment this year aims to raise brand awareness in Italy, which will then be extended across Europe,” Bassetti said.

Smith’s core business continues to be ski goggles, followed by sunglasses and motocross goggles for men and women between the ages of 15 and 24. Breakthrough innovations include Smith’s unisex Interlock frames, sunglasses with interchangeable lenses for varying weather conditions. These blend performance and style, enabling users to transition from active to casualwear with the twist of a temple.

The company started producing helmets in 2006 and launched optical frames in 2008.

“Sports are increasingly becoming part of everyone’s life, consequently accessories and protection related to sport activities, such as sunglasses, helmets and goggles are growing segments within the global market and specifically in the eyewear industry,” Bassetti added.

With an increasing number of laws on the books requiring children to wear helmets for biking, inline skating, skateboarding, snowboarding and skiing, the helmet has been a key growth category.

Meanwhile, Oxydo, which Safilo launched in 1994, is focused on edgy optical frames for men and women between 18 and 35. The brand is only sold in Europe, although Safilo is “currently evaluating opportunities for growth outside Europe,” Bassetti said.