Consumers are traveling no further than their computers for back-to-school deals for their kids. 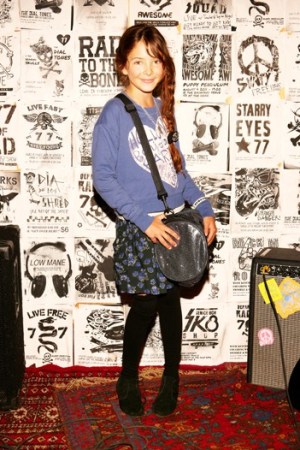 Facing sticker shock at the pumps, consumers are traveling no further than their computers to log onto price comparison search engines for back-to-school deals for their kids.

While b-t-s shopping budgets will be flat or shrink slightly as cautious consumers maintain a recession mind-set, e-commerce is poised to significantly gain market share, as it did last Christmas season when it more than doubled its growth rate. “The Internet is already highly promotional,” said Walter Loeb, founder of Loeb Associates. “That’s where retailers are gaining share. Many retailers at the mall were empty last Sunday. Success this b-t-s season will be selective and it won’t be for all retailers. There’s no sense of free spending exuberance. Department stores will get their share if they don’t have a sale every Friday and Saturday,” as has been their custom during the b-t-s selling period.

A b-t-s forecast survey by PriceGrabber, a part of Experian, found that 69 percent of consumers plan to shop online and use comparison shopping sites as a money-saving technique, compared with 23 percent in 2010. Forty-one percent of shoppers said they’ll visit retailer Web sites this b-t-s period to print out coupons, versus 33 percent last year.

“Clothing retailers will always benefit from the b-t-s shopping season, and we suspect that the increase in purchases in this category can be attributed to the recent wide availability of affordable, designer-inspired clothes,” said Graham Jones, general manager of PriceGrabber. “Parents looking to keep their kids on-trend may find it easier to stay within their budget by comparing prices online for a discounted pair of designer jeans and extending the life of the expensive electronics they already own.”

The NPD Group’s study of consumers’ purchasing intentions for the b-t-s season saw little change in the amount shoppers plan to spend. The same number — 38 percent — said they planned to spend more this year than last, and 22 percent said they would spend less in both periods. Once again, value is their modus operandi.

“We have a clear sign that ‘trendy and fashionable’ or ‘influenced by friends’ is shrinking and ‘value’ is gaining momentum,” said Marshal Cohen, NPD’s chief industry analyst. “The study’s results clearly point out that consumers will be shopping later, looking for value, and searching out lower priced options.”

That should benefit mass chains like Target, Kmart and Wal-Mart. “Target.com continues to be a destination, especially at monumental moments like b-t-s,” said a spokeswoman for the retailer. “There’s an expanded assortment on Target.com, an option for students to make lists and a back-to-college checklist where we’ve curated a list of products students need as they head back to college. Even if they’re not shopping online, our guests are doing some homework and preview shopping.”

A key launch for b-t-s is Denizen jeans from Levi’s, with styles for the whole family. The brand, which is exclusive to Target, features jeans in a variety of washes, dyes and fits. Skinny jeans for boys and girls are $17.99. The new collection from the Disney Channel’s D-Signed brand, “Shake It Up,” is inspired by the characters from the program of the same name and consists of fashion tops, leggings, screen prints and jackets. A previous collection was inspired by Ashley Tisdale’s Sharpay character from “High School Musical.” Customization and personalization of items for b-t-s includes Paul Frank stationary and notebooks, where kids can color the iconic monkey to their liking.

“B-t-s is the second biggest season” next to Christmas, in terms of sales, said Mark Snyder, chief marketing officer at Kmart. “Our customer is compressing the frequency of her trips and saying she’s being more thoughtful and deliberate in what she’s choosing.”

Kmart is trying to leverage social networking in the b-t-s arena. “Selena Gomez has 4 million followers on Facebook,” Snyder said, referring to the actress, whose Dream Out Loud collection is sold exclusively at Kmart. “With the celebrity deals you put together today, you negotiate with them to tweet and do Twitter parties. In the old days it was, ‘How many appearances can you make?’”

Kmart’s silver bullet, according to Snyder, is layaway. “In this post credit-crazy world, it’s one of the things that will get the customer into the store, along with great prices. We grew layaway in 2009 by 3 million families.Layaway is growing in influence every year,” he said.

However, Amy Noblin, a retail analyst at Weeden & Co., said retailers are adopting a more conservative tone with regard to b-t-s. “The economic data have been mixed. There’s a lot of uncertainty around pricing,” she said, referring to how higher cotton prices will impact consumer prices. “That’s the big wild card. Retailers are waiting to see what [their competitors] are going to do with pricing. Certain retailers have been able to deflect some increases to the spring. The price increases will be bigger in the second half of the year. The more cotton-exposed categories are up more.”

For example, Noblin said graphic T-shirts are up $2 to $5, hoodies up by $10 and there are more high-priced denim stockkeeping units offered in the category. “You’re going to see more promotions that help mask the price increases,” she said.

Denim will be important, as always, with styles ranging from “the skinniest leg through boot cut to straight leg to a slightly wider flare,” said Tana Ward, senior vice president and chief merchandising officer for American Eagle Outfitters Inc. “It’s not really about one fit.”

American Eagle’s b-t-s offerings have more of a rocker influence with the marketing message “We the People,” edgier graphics on T-shirts and crop tops. Pre-planned promotions start as early as this week and will continue throughout the season. Ward said American Eagle continues to see more visitors online.

“To truly win b-t-s, J.C. Penney is reaching a new and younger customer through unique digital experiences,” said a J.C. Penney Co. Inc. spokeswoman. “We want to be part of their online social circle through virtual tools that enable them to express their personal style while getting involved in a worthy cause.”

That includes using mobile devices, QR codes, MS Tags and location based check-in this b-t-s season. Penney’s is leveraging the popularity of haul videos, which blend video blogging and a fashion show-and-tell, with a Haul Nation contest on its Facebook page. Teens can upload their haul videos for a chance to win a trip to New York City.

Stardoll, a new brand for b-t-s based on Stardoll.com, is bowing at Penney’s. With more than 100 million users worldwide, Stardoll.com claims to be “the world’s largest fashion and dress up games community for girls.” Penney’s is capitalizing on the popularity of girls designing and dressing personalized “MeDoll” avatars by using those style trends to create Stardoll clothing and accessories, such as five-pocket jeans, $23.99, and floral flounce tops, $17.99. The retailer is also launching its largest-ever online cause marketing campaign to benefit kids’ after-school programs, a spokeswoman said.

Sears is introducing a new juniors brand called American Star. Mix and match related separates feature trendy looks with an “uptown bohemian” feel, a spokeswoman said, adding, “It’s an inspirational collection for us.” Superstretchy jeans and jeggings come in a range of washes and fits this season and jeans have details such as “bling” on the back pockets.

“We do see a trend in increased shopping in September as many kids check out what their friends are wearing, take note of those trends and return to the stores or go online to purchase additional, key items,” she said.