Opening Ceremony Pops In to Nordstrom 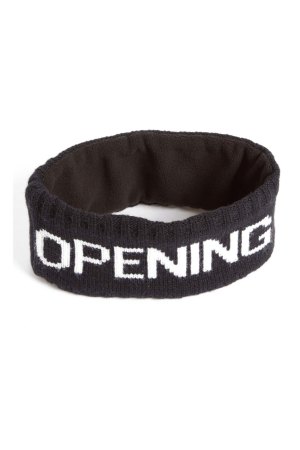 A collaboration between Nordstrom and Opening Ceremony may have been inevitable, given that Olivia Kim, Nordstrom’s vice president of creative projects, spent a decade at the independent retailer.

“Carol [Lim] and Humberto [Leon, Opening Ceremony’s founders,] have remained family to me,” Kim said. “It was such a close partnership. I was there for 10 years.”

“She was our first employee at Opening Ceremony,” said Lim. “When she moved to Nordstrom, the scope of [her job] seemed like a natural fit for Opening Ceremony. Nordstrom has been a longtime partner with the Opening Ceremony brand. It felt like a nice merging of the two companies and our relationships.”

The Pop-In will offer the products of several partnerships, including Harding Lane’s baseball caps with needlepoint designs of aliens, hamburgers and drumsticks, and Opening Ceremony x Rains ultrasonic waterproof jackets and tote bags.

“When we think of holiday, we think of things you’d want for yourself,” said Lim. “There will be things that come in limited quantities and things that you want to get now. There’s so much product out there and so many choices, it has to be compelling.”

From a partnership with Alpha Industries, reversible bomber jackets with the Opening Ceremony logo, priced at $150, and crystal-beaded Minnetonka shoes and slippers, $50 to $145, will be exclusive to Nordstrom. Also, Opening Ceremony striped logo sweatshirts, $150, and T-shirts, $75, and a blackout varsity jacket, $395.

“Holiday is such a big moment for us,” said Lim. “This will allow us to showcase all things we celebrate and create a world inside a Pop-In.”

“Our mission is about discovery and testing and learning and providing excitement, relevancy and newness to our customers,” Kim said. “We’re still evolving that and partnering with great brands.” Hay, a brand from Copenhagen that launched a small capsule at the Museum of Modern Art in Manhattan in the fall, will be the Pop-In after Opening Ceremony.

Heartbreakers Part 2, men’s wear, will arrive in February at select stores nationwide, while 60 new Italian brands through a partnership with the Italian Trade Commission will launch in Nordstrom’s Texas stores.