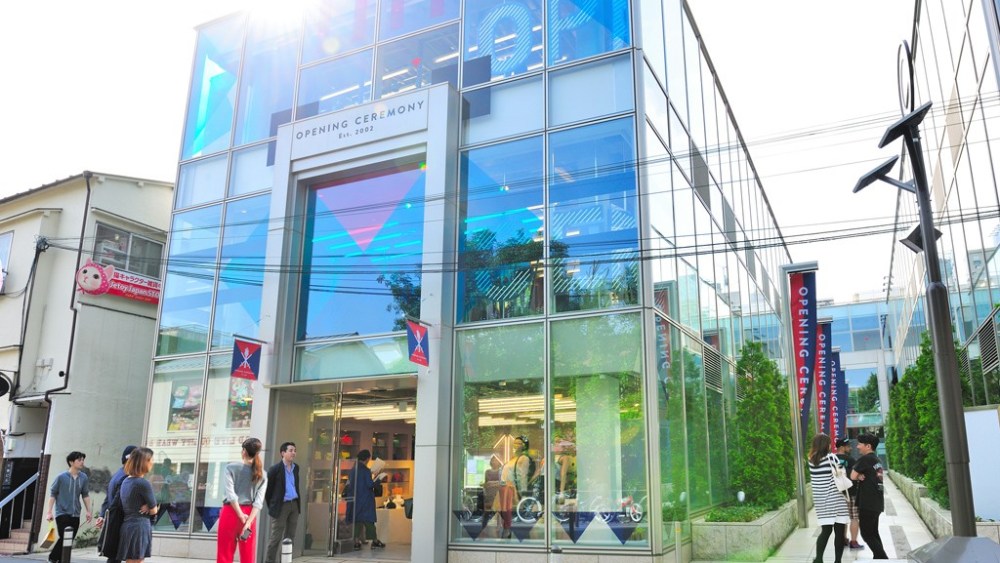 TOKYO — Opening Ceremony has relocated its flagship here to a smaller space on the city’s trendy Cat Street in the Omotesando district.

A cluster of mannequins sporting eyeballs for heads greet shoppers at the entrance to the 13,000-square-foot store, which covers four levels. It stocks a host of labels such as Acne, Proenza Schouler, Rodarte, Carven, Alexander Wang and Sophie Hulme and up-and-coming Asian brands like Japan’s G.V.G.V. and South Korea’s Fleamadonna. The store also carries a bevy of exclusive merchandise, including a line of lingerie designed by model and actress Kiko Mizuhara, Yoko Ono’s provocative men’s collection and a special range of colorful Adidas apparel and sneakers.

Chloë Sevigny will join Opening Ceremony cofounders Humberto Leon and Carol Lim for an inaugural party Friday night, at which customers can place orders for her fall collection exclusive to the retailer. The store opens to the public on Saturday.

“We’re super excited to have this be our new home,” Leon said during a tour of the store. “This is actually one of our favorite streets to shop on.”

In 2009, Leon and Lim opened a massive seven-story flagship in an annex of the Seibu department store in Shibuya in partnership with Onward Holdings Co. Ltd. The inaugural bash attracted a long list of bold-faced names such as Kirsten Dunst, Mary-Kate and Ashley Olsen, Jason Schwartzman and Erin Wasson.

Leon said the Shibuya store had been performing “phenomenally” — he declined to give sales figures — but ultimately the duo wanted to have their own freestanding structure with the flexibility to host events and have total control over their own space. The new store is about half the size of the selling space of the previous location, which had a somewhat daunting layout featuring escalators between every floor.

“The main thing that [pleased] us about moving here was that we had a freestanding space. That we weren’t attached to a big complex…we like to act on a whim and do things spontaneously,” Leon said.

The new store’s design has an open, airy feel with a glass facade and exposed ceiling beams typical of other stores in the neighborhood. Roy Lichtenstein-inspired stripes and polka dots cover some of the flooring, including the stairwells. Quirky display cases shaped like animals were brought over from the old store in Shibuya to furnish a zoologically themed floor.

“The animal fixtures we feel are very signature [to] us, so we wanted to keep them here. They’re all kind of roaming together,” Leon said.

An area of the store housing a large section dedicated to Alexander Wang features metallic displays and accents. Toga, housed nearby, is just one of the many designers offering up special merchandise for the retailer.

“At least half of the brands we feature have either exclusive product and/or in some of the bigger cases capsule collections for us,” said Lim.

The store’s ground floor has an ample space dedicated to Kenzo, which is only logical as Leon and Lim act as creative directors for the brand.

Opening Ceremony has two smaller outposts in Japan in the Lumine shopping complex in Tokyo’s Shinjuku district. Leon said he and Lim are working with Onward to find locations in other Japanese cities for stores.