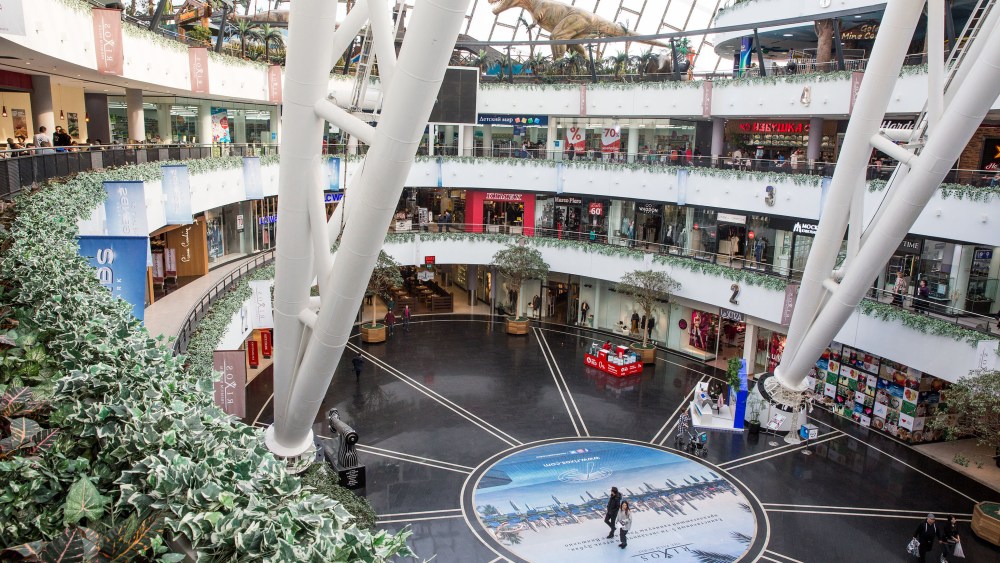 Roughly two years after the last currency depreciation, the retail sector is finally rebounding in Kazakhstan, inspiring optimism among the mall operators in this Central Asian nation.

Since 2009, the country’s economy has been on a rollercoaster. The oil-rich nation found itself affected by the 2008 economic crisis, which led to the first currency depreciation when the Kazakh tenge — at about 150 tenge to a U.S. dollar — was devalued to 180 tenge. Then in 2014, due to the tumbling prices of crude oil and oil-adjacent products, Kazakhstan — where these products make up roughly two-thirds of GDP — suffered yet another currency depreciation, and then another in 2015.

Today, after much volatility, the value of the Kazakh tenge sits at 320 tenge to a U.S. dollar. This means that the prices of imported goods have more than doubled in just nine years, explained Eldar Madumarov, an economist and professor at KIMEP University in Almaty.

The first currency depreciation in 2009 did little to deter the interest of luxury firms, which saw promise in Kazakhstan’s brand-addicted population. In 2012, Esentai Mall, its first luxury mall, was opened in Almaty, the country’s most populous city, as part of Esentai Park — a massive complex which includes the Ritz-Carlton, Almaty; Esentai Apartments, and Esentai Tower.

The $450 million mall, launched by parent company Capital Partners, housed recognizable luxury brands alongside some mass-market retailers when its doors opened. Yet after analyzing the turnovers in the space, Capital Partners decided to transition the mall into a full-fledged luxury-centered haven in 2014, opting to host brands that had not appeared in Kazakhstan as a mono-store before — like Jimmy Choo and Tod’s.

For Esentai Mall, 2015 should have been a triumphant moment, as it had just completed its transition. The space flaunts pieces by internationally renowned artists and sculptors, and its east side boasts a stunning view of Almaty’s snow-capped Alatau mountains. The mall also now has a gallery dedicated to jewelry, boasting high-end names such as Bulgari, De Beers, Chopard and Chaumet.

But this moment was short-lived, said Mirgul Omurzakova, managing director of Capital Partners. “The second wave [of currency depreciation] started exactly just when we finished our re-concept. We were taking a breath, and we thought life would be easier, because to do construction and fit-out works without closing a shopping mall — it’s like doing an open-heart surgery,” she said. “[Instead] we were hit by a major devaluation [that] continued from September [2015], reaching its peak period in January [2016]. It peaked to 380 tenge to $1. That’s the maximum ever.”

Two years after the 2015 depreciation, Zhanybek Alkeyev, general director of Esentai Mall, confirmed in an e-mail that it has returned to pre-crisis numbers when it comes to turnover. “In the pre-crisis years, figures were more than 100 million in USD. After currency devaluation of KZT to USD in 2015, the turnover dropped by almost 40 percent,” he said. “In 2017, we started to approach the pre-crisis turnover level.”

Meanwhile, the downturn has not translated to a lack of visitors, as Esentai Mall has seen an increase since its new concept unveiled in 2015. Footfall the following year increased by 27 percent, and again by 17 percent in 2017. This year, Omurzakova said she expects about 4.5 million to 4.7 million people to visit Esentai Mall.

The tastes of their customer base, which are made up of more than 90 percent Kazakhstanis, veer toward the most recognizable household names — like Louis Vuitton, Prada, Gucci and Dior on the ground floor. But in a bid to inject freshness to the well-heeled crowd, the third level is now stocked with premium tastemakers that are less familiar to locals, like French ready-to-wear label Zadig & Voltaire and Italian fashion house Les Copains. There are also shops featuring Georgian, Russian and Kazakh brands.

“Our goal from our marketing team was to make sure we needed to popularize these brands, to inform the customers….It’s actually teaching the customer that you can get a casual-glamour look for clothing,” Omurzakova said. “We are hopeful. We are looking into the future quite positively because when you have an idea to shop for quality premium goods, the only thing that comes to mind is Esentai.”

The situation is also looking up for their mass-market counterparts. In Kazakhstan’s capital, Astana, Khan Shatyr — the city’s most recognizable shopping center that is in the world’s largest tent — is slowly recovering from 2015’s currency depreciation.

“People’s income became less, so the customers tend to tighten their purse strings. But now the situation is getting better, getting more or less stabilized, and we hope that in 2018, we will have a turnover increase of maybe by 5 or 7 percent,” said Saule Izmaganbetova, marketing department head of Khan Shatyr. “After the currency depreciation, we really felt this impact, and since a lot of products were imported, the cost became double [for locals].”

Even through the downturn, Izmaganbetova said people gravitated toward the Inditex family — Zara, Massimo Dutti and Stradivarius. Jewelry became less of a draw.

She added that the rebound was aided, in part, by Astana hosting the Expo last year. “During the Expo, we had a big increase of tourists coming in from CIS [Commonwealth of Independent States] countries, mostly from Russia, Ukraine; also from China, Turkey. We had a lot of Europeans from Eastern Europe here,” she said. “You could feel that the average spending of the money during the Expo was higher, maybe 8,000 to 10,000 tenge [$25 to $31] for one purchase, on average.”

Some mall operators saw the Expo as a chance to enter the market. Mega Silk Way, the newest entrant into Astana’s mall scene, launched a year ago, three months ahead of the Expo. With a total area of 1.5 million square feet, it is Kazakhstan’s largest mall and the entrance features a pathway to the Expo site’s circular glass dome.

Kanat Tyurebayev, Mega Silk Way’s director, said that despite the volleying oil prices of the previous years, he is confident about the mall’s future. The current occupancy stands at 94 percent, while visitors to Mega Silk Way — which features popular high street brands such as H&M, Adidas, Levi’s and Lacoste — average about a million a month since its March 2017 opening, he said.

“We have a five-year estimated budget and yes, there are a lot of assumptions, but I think there will be a 6 to 7 percent growth each year,” Tyurebayev told WWD.

According to economist Madumarov, this optimism is not unfounded. Kazakhstan’s economic growth for 2018 is estimated to be 2.5 to 3 percent, and is expected to continue increasing next year, he said. “When the economy is growing by about 3 to 5 percent a year, they may generate more income for the middle class, and the middle class having more money may be more interested [in buying] branded items,” he said.

He cautioned that the level of inequality in Kazakhstan means that the regular client base for luxury items remains the same — they are mostly members of the government, or they work within government-controlled sectors.

While middle-class Kazakhstanis still display great desire for branded goods — a trait that comes from being a post-Soviet country where branded clothing and accessories denotes status — Madumarov said this appetite can be dangerous for the future.

“There is a certain level of the population that is quite well-indebted now,” he said. “This habit has become commonplace here. You take a loan and you buy things. And as an economist, I completely feel that this is inappropriate because taking loans, making debts — we are cutting our future consumption.”

Alkeyev is well-aware of how shallow, population-wise, the market is in Kazakhstan. The next step is to develop a tourism strategy that will attract visitors across the borders to shop at Esentai Mall.

“We understand that our market is limited and that’s why we are thinking about developing the tourism to Almaty, to Kazakhstan,” Alkeyev said. “For our company, Capital Partners, we are starting these initiatives to bring more people here. We have very good markets next to us. There’s China, and the Arab countries. And the CIS countries, which are very close to us.”

There are some obstacles ahead. For one, Capital Partners intends to lobby the government to provide tax refunds for visiting tourists, which they will request for only Esentai Park.

The other obstacle is more basic: making people aware of Kazakhstan and what it has to offer. “We are going to advertise in China, to go there and do some road shows, explain what is Kazakhstan and what we have,” Alkeyev said. “Because, unfortunately, most people there don’t know that there is such a mall here in Almaty, which is close to them.”