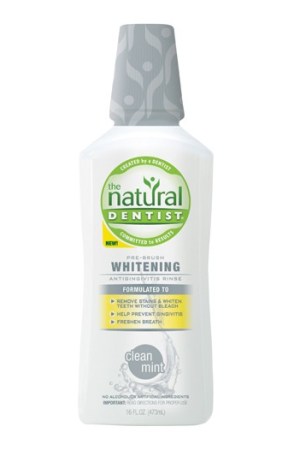 NEW YORK — As health and beauty buyers look for new profit opportunities in a quiet market, many are seeing a flash of brightness from what was once a commodity category: oral care.

Although sales of overall oral care slipped 1 percent for the 52-week period ended Aug. 8, from $1.5 billion to $1.49 billion, oral combinations expanded a sizeable 13.1 percent. These various kits combine rinses, whiteners and other products and are being snapped up by consumers interested in improving their appearance. On a recent trip to area stores, it was found that Walgreens features whiteners on end caps in cosmetics, and Wal-Mart has built power displays of oral items including toothpastes and the new Wisps.

Consumers might be buying for aesthetic reasons, but good oral care is truly a health issue, too.

“The smile is really just where beauty begins and leads to full body health,” said Kristine Schreiber, director of brand marketing, The Natural Dentist. “There needs to be more overlap between health and beauty, because at this point many consumers cause damage to their overall health by trying to get a white smile. The mouth is where beauty and health coexists, but people and the industry need to recognize this.”

Chains such as Walgreens and Duane Reade are reformatting stores to stress their strength in health and wellness, and oral care is well poised to assist. Retailers said the unique fusion of health and appearance is grabbing attention for oral care within stores. With categories such as cosmetics serving up slow turns and hair care delivering paltry gross margins, oral care is nabbing more real estate as chains revamp departments within stores.

There’s been much innovation in oral care over the past five years. Whiteners continue to improve, especially in the area of strips. Many do more than just whiten — they also fight plaque. Rinses are also high-tech and multifunctional, both whitening and fighting gum disease.

A splashy debut this year was Colgate Wisps, portable brushes that don’t require paste or water. The items had a dynamic debut, and although sales have staggered, Wisps carved out nine market share points in its first month on the market. Wisps brought people into the department for more than just toothpaste.

While sales of natural products have fluctuated in some categories, natural is what Schreiber calls “the next frontier of oral care.” Indeed, the Natural Dentist table at the National Association of Chain Drug Stores’ Annual Meeting was among the most crowded last April. “It is a very interesting company,” said Andy Giancamilli, chief executive officer of Katz Group North America and chairman of NACDS. To respond to the economic downturn, the company lowered its mouth rinse price by up to 30 percent to make natural more accessible to consumers.

Although natural is grabbing consumers in oral care, Schreiber suggests merchandising the products within the conventional department. “People mix and match natural and mainstream and don’t want to go to two places, especially to compare price,” said Schreiber.

As chains realign their stores to remain competitive, experts think oral care will play a big role. Some even envision mini dental care and whitening stations in drugstores.

While oral care shines, retailers have a new lure for young men. Parfums de Coeur is launching Bod Man Body Heat Cologne Spray. According to the company, Body Heat fills a demographic and price gap within men’s mass fragrance by targeting men 18 to 34 who are looking for affordable fragrances that mimic designer or celebrity scents. Body Heat is priced at $14.99 for a 1.4-oz.spray and $19.99 for 2.5 ounces. According to Parfums de Coeur president James Stammer, Body Heat widens the appeal of Body Man to a younger audience — the group who grew up on brands like Axe and Bod and are not looking for a more upscale fragrance at a price point they can afford. Parfums de Coeur will spend more than $9 million on marketing, including TV, cinema, sampling and online efforts. In the spirit of Parfums de Coeur, the ad is steamy and, according to the company, was rejected by MySpace for being too provocative.