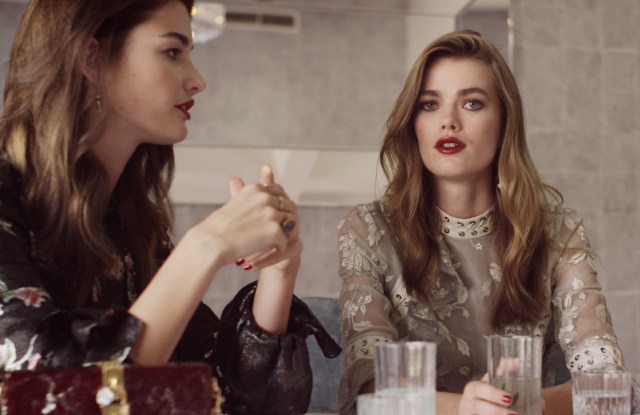 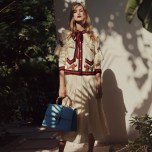 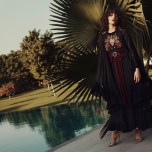 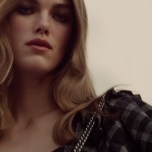 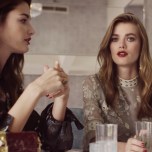 Al Tayer Insignia is seeking to tap the Middle Eastern luxury consumer on a scale never before attempted.

“We understand this customer. We are curating the whole experience for them,” Khalid Al Tayer, chief executive officer of Al Tayer Insignia, the retail business of Al Tayer Group, said in an exclusive interview.

“We are looking at changing the consumer behavior in this region,” added Mohamed Fayed, senior vice president of omnichannel, retail, of Al Tayer Insignia.

The new web site debuts with 230 brands in ready-to-wear, footwear, fine jewelry, handbags, cosmetics and home, and will include luxury designers, big brands, contemporary labels and emerging designers and companies. Ounass, which translates to “a select group of people,” will be in Arabic and English.

Ounass is launching at a time when e-commerce accounts for only a tiny fraction of shopping in the Middle East, although activity in the sector is heating up. It will strive to alter shopping habits in the Middle East where only about two percent of retail sales are conducted online in the region, and where visiting a shaded, air-conditioned, enclosed mall is considered a popular recreational family outing and escape from the sun and heat. The perception is different from the U.S., where many malls are losing traffic.

Al Tayer Insignia will also open Macy’s first international store and a third Bloomingdale’s in the Middle East, both inside the Al Maryah Central development in Abu Dhabi in March 2018.

The parent Al Tayer Group is a conglomerate operating in the automotive, contracting, distribution and service sectors, as well as in retail.

“Ounass will be globally relevant but locally led,” said Al Tayer, noting the web site will have an in-house team of editorial content creators and will further differentiate itself from competitors by showcasing exclusive capsule collections from many designers, among them Gucci, Roland Mouret, Peter Pilotto, Eugenia Kim, Rami Al Ali and Ayesha Depala.

“At the beginning, 20 percent of the offering will be exclusive. We have plans to increase that,” said Eda Kuloglu, senior vice president of merchandising for Ounass and Al Tayer Insignia’s department stores. “The most important part of the assortment is the exclusive capsule collections we have created with key partners and key brands. Our design team has been working very hard on this,” in some cases, requiring months to convince designers to participate.

“We know that our local customers shop all over the world and have access to any number of retailers in the fashion capitals of London, New York, Paris and Milan. Therefore, we have ensured that there will always be exclusive capsules and items not found anywhere else but on Ounass.com,” she said.

The assortment is also geared to the travel lifestyle. “Our customers are very international. They are always traveling,” Kuloglu said. “The assortment is not just for hot weather or Dubai. Our client will find what they need to travel to Europe and the U.S. We will have a more international selection, and it will be very focused on their very favorite styles and prints.” She said many styles will be on the modest side, to cover up more of the body, and will be very colorful.

Al Tayer Insignia buyers shop London, Paris, New York, Copenhagen, South Korea, Japan and other markets around the world. Ounass has its own buyers and utilizes those from Al Tayer’s department stores.

Kuloglo portrayed the Middle Eastern customer as similar to designer shoppers around the world. “They follow social media. They follow what’s going in fashion. They don’t miss anything. They are very quick. They want what’s different, new and edgy,” she said.

Editorial content will be updated on Mondays, and will include interviews with designers, travel features, influencers and fashion trends, including locally created editorial content featuring some of the region’s most influential women. While packing in a lot, “This will be a very easy, friendly, uncomplicated site,” Kuloglu said. “The product is hero, and the web site is clean, not cluttered.”

Among the services on Ounass cited by the Al Tayer team:
• Personal stylists that will be dispatched to customers’ homes, by appointment.
• Two-hour deliveries in Dubai.
• Free delivery of a purchase of at least $300, or about 1,100 dirham.
• Same-day delivery within the UAE, and GCC, or Gulf Cooperation Council, residents outside the UAE will receive purchases within 48 hours.

The primary competition will be from Net-a-porter and Mytheresa. Yet in an indication of the growing competition in the region’s e-tailing, Yoox Net-a-porter Group has set a joint venture with Mohamed Alabbar’s Symphony Investments for a distribution center in Dubai that will offer same-day delivery. The agreement covers all YNAP banners — Yoox, Net-a-porter, Mr Porter and the Outnet — and the center will distribute to the UAE, Saudi Arabia, Kuwait, Qatar, Bahrain and Oman. YNAP ceo Federico Marchetti said, “The region is one of our brightest prospects” and is the fifth most important region for high-end luxury. Middle East customers spend 2.5 times more per year on luxury on YNAP than average customers.”

Earlier this year Alabbar, who is also chairman of Emaar Properties and Emaar Malls, unveiled another e-commerce venture with Noon.com, which will be a general e-commerce platform for the region, going live in January.

According to a Deloitte’s report on luxury goods in 2016, the sector’s growth rate is slowing in important markets such as China and Russia, although some markets continue to perform well and there are pockets of opportunity. India and Mexico are growing quickly, and the Middle East offers further growth potential, the report stated.

According to YNAP, the Middle East is one of the markets showing the biggest growth in luxury, up 10 percent compared with 2 or 3 percent in the rest of the world, with a young population of Millennials who are inclined to shop online.

“We are at an inflexion point in the market,” Al Tayer said. “We are starting to see dot-coms become meaningful sized businesses” in the Middle East. “This was not the case three years ago.”

He believes Ounass will gain market share by providing a more curated, regional-specific assortment and greater personal service than competitors. “They really look at a global audience. We are really focused on providing a great experience for the Mideast customer.”

There have been some smaller local web sites, but Ounass is the first on a major scale with editorial content.

“First and foremost, over the last couple of years we have been really listening to our customers and hearing requests for an online experience,” Al Tayer said.

He cited three “pillars” that create a distinctive shopping proposition. First, having merchants who for two decades have bought for the Middle Eastern customer and who are now getting designers to create exclusives. Second, having a “high-touch” service experience including a network of personal stylists making home visits, and speedy deliveries. And third, leveraging his company’s logistics capabilities.

“We have a lot of know-how. We are just enhancing it for the Ounass experience,” Al Tayer said. By tapping the talents of the company’s existing merchant teams and marketing talent, “What we only needed to complement them with is an e-com team involving technical aspects and some editorial and a lot of digital marketing. Ounass is really not a start-up. It’s an extension of our organization.”

According to Fayed, “We had to augment the team with about 150 people including stylists, translators, photographers and retouchers.” Ounass does all its own photography in its own studio.

Asked how big of a business Ounass could be, Al Tayer responded, “We don’t know, but I think it’s going to be a very big proposition. We are really excited that Ounass is going to be the first regional player with a very dominant offer. We have a first-mover advantage. There have been other propositions but on a much smaller scale.”

As to whether Ounass could cannibalize some business from his company’s brick-and-mortar operations, Al Tayer replied, “I don’t think so. We reflected on that a lot. We believe there is an e-com pure-play customer and a brick-and-mortar omnichannel customer.”

Asked if the site would one day go global, Al Tayer said, “If we are comfortable moving forward and see demands from the rest of the world, it would be something to consider, but our focus is absolutely fanatically focused on the Middle East customer.”