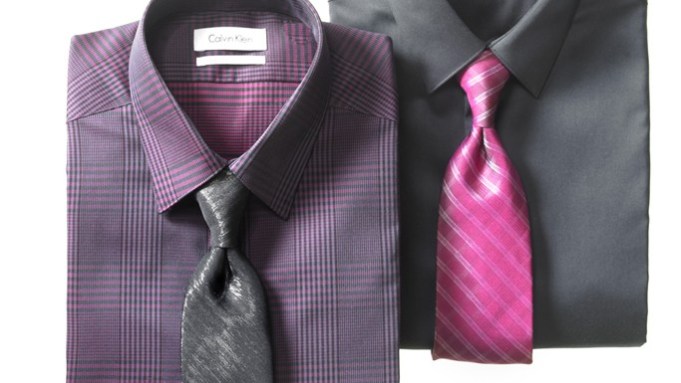 Santa might have come through for retailers in the nick of time.

In a surge of late gift shopping, “Super Saturday” proved to be bigger than expected, raising hopes that retailers can make their holiday revenue goals.

Consumers pounced on widespread price cuts typically 40 to 50 percent off — at least 10 percent higher than a year ago — in a palpable sense of urgency with the holiday just around the corner. The balmy weather got people out in sweaters and sweatshirts, many of whom had to forgo shopping the week before due to the snowstorm affecting business in a third of the country.

Department stores on Saturday were busier than specialty stores. Among the busiest: Macy’s, Nordstrom and even J.C. Penney, which got a thumbs-up from Cleveland Research with a positive read on December sales trends for the struggling chain. TJ Maxx, Marshalls, Burlington Coat Factory, Victoria’s Secret, Old Navy, Anthropologie, Loft and Dick’s Sporting Goods were also said to be very crowded. Manhattan’s main shopping venues on Saturday, particularly Fifth Avenue and Herald Square, were packed morning to late afternoon, while suburban malls were busy, though not crazy.

RELATED STORY: Business Picks Up for Retailers as Holiday Draws Near >>

Nevertheless, the industry outlook for the 2013 holiday sales gains of between 2 and 4 percent at this point hasn’t changed, despite some analyst estimates over the weekend that Super Saturday volumes could have surpassed Black Friday. Retailers have stayed in the game by incessant price promoting driving traffic up and margins down, accelerating online and mobile shopping, widespread free-shipping offers, extended hours including a rash of Thanksgiving Day openings for the first time, and some pockets of merchandise strength. Anecdotal reports from the malls indicated that business for holiday, when all is said and done, will be OK, not terrible. Profits will be hurt by markdowns and increased operating costs from the longer operating hours. Having six fewer shopping days between Thanksgiving and Christmas compared to 2012 has worried retailers and spurred accelerated price promoting.

Though the Super Saturday statistics weren’t available as of press time, one reason it’s seen as potentially the year’s biggest volume day is that retailers started getting highly promotional in the third quarter and accelerated with steeper markdowns by mid-November, sucking some of the wind out of Black Friday weekend. Brick-and-mortar and Web sites fell 2.9 percent to $57.4 billion during the four-day Thanksgiving weekend period, according to a survey commissioned by the National Retail Federation. Immediately after Thanksgiving, retailers hit a deep lull. For the week ending Dec. 15, traffic was down 19 percent and sales were down 0.8 percent, according to ShopperTrak. For the season overall, “Retailers are seeing fewer store visits, but people are spending more money on shopping trips,” Martin said.

Last week, outerwear, luxury that leans to the casual, advanced contemporary labels, performancewear, skinny pants, boots and sweaters fared the best, reflecting trends seen through the fall. “It’s been the best outerwear season in four or five years. Activewear is performing, denim has been weak, jewelry is disappointing, knits have been strong out of the gate,” said Roseanne Cumella, senior vice president of merchandising at The Doneger Group, assessing the season. “Cold-weather apparel is definitely the winner of the season. It started getting good as far back as September when the weather began getting cool.”

“It’s a laid-back casual kind of luxury that’s selling,” said Jim Rosenfield, developer-owner of Marin, Brentwood and Montecito Country Marts in California. “It could be a cashmere baseball shirt, or a blue and white stripe sweater with fur. Items that aren’t blingy or flashy. It’s about things that lift your spirits. I see a lot of women looking casual in their workout clothes. Women are buying athletic clothing and wearing it all day long.” Rosenfield singled out the James Perse Yosemite athletic line as an example.

“Printed leggings is one of our best-selling categories, reflecting a big industry trend this season and our customers’ love of color and prints,” said Evelyn Lee, who runs marketing and visual at Charlotte Russe. “With the weather in the country turning to record cold temps, sweaters are one of our best-selling categories — with our customer loving great colors and prints in our sweaters. Dressing up for the holidays and going out with friends are big occasions at this time of year — our holiday dresses and peplum tops give her different ways to dress up for different occasions. The combat boot continues to be a best-selling fashion trend — and our variety of combat boots keeps it one of the most sought-after shoes of the season.”

Jim Weinberg, president and chief merchandising officer of online off-pricer Beyond the Rack, said knits of every price point have been strong holiday sellers — from sweaters to outerwear. Mobile-related gifts have also been strong at the site as Christmas approached.

“Anything that has to do with a mobile device has been outstanding, whether it’s the actual device or if it’s an accessory that goes with the device or a handbag where you can put your device,” Weinberg said. Watches and jewelry, however, have been tougher categories for Beyond the Rack, though overall, “it’s been an outstanding season. We’ve had double-digit growth again.”

At Gilt.com, the most popular holiday items for women have been earrings, necklaces, boots, bracelets and dresses, while the hot men’s categories are boots, jackets, vintage watches, sweaters and scarves.

Stephanie Roussos, U.S. business manager for Lorna Jane, which has 23 California stores and 160 international units, said that her customers have discovered that the brand’s activewear isn’t just great for the gym, but for nights out, too. Having frequent newness in the stores keeps the shoppers coming in. “Lorna Jane is unique in that we bring 100 new styles to market every month,” Roussos said. “We’ve seen a steady flow of traffic this year, especially in destination centers like Santa Monica Place and Fashion Island.”