OVS and Excelsior Milano will be the official partners and retailers of Expo 2015, starting here May 1. 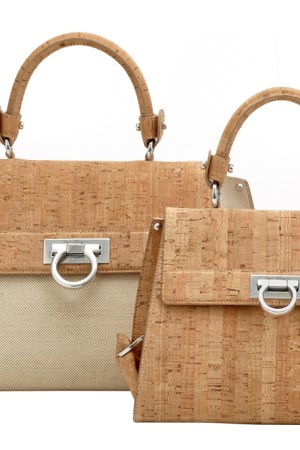 MILAN — OVS and Excelsior Milano will be the official partners and retailers of Expo 2015, starting here May 1.

The two companies will both open a store covering about 1,937 square feet inside the Expo fairgrounds. Designed by Venice’s architects Marco Zito and Alessandro Pedron in collaboration with Italian interior designer Vincenzo De Cotiis, the two units will open on May 18 and will carry a range of customized products celebrating Milan and the Expo. In November, the structure of the two venues will move to the OVS headquarters in Mestre, Italy, to be reassembled and used as a kindergarten for the children of the company’s employees.

“According to market research, the majority of people visiting Expo will have the desire to buy something they can bring home, so we decided to have specific spaces where people will be able to purchase products reflecting both the essence of Expo and the Italian taste,” said Giuseppe Sala, chief executive officer of Expo.

“Our goal is to create small memorabilia, including T-shirts, baseball caps and backpacks, which are able to show meanings and values and can reflect the high-quality of Expo,” said Stefano Beraldo, OVS ceo and Coin Group vice president. He said the company invested about 2 million euros, or $2.1 million at current exchange rate, to build the two structures.

In keeping with the positioning of the two retailers, OVS will carry more affordable and mass market products, while Excelsior will focus on more sophisticated designs.

In particular, OVS has teamed up with Elio Fiorucci to deliver a range of hand-painted items inspired by Saint Francis of Assisi’s “The Canticle of Creation.” In addition, Fiorucci will serve as a tutor for a number of fashion students of Milan’s Istituto Marangoni, who will create special graphics dedicated to Expo. Among the products available at the OVS store at the Expo Gate and at 150 of the retailer’s doors in Italy, there also will be T-shirts with patterns paying homage to the images created for the Expo edition, which took place in Milan in 1906, as well as children’s styles with characters created by Walt Disney’s designers. All the T-shirts will be crafted from bio-cotton.

The Excelsior store will carry not only a range of items conceived by fashion brands, including Marcelo Burlon’s County of Milan, but also technological gadgets and a selection of niche food specialties.

In addition, OVS teamed up with 500 Italian schools to realize a series of Land Art projects using natural elements, such as trees and stones, which have been photographed by drones. The images will be shown at Expo’s Italian pavilion.

Separately, Salvatore Ferragamo is celebrating the upcoming Expo with an accessories capsule collection.

In keeping with the Universal Exposition’s main theme — food, nutrition and sustainability — the limited edition accessories are all crafted from eco-friendly materials. To be sure, the late founder of the namesake company was a pioneer in the use of such elements for the production of several of his designs, especially during World War II as an alternative to leather, for example.

In particular, the capsule includes the brand’s iconic Rainbow shoes coming in a crock and fabric version, as well as a cork butterfly-shaped keychain embellished with studs and the Sofia bag, available both in a regular size made from cork and fabric with metallic details and in a mini design completely covered with cork.

The company also developed an exclusive range of numbered silk accessories, such as foulards and ties, showing patterns combining the brand’s iconic motifs with food-inspired graphics.

The Expo capsule will be available in selected Salvatore Ferragamo boutiques in Italy, including Milan, Florence, Rome, Venice and Capri, as well as the company’s corner located at Milan’s La Rinascente department store.