Change is afoot at Italian mass-market retailer, which is opening a 9,687-square-foot unit on Via Dante today. 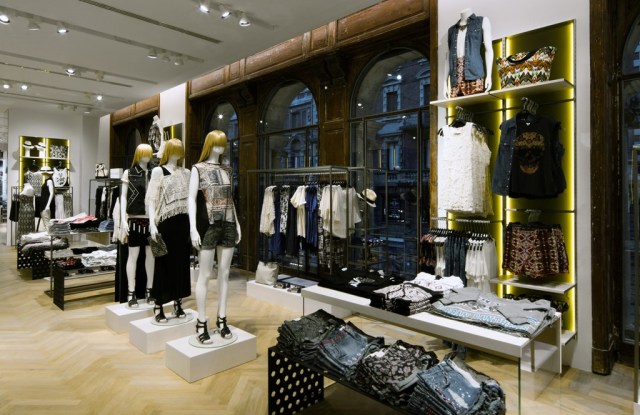 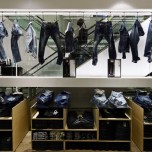 MILAN — Change is afoot at Italian mass-market retailer OVS, which is opening a 9,687-square-foot flagship on Via Dante here today. With its tiled floor, iron shutters, light wood finishings and studiously uncluttered layout, the store offers visual cues to a major shift in creative direction.

In addition to unveiling technological tools developed with Google Enterprise, which will facilitate communication among OVS stores and between the retailer and its shoppers, the company has been positioning itself as a trendier fast-fashion destination. It is also in talks with financial adviser Lazard about an end-of-year return to the stock exchange, which OVS parent company Gruppo Coin exited in 2011 after it was acquired by the BC Partners private equity fund.

During a presentation of the flagship on Wednesday, Gruppo Coin chief executive officer Stefano Beraldo outlined some of the steps OVS — which accounts for the bulk of Gruppo Coin’s turnover — had taken to boost sales and increase its market share in Italy and abroad. Namely, he said OVS was offering more than just cheap prices for basics, focusing instead on a more stylish and higher-quality lineup to combat the tough domestic economic climate and competition from mass-market powerhouses such as Zara and H&M.

“We started paying tremendous attention to product,” Beraldo said, adding that the firm had reviewed its entire business plan, streamlined costs, brought a notable chunk of manufacturing back to Italy and was closely controlling its production abroad.

OVS has also bolstered its design team with two new hires, Caterina Salvador and Marco Mazzoran, overseeing women’s and men’s wear, respectively. Both come from luxury backgrounds, and are working to create collections that are fashion-forward and well made, but remain within an affordable price range.

OVS’ turnover is up 6 percent in the first quarter, and Beraldo said he expects the company to close out the year with modest but consistent growth.

The retailer also plans to increase investments in kids’ wear, where there is significant potential to increase market share, according to Beraldo.