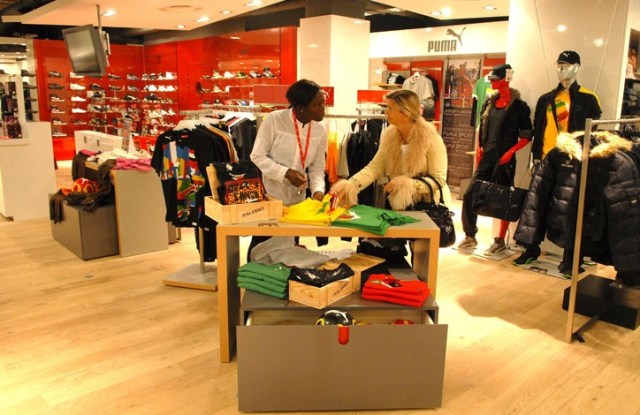 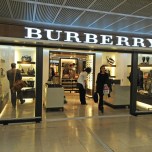 PARIS — Aéroports de Paris is finalizing efforts to bring fashion closer to different kinds of runways — its own.

The airport operator, Europe’s second largest in terms of revenues, recently cut the ribbon on a new duty free shopping mall based in its Paris-Orly South terminal. The space boasts Cult, the biggest fashion and accessories boutique yet under a recent fashion and accessories retail venture between Aéroports de Paris and Swiss airport operator Nuance Group. The venture is dubbed Duty Free Paris. Fashion is taking a more central stage in Paris airports, and it’s paying off. Apparel sales since summer in the revamped 2E Charles de Gaulle site, for instance, have surpassed beauty sales.

Geared to luxury brands, the redone terminal, which opened in March, is the first travel retail zone to host the Yves Saint Laurent, Ralph Lauren and Ladurée brands. Recent attractions included a personalization service for leather goods in the Hermès store, courtesy of an on-site artisan.

“Brands see the airport as a laboratory and their biggest window,” said Aéroports de Paris retail director Florence Lenne, who disclosed she is mulling projects with Paris Fashion Week for the terminal, which serves destinations including the U.S., Japan, Russia and China.

Despite a 6.4 percent drop in traffic in the first quarter of 2009 at the operator’s Paris-Orly South terminal, retail sales climbed 1.4 percent over the same period. Every year, some 10 million passengers use the Paris-Orly South terminal, 70 percent of whom are French nationals. Since 2004, its retail surface has doubled to around 24,000 square feet, representing an investment of some 25 million euros, or about $37 million at current exchange.

The Cult store, which measures around 5,400 square feet and is situated at the bottom of a main escalator leading travelers to the departure lounge, offers leisure-focused products from sportswear, denim, swimwear and accessories brands including Diesel, Eres, Banana Moon and Agatha, as well as Aéroports de Paris’ first footwear space. Duty Free Paris operates a performance-based partnership with brands based on fixed contractual objectives.

“Our ambition is to create a shopping reflex, that consumers anticipate their arrival here to fit in shopping time,” she said. As encouragement, tops are the main article of clothing on offer, for instance, as they take less time to try on. Flight screens are positioned inside stores and even changing rooms, which are also designed to accommodate baggage.

Customer information obtained from the scanning of boarding passes at the purchasing stage is used to better adapt product selection. “It’s a powerful marketing tool,” said Guy Bodescot, general manager of Duty Free Paris, who said the offer is based on a “nonelitist” range of brands and prices, going from Esprit to Ralph Lauren, say, or, for jewelry, Agatha to Blancpain.

According to Bodescot, the aim is to differentiate products from counterfeit goods easily available in many of the destination countries served by the terminal, primarily in North Africa’s Maghreb region.

A Printemps store further down the mall, meanwhile, hosts brands such as Longchamp, Guess, Lacoste and Gerard Darel, followed by separate timepiece and jewelry and beauty stores.