Thousands of stores and museums stayed shut, turning the French capital into a ghost town two weeks before Christmas. 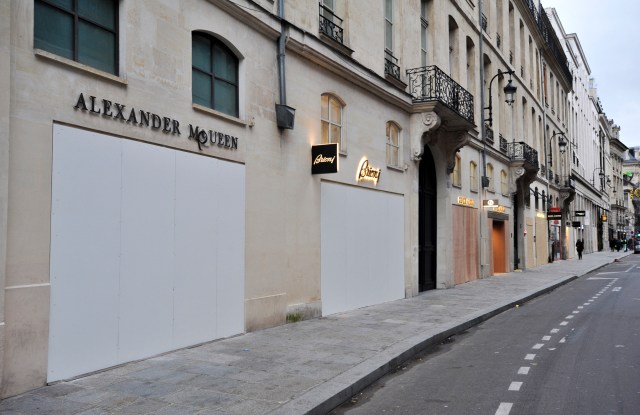 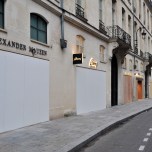 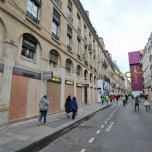 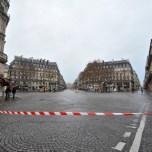 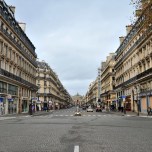 PARIS — Retailers across France were left assessing the cost of another weekend of protests throughout the country, which in Paris resulted in more damage than the prior week, according to officials.

Entire sections of central Paris, usually bustling with Christmas shoppers at this time of year, were deserted on Saturday as police faced off against demonstrators across town in the fourth weekend of violent antigovernment protests. Thousands of stores erected wooden barricades and remained shut, as did major tourist attractions and museums, including the Eiffel Tower, the Louvre museum, the Centre Pompidou, the Fondation Louis Vuitton and the Paris Opera, effectively turning Paris into a ghost town — except for the 10,000 protesters in yellow safety vests who descended on the French capital.

Paris officials said the damage was worse than the week before, as the protesters were unable to erect barricades and instead fanned out over the city.

“We did not avoid the worst. The image that Paris, that the country, has sent the world is catastrophic,” Emmanuel Grégoire, deputy mayor of Paris, told France Inter radio on Sunday.

“It’s being said that things went better yesterday, probably because the images were less spectacular, but the reality is that there will be more damage resulting from yesterday’s events than the week before, because the incidents were much more geographically widespread,” he added.

French Finance Minister Bruno Le Maire described the demonstrations as “a crisis” for society and democracy. “It’s a catastrophe for commerce, it’s a catastrophe for our economy,” a BBC report quoted him as saying during a visit to stores in Paris damaged as a result of the protests.

While the violence was relatively contained, the store closures are expected to cost the retail sector millions of euros — and potentially billions — in lost business. French daily Le Figaro quoted Anne Haine, managing director of Nielsen France, as estimating the impact on retail so far at 400 million euros, of which 200 million euros were deferred sales, and 200 million euros lost business. However, that figure could be only a fraction of the actual damage overall. The French retail federation told Reuters on Friday that its members had lost 1 billion euros in sales since the protests began on November 17, while Francois Asselin, head of the country’s confederation of small and medium-sized businesses, was quoted in the Journal du Dimanche newspaper as saying that the association’s members had lost 10 billion euros so far.

Business leaders hope Macron will succeed in quelling the protest when he addresses the nation next week. The French president has been virtually invisible since returning from a G20 summit in Argentina a week ago.

Prime Minister Édouard Philippe, who has stepped up to the plate, said on Saturday that security forces remained vigilant and mobilized, while holding out hope that dialogue will prevail. “We must now restore national unity through dialogue, work and rallying together,” he said.

Grégoire noted that looters descended on the capital as the protests dispersed, targeting specific stores. “The economic losses are considerable,” he said. Several thousand demonstrators gathered on the Avenue des Champs-Elysées, surrounded by a heavy police presence. Though there were some skirmishes, the protests remained mostly peaceful. Vandals tore down the wooden panels that had been erected around the Publicis Drugstore to erect a makeshift barrier, but were quickly repelled by riot police.

But the violence spread to other areas, with protesters setting cars on fire, throwing paving stones at riot police and looting stores.

Armored cars rolled through the Grands Boulevards shopping district, past department stores’ holiday window displays, and up the Boulevard Sébastopol, in scenes rarely seen in Paris, as security forces switched strategy and used mobile units to patrol and help prevent the widespread damage to businesses and monuments seen last week.

The Interior Ministry said 1,723 people were detained and 1,220 were taken into custody. Protesters arriving in Paris early on Saturday were subjected to searches, during which police confiscated gas masks, projectiles, knives, batons and fireworks.

“The escalation of the violence has been stopped. It is now at a level that is contained, to be sure, but still totally unacceptable,” Interior Minister Christophe Castaner told a news conference on Saturday evening.

A total of 125,000 people nationwide took part in the “gilets jaunes” movement, which began as discontent over a fuel tax, but has broadened to encompass a range of frustrations over declining living standards, taking a violent turn that has caught the country by surprise and thrown the government of French President Emmanuel Macron into crisis.

A total of 264 people were injured, including 39 police officers, down from 201 protesters and 284 police officers on Dec. 1, the Interior Ministry said.

Castaner credited a “plan based on responsiveness, mobility and immediate intervention” that allowed security forces to “counter the momentum of hooligans every time they tried to regroup.”