Paris When It Glistens

Setting the tone for global retail. 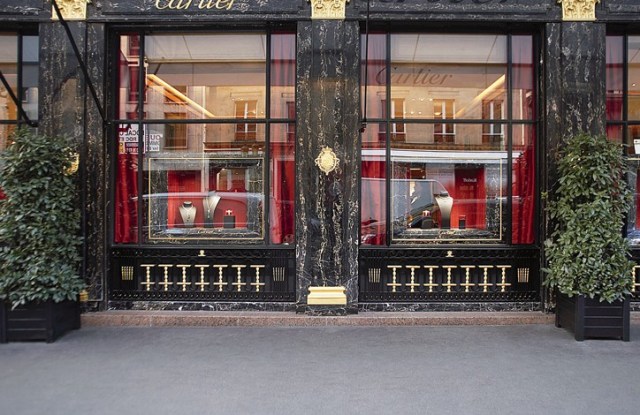 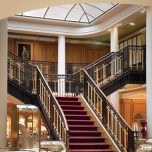 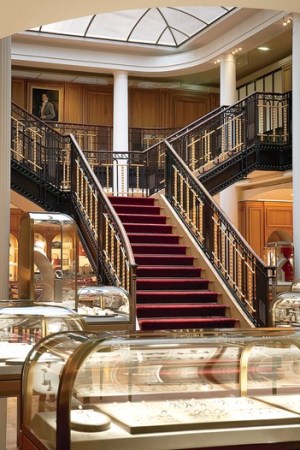 Cartier’s Boutique on the Rue de la Paix is a key strand in its DNA.

The flagship is both the fabled jeweler’s historic showcase as well as the site of some of its most famous special orders, from Mexican actress María Félix’s extravagant crocodile necklace to the Duke of Windsor’s cigarette case engraved with the route of his honeymoon voyage for his wife, Wallis Simpson.

The shop dates to 1898. Louis-François Cartier opened the company’s first store in Paris in 1847, on the Rue Montorgueil. By 1853, he had taken a new location near the Palais Royale, on the Rue Neuve de Petits Champs.

In 1859, with Paris’ “grand boulevards” popular during the Second Empire, the business was moved to the bustling Boulevard des Italiens, reflecting Cartier’s knack for being in tune with its clientele’s habits.

With the approach of the turn of the century, however, Cartier was looking for a new site. The Rue de la Paix, running from the Paris Opera to the Place Vendôme, was already attracting prestigious clients.

Couturier Charles Worth opened a boutique there, and Jeanne Paquin and Jacques Doucet followed. Art dealers Durand-Ruel were on the street, as were chic jewelers Mellerio and Vever.

It is said the industrious Louis Cartier suggested a move to the street even before the company found an address. A spot became available in 1898 when the Hotel Westminster changed ownership and the location at 13 Rue de la Paix was his.

Though the neoclassical facade had a somewhat daring air for the time, inside the shop was very classic, with an 18th-century, Louis XVI decorative style. The grand gallery, with coffered ceilings and allegorical paintings, was — and remains — the shop’s main room.

Customers entered by way of a vestibule into a series of jewelry salons, including the Salon des Perles, which played a very important role until 1920, before pearls were cultivated by culture. At the time, pearls were rarer and more valuable than diamonds.

In those days, the master pearl stringer was called Madame Visage, a mysterious name for a very important woman.

Behind the pearl salon was the office of René Peieur, who was Louis Cartier’s secretary and the store’s star salesman. Peieur had worked with Worth, as had the store’s other top seller, Alfred Buisson. These two men, who took care of the rich and famous, became as celebrated as some of their clients.

Buisson is said to have arrived every morning at the shop in a chauffeur-driven car, whose door was opened by a porter wearing white gloves.

Through the years, the store was refurbished many times but always remained true to its classical, readily identifiable ethos.

In 2005, the 9,000-square-foot boutique, with 6,000 feet of selling space and 3,000 for administration, got a major overhaul, with the ground – and first-floor sales spaces being enlarged significantly. A bespoke fragrance salon was added. The second and third floors are now devoted to jewelry ateliers. The fifth and sixth floors house Cartier’s archive.