Patagonia received the award for entrepreneurial vision at the Champions of the Earth gala held by the United Nations.

Rose Marcario, CEO of Patagonia accepts the award for entrepreneurial vision at the U.N. Champions of Earth gala.

NEW YORK — Capping Climate Week and heated conversation on climate change at the General Assembly was the United Nations Champions of the Earth gala, which celebrated the youth visionaries and corporate executives leading the charge on climate action.

The honorees at this year’s gala included Fridays for Future, an organization started by youth activist Greta Thunberg of Sweden; Costa Rica for policy leadership; Ant Forest for inspiration and action; climate scientist Katharine Hayhoe for science and innovation, and Patagonia for entrepreneurial vision. 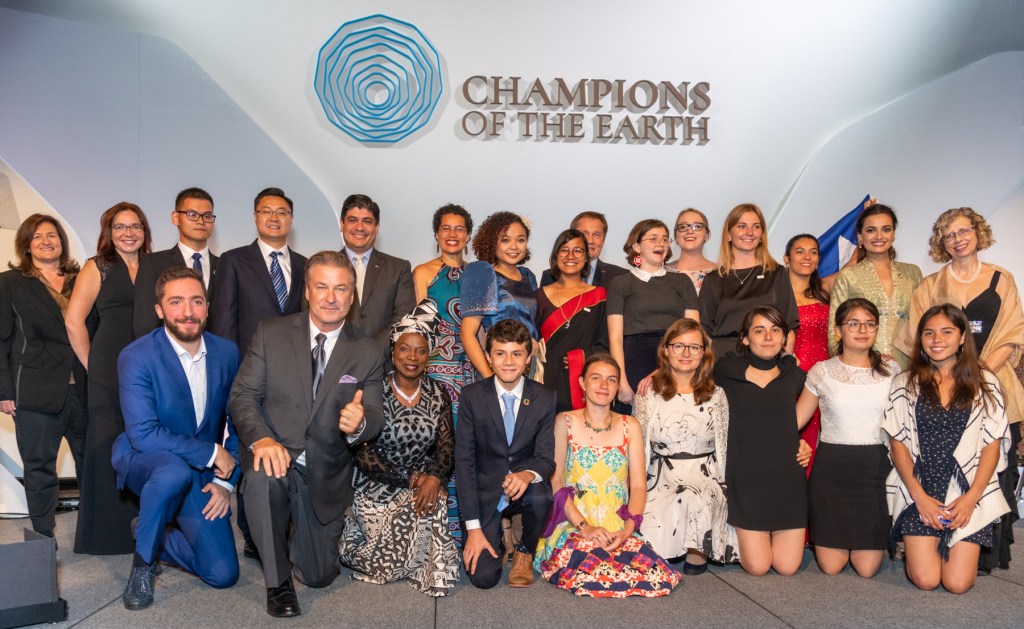 The laureates of the U.N. Champions of Earth gala.  Courtesy Image

“If we lead by example then that will hopefully motivate the rest of our industry,” Marcario told WWD. Certain regenerative organic solutions are being piloted right now, and Patagonia is working toward carbon neutrality in its entire supply chain by 2025. But it’s hard work and it takes time, as Marcario indicated.

“We’re not going to solve these problems one company at a time, we need collaboration,” she said. As for her advice for companies looking to overhaul their businesses for the fashion industry’s new future, Marcario said, “Start going deep into your supply chain.” Fair labor and raw material sourcing should be top-of-mind.

Calling much of the recent industry efforts “meaningful,” Marcario cautioned that company executives need to “keep the momentum going and still show up and act.”

As for how consumers detect potential green-washing over true efforts, Marcario added, “That’s why certifications help,” naming off responsible wool standard, fair-trade certification and those marks “that let the consumer know that what they’re buying is more responsibly made.”

But the guiding metric is scalability. “Sustainable at scale is the more important metric,” reiterated Marcario, citing how nearly 70 percent of Patagonia’s total line is made of recycled material, as well as the 100 percent organic content.

At service to change-hungry customers, Patagonia Action Works is a program that connects its customers to local grassroots environmental efforts. “People want to do something, they want to act, and I think companies play a role in pushing governments to act,” said Marcario, who wants to “make it really clear that having people in government denying settled science are not responsible people to have in government.”

Still a certain “throwaway culture” guides much of the appetite for clothing, especially in the U.S., and one of the seven “Young Champions of the Earth” — and only male recipient — 23-year-old Omar Itani from Lebanon, aims to redesign the future of fashion with his distribution project.

Marcario echoed this sentiment, too. “The best thing an individual can do is keep their clothing in use longer — that reduces your individual clothing footprint,” she said in the interview with WWD prior to the awards ceremony. Responsible consumption is an important dialogue at Patagonia, which offers its recycling program, “Worn Wear” resale platform and garment repairs.

Asked about her own “clothing footprint,” Marcario laughed, saying, “It feels like I wear the same four things every week.”