Newly installed concept shop brings all classifications together in one prominent location on Madison Avenue. 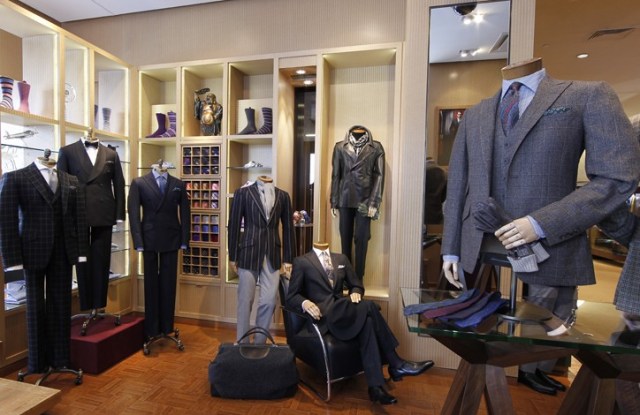 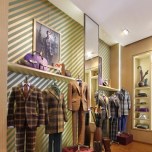 Paul Stuart is not known for making a lot of drastic changes. So when the venerable 73-year-old specialty store introduced a new slim, modern collection of men’s wear named Phineas Cole in 2007, it represented a sea change for the brand.

But the customer has responded and Phineas has now grown to represent 15 percent of the company’s business and sales are currently running 25 percent over last year.

To further boost business, the retailer this week is opening a concept room at the front of its Madison Avenue flagship bringing together all components of the brand in one place. It is a revamp of the 650-square-foot space that had housed Phineas product for the past two years.

“This is our ninth collection and we’ve been quietly growing and shaping it for almost four years now,” said Shahriar Shahandeh, director of marketing and brand development. “What’s new about the concept room is a new look and feel with a more fleshed-out Phineas Cole personality. In it, customers can experience the full character of the brand from sportswear, tailored clothing, dress furnishings and luggage, as well as expanded accessories offerings in one space. Customers can come in, select limited edition exclusive fabrics, discuss their desires and experience the world of Phineas Cole.”

The shop, which has its official opening today, features the fall line and showcases a collection inspired by Hollywood of the Twenties. Among the offerings are one-button peak lapel suits along with six-by-two double-breasted jackets, dressy sportswear, English city tweeds, modern Savile Row-inspired suits and an expanded collection of eveningwear. Exploded plaids and mixes of checks are also offered.

Paul Stuart will market the collection in print advertising in September that will include a catalogue, newsprint and various social media initiatives. The ad images have been “fleshed out,” Shahandeh said, and the shoot was done on location rather than in a studio.

The collection is also carried in the company’s two stores in Chicago and Shahandeh hinted that if the concept shop on Madison proves successful, the company might consider opening a separate Phineas Cole boutique. “We’ve discussed that,” Shahandeh said, adding that a timetable has not been set.