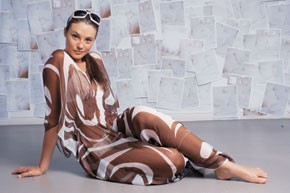 Just a month after closing on the $37 million deal with Liz Claiborne Inc. to buy contemporary brands C&C California and Laundry, the company has made changes — including a downward revision of 2008 revenue projections for the two brands.

“We are very pleased that within five weeks of having closed the C&C and Laundry transaction with Liz, we were able to transfer all of the information into our system and complete integration of these two businesses into our company in record time,” George Feldenkreis, Perry Ellis chairman and chief executive officer, said on a Tuesday morning conference call to discuss the company’s fourth-quarter earnings. “I have to mention that some of our competitors that have made similar acquisitions have not been able to accomplish such a fit even years after the purchase date.”

Perry Ellis outlined changes it has already made for the brands, including:

– Closing a distribution center, which will save about $2 million a year in costs.

– Starting to make plans for licensing deals, noting Laundry currently has only one licensee.

Perry Ellis believes it can grow its women’s business to the $150 million level within the next five years, though for 2008 it already lowered earnings projections for those businesses.

After closing on the acquisition in February and better analyzing the books, the group revised the 2008 projection from $60 million for the two brands to $50 million to $60 million, including the boys’ business, said Feldenkreis. The revision stemmed more from Laundry than from C&C.

“Some changes were necessary to fully realize the potential, particularly at Laundry; we’ve decided to bring back Laundry’s brand heritage and recapture its West Coast roots,” said Oscar Feldenkreis, president and chief operating officer. “Our first step was to move all Laundry design back to Los Angeles where it was originally born. Laundry continues to resonate strongly with a large group of loyal followers who made it a $100 million brand just a few years ago. We believed that the changes coupled with the increased management attention can put it at that level again in the not too distant future.”