He fills a position that's crucial to the chain's turnaround efforts.

Ejarque Lopez will report to Michelle Wlazlo, executive vice president and chief merchandising officer, when he joins Penney’s on June 10. He will be responsible for overseeing and developing all of the retailer’s women’s apparel merchandising strategies and programs. He succeeds Jodie Johnson, who left the company. 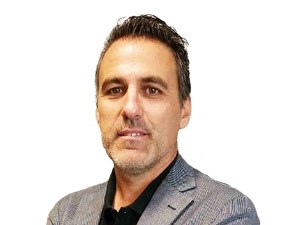 In the past few years, Penney’s has been trying to improve its apparel business, largely by shifting from being overly traditional and career-oriented to offering more casual, contemporary and active styles.

In addition, under the leadership of Jill Soltau, Penney’s chief executive officer since last October, the store has been reducing its hard goods offerings, including exiting major appliance and in-store furniture categories, to put greater emphasis on soft goods. Women’s apparel represents roughly a quarter of Penney’s $13 billion in annual revenues.

“Enhancing our apparel areas will continue to be a key focus. It’s critical to our success moving forward,” Soltau recently said.

Soltau also said Penney’s is “taking a diligent approach to our home assortment” and that removing appliances enables the company to refine the soft home assortment.

Since joining Penney’s, Soltau has overhauled almost the entire top management. She is searching for a head of e-commerce.

Wlazlo said Ejarque Lopez’s appointment “fills a vital component of our merchandising leadership team, and we are eager to leverage his broad expertise in women’s apparel as we curate and develop sought-after brands and assortments to make J.C. Penney a preferred shopping destination for our customers.”

Prior to Guess, Ejarque Lopez was vice president and gmm of women’s apparel and accessories for Kmart, part of Sears Holdings. Penney’s said that at Kmart, Ejarque Lopez managed a portfolio of 10 brands, “improved gross margin significantly and increased speed to market while defining the product and merchandising strategy.”

Earlier, Ejarque Lopez spent 13 years with Stradivarius, the international women’s and men’s specialty chain owned by Inditex in Spain, which also owns Zara. At Stradivarius, he held different jobs including heading up buying, allocation and sourcing.