Peter Arnold, executive director of the CFDA, will leave to become president at John Varvatos Enterprises. 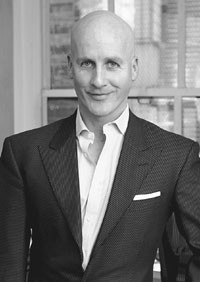 NEW YORK — After four years as executive director of the Council of Fashion Designers of America, Peter Arnold is leaving to become president of John Varvatos Enterprises Inc.

The move, effective in August, puts into motion a search to replace Arnold. He was the face of the organization in a challenging, high-profile job that requires skills from handling programming funds to managing major events and tending to fashion’s strong and often demanding personalities.

Arnold, 46, joined the CFDA four years ago, replacing Fern Mallis, who became vice president of IMG, which owns 7th on Sixth. He was considered a bold choice, since his background was in law rather than fashion or public relations. Arnold had been a partner at Sidley Austin Brown & Wood LLP, specializing in corporate transactions.

He’s been credited with bringing the organization back to its core mission by focusing attention on members and cultivating relationships with young designers. He spearheaded the CFDA/Vogue Fashion Fund with Anna Wintour, editor in chief of Vogue, and expanded the CFDA’s Fashion Targets Breast Cancer initiative. Arnold also managed the implementation of several mentoring and scholarship programs and sought to rejuvenate the annual CFDA Fashion Awards. His contract expires on Aug. 1.

“It was never part of my long-term strategy that I would use the job as some platform from which I would go to a design house,” Arnold said in an interview. “In my time at the CFDA, opportunities have come my way that I have considered….The opportunity to join John was one that I couldn’t say no to.”

Arnold’s departure comes amid speculation about a successor to CFDA president Stan Herman, who is stepping down in October 2006. Among those mentioned have been Joseph Abboud, who is said to be interested in the post, and Diane von Furstenberg.

Herman said he intends to call an executive board meeting this week, with a full board meeting on July 12, at which the choice of a successor will be discussed. “We will be doing it intelligently and swiftly,” Herman said. “I am definitely going to spend the next few months to make sure there is a continuum in the organization. There will be a smooth transition.”

At Varvatos, which is a partnership with VF Corp., Arnold will oversee the day-to-day business, including finance and strategic growth. He will report to chairman and chief executive officer John Varvatos, who had held the title of president.

“By bringing in Peter, I want to focus the biggest part of my attention to the product and marketing of the brand,” Varvatos said in an interview. “I am really augmenting what I do. We are bringing in someone who can add value to the management team. Peter will be looking at global growth, as well as licensing opportunities.”

Varvatos and Arnold know each other well. Varvatos serves on CFDA’s board of directors. He also won the CFDA Perry Ellis men’s wear award in 2000 and the men’s wear designer of the year award in 2001, and again at the organization’s gala this month.

“I have seen him in action, and I have always had respect for him,” Varvatos said. “I know he is a smart guy. I was also looking outside of the box, rather than hiring the standard person who was already a president somewhere else.”

Arnold is likely to also be given the mission of building Varvatos’ women’s business, which the designer launched a year ago. Women’s accounts for about 20 percent of Varvatos’ business, which industry experts peg at just under $50 million in combined wholesale and retail operations. The designer has four retail stores.

Arnold said he has never looked back after leaving the law and getting a taste of the fashion industry. But is he ready to tackle difficult issues such as chargebacks and markdowns?

“I am aware that it’s well within the scope of what a president does,” Arnold said. “I actually think someone with a fresh perspective and a different approach is what John was looking for. He wants someone who comes in and challenges and shakes things up a bit.”