Peter Som is the latest guest designer in Kohl’s DesigNation series, where designers take inspiration from an international locale. 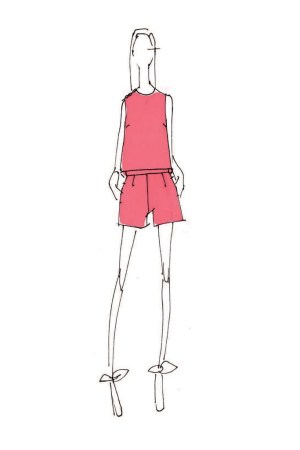 Peter Som is the latest guest designer in Kohl’s DesigNation series, where designers take inspiration from an international locale.

This story first appeared in the September 5, 2013 issue of WWD. Subscribe Today.

Som drew creative influence from a recent trip to St. Barth’s, which he called, “one of the most beautiful locations in the world. I love the beach and I’m a Francophile, so I love the culture as well.” His collection channels the laid-back, luxe lifestyle of St. Barth’s, from “colorful designer boutiques to chic cottages lining the harbor.”

“Peter Som has a fresh point of view on modern fashion that enables him to blend sophistication with elegance,” said Don Brennan, Kohl’s chief merchandising officer.

Som’s collection will be available exclusively at Kohl’s and kohls.com in spring. Prices range from $36 to $88.

“My decision to partner with Kohl’s was a way for me to make my clothes more accessible,” Som said. “It allows me to reach a broader audience, but not sacrifice fashion. [Kohl’s] is such a huge manufacturer and it has the talent to be able to bring what I wanted to bring into this price point. It was exciting because I didn’t have to compromise.”

Som said his only other collaboration was with Anthropologie. He created a colorful, print-heavy line that launched in May as part of the retailer’s Made in Kind initiative. “It was a different price point and a different aesthetic,” Som said.

“I love print, pattern and color,” Som said of his DesigNation collaboration. “Some of the prints in the collection are based on things in St. Barth’s, done in my slightly abstract way. There are palm trees and flowers. It’s done through the filter of what I love. The collection has a nice easy feeling, which I think is the way women dress now. We have some great maxidresses. There are bomber-style jackets and great jersey pieces. It’s effortless dressing. For me, it was great working with Kohl’s. It shows it’s possible to create effortless style at a great price point.”

DesigNation was introduced in fall 2012 with Narciso Rodriguez, followed by Derek Lam in spring 2013 and Catherine Malandrino in fall 2013.