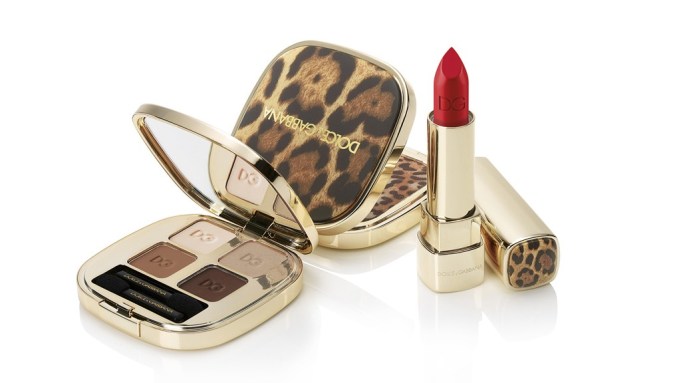 P&G created its original prestige division, called P&G Prestige Beauté, in 1992 through the acquisition of Eurocos Cosmetic, which had licenses for Hugo Boss and Laura Biagiotti. In 2001, P&G bought Jean Patou Paris, and with it the Lacoste license, and in 2003, the company snagged the Valentino fragrance license (now owned by Puig). In 2005, the acquisition of Wella’s Cosmopolitan Cosmetics brought more than 25 brands, including Escada, Puma, Bruno Banani and Mexx, into the fold, and P&G renamed the division P&G Prestige Products to reflect the multiple categories, including male grooming, it now encompassed. In November of that year, the company signed a licensing agreement with Dolce & Gabbana, and in 2006, Gucci signed a contract with P&G after the expiration of its contract with Wella. In 2009, the company’s luxury skin-care brand SK-II joined the prestige branch, as its target consumers shared the profile and distribution channels of other prestige brands. P&G Global Prestige has a portfolio spanning “from the most luxurious names in fashion through to our most recent license, 007,” said Crewes, referring to the recently launched James Bond fragrance brand.

RELATED STORY: Bob McDonald Looks to the Future of P&G >>

P&G initially decided to go after the prestige fragrance market believing “that the fundamentals of the fragrance business were completely in line with P&G core strengths, namely brand-building, consumer-driven innovation, scale and go-to-market excellence,” said Crewes. Central to building the business is a relentless pursuit of consumers’ “unarticulated needs,” she explained, through direct interaction with beauty shoppers worldwide — whether in stores or in their homes — as well as through extensive product, concept and advertising testing.

Skin care (33 percent), fragrance (33 percent) and cosmetics (20 percent) represent the major components of the global prestige market — worth more than $90 billion in annual sales — while hair products and other categories account for the remaining 14 percent. Today, P&G Global Prestige is among the top five beauty companies worldwide, and though Crewes wouldn’t divulge percentages, she said its own breakdown closely mirrors these figures.

Currently based in Singapore, Crewes joined P&G in her native Australia in 1988, when she worked as a brand assistant for Pert shampoo. “I expected to stay a couple of years, earn some money and go back-packing through Europe — the Australian dream. But once I started work, the company gave me a lot of opportunities,” she said.

At 25, she moved to Japan to develop the Max Factor and SK-II brands. P&G paid for language lessons — a benefit the company still offers employees sent on international assignments. Over the years, Crewes continued to work for P&G on brand development and marketing for hair, skin, cosmetics and fine fragrances in Asia and Australia, rising through the ranks and becoming president of Global Prestige in 2011.

The prestige business is flourishing. P&G’s Dolce & Gabbana cosmetics license has tripled in revenue since 2005, while Gucci has more than doubled its business over the last two years and will grow by double digits this year, fueled by strong results from the Gucci Flora, Gucci Guilty and Gucci Première fragrances, said Crewes. Hugo Boss is expanding its selection of women’s scents with the launch of Boss Nuit. And SK-II is seeing double-digit growth in Asia, where it is the number-one skin-care brand: its first men’s skin-care products sold out at the Korean launch in four days, prompting subsequent expansion into Hong Kong, Taiwan, Greater China and Singapore. “SK-II is our first Prestige billion-dollar brand, and our first Asian billion-dollar brand,” said Crewes.

Skin care is key to prestige growth, and the men’s category is developing rapidly. When P&G discovered that many men were borrowing their partners’ SK-II products, but that few of them were approaching the beauty counter for advice, the company spotted an untapped market. “What we wanted to do was actively get into the men’s line, and it made perfect sense in Asia. Asian men don’t seem to have the stigma that they are doing something that is more of a women’s ritual,” said Crewes.

In Europe and in the West, skin-care product usage is lower among men than in Asia, but there is a generational divide, with younger men more willing to experiment. “It is one of the fastest-growing categories,” Crewes noted.

Celebrity brand ambassadors also have been key to marketing SK-II, with a caveat: P&G only hires celebrities who are already users of its products. Australian actress Cate Blanchett is one and, recently, Korean heartthrob Yoo Ji-tae became the first ambassador for the SK-II men’s line.

“It’s amazing the authenticity he’s able to bring to guys,” said Crewes. “It’s not fake, it’s not that he’s gone ‘OK, great, I’ve just signed with this brand and I’m learning about it.’ You know, he’s actually teaching us a few things.”

If Eastern consumers are shaping skin-care habits in the West, then Western consumers in Europe and the U.S. are sparking interest among their Asian counterparts in fine fragrances and cosmetics, thanks largely to an increase in travel and Internet usage, said Crewes. In Japan, where SK-II has been an established skin-care brand for 30 years, the newly launched SK-II color cosmetics line has performed well.

“Europe remains the largest and most established fine-fragrance market,” she noted, adding that the U.S. market, while also large, was more driven by volume than by individual consumption habits. Color cosmetics, meanwhile, are up by 150 percent this year in Italy, where Dolce & Gabbana’s line is among the top three brands at department stores.

P&G sees significant opportunity for growth in the fine-fragrance business in Latin America, the Middle East and China.

“We do see growing interest from consumers, especially younger ones as education on the category grows and knowledge on fragrance usage increases,” Crewes said. She noted that fragrances are being promoted as a new way for customers to wear their favorite labels. P&G carefully links each scent to its designer, by adding visual cues such as the golden horse bit on the Gucci Première bottle, studying how consumers relate to fashion houses and analyzing what fragrance notes are evocative of each brand. Young Chinese customers, Crewes added, increasingly view fragrances and prestige cosmetics as affordable luxuries they can pamper themselves with.

One might expect noticeable differences in marketing strategies across different regions, but Crewes said P&G’s research has confirmed year after year: “that for beauty products, dreams are universal,” and consequently, “we do very little to adapt our marketing locally.”

P&G is intent on seducing customers worldwide with “classic” products and developing a sense of loyalty and trust in shoppers who might otherwise feel overwhelmed by the proliferation of launches. The risk for beauty companies today, said to Crewes, is “killing the magic” with a continuous onslaught of new products. There is a greater need for “strategic category management,” she said.

Travel retail is one of the hottest categories of the moment in the beauty industry, up 40 percent over the past year in Europe, 32 percent in Asia and 20 percent in Latin America, according to P&G research. The category is expected to explode over the next five years, up an average of 14 percent a year, as passenger growth is set to quadruple in Asia alone over the next 20 years and duty-free boutiques have a high conversion rate. Fragrances represent about two-thirds of the beauty business generated by travel retail worldwide, while in Asia skin-care products generate 50 percent of sales.

Crewes said P&G is focusing on catering to the specific needs of airport shoppers who don’t have much time to browse. “Having products that are really easy to shop on the shelf, value for money, propositions that someone can pick up for a friend, or a gift approach are all very appealing,” she said. Traveling shoppers are also drawn to the “classic” products P&G is carefully building up, as they recognize the brand names and feel comfortable purchasing even fragrances they have never smelled, for instance.

The universality of luxury, said Crewes, is ultimately behind growth in the prestige category. “Dreams are basically the same the world over,” she said. “People aspire to loveliness and beautiful things.” Her goal is to provide customers with that “little piece of loveliness” they don’t know they’re missing.