Two years after his death, Tom Marotta, who was vice president of couture at Saks Fifth Avenue, is being honored in his hometown. 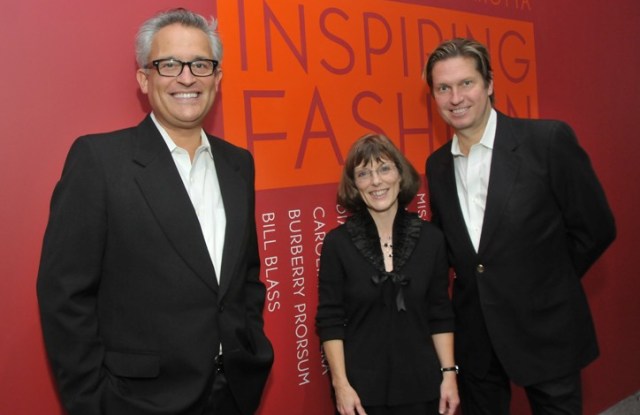 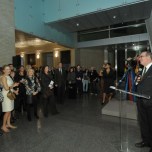 PHILADELPHIA — Two years after his death, Tom Marotta, who was vice president of couture at Saks Fifth Avenue, is being honored in his hometown with an exhibit at the Philadelphia Museum of Art called “Inspiring Fashion: Gifts From Designers Honoring Tom Marotta.”

“I was so impressed with the love and esteem people in fashion had for Mr. Marotta and how they depended on his acumen,” she said.

Marotta, whose career spanned 40 years in fashion, worked as a buyer for the Nan Duskin store here, and in 1994 was hired by Saks, where he remained until his death at the age of 73 in 2007.

Ron Frasch, president and chief merchandising officer of Saks Inc., addressed more than 200 guests, family members, Saks staffers and Philadelphia friends and patrons on the exhibit’s opening night. “This is a very emotional night for an enormously unique human being,” he said. Frasch talked about Marotta’s noncompetitive nature, his warm smile and personality, and his understanding of talent in the industry: “He didn’t think in terms of big brands, but in terms of new brands.”

Frasch also talked about how Marotta mentored designers and retailers. One was Andrew Gloyeske, assistant general manager of merchandising at Saks in Chicago, who flew in for the event and in his first year with Saks went to 17 shows with Marotta when he only had tickets for three. Designers Mark Badgley and James Mischka, who attended the opening, met Marotta when they were getting started. “We met Tom when he was a buyer for Nan Duskin. He invited us to come down for a trunk show at the store. I didn’t know what a trunk show was,” said Badgley.

The pair donated a gown from resort 2009 inspired by a watercolor painting for the exhibit. “We chose that gown because it is typical of the pieces that Mr. Marotta would have gravitated to,” explained Mischka. “He always picked out the most special pieces on the collection. He taught us how to get to know our customer and really helped us grow our couture business,” he added.

While most buyers are based in New York, Marotta remained in Philadelphia, where he was born and raised. The Bala Cynwyd store was his home base. “For Tom, it was all about the ladies,” said Alan Tobman, vice president, general manager of the Bala Cynwyd store. “He used to say to me, ‘When they leave here, they need to feel like a million.’ He really knew how to dress a woman. When he bought for this store, he knew exactly who it was for and when it came in. He couldn’t wait to call his customers to tell them to come in.”