Piaget is pushing ahead with expansion in the face of economic turbulence and dire forecasts from some industry analysts. 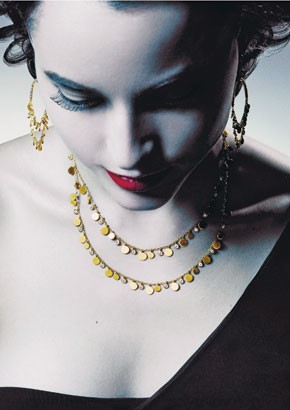 Piaget is pushing ahead with expansion in the face of economic turbulence and dire forecasts from some industry analysts.

The 134-year-old fine jewelry and watch firm, which is owned by Compagnie Financière Richemont, plans to boost its store count to 80 from 48 around the globe within five years and is increasing its focus on fine jewelry. The U.S. presents a large growth opportunity, said Larry Boland, president of Piaget North America.

“We’re very optimistic for 2008,” said Boland, adding that the firm has recorded double-digit growth in the U.S. since 2000, tripling the business.

His optimism contrasts with luxury market predictions from several experts. “The mood isn’t good for spending,” Cathy Leonhardt, managing director at Peter J. Solomon Co., said in January. “All levels of luxury spending are being affected — even the really affluent customer seems to be tightening up.”

Piaget in January opened its first shop in Las Vegas, located in the new Palazzo resort. In May, Piaget is to launch a 900-square-foot boutique in South Coast Plaza in Costa Mesa, Calif. It also is searching for locations in Los Angeles, San Francisco, Chicago, Dallas and Honolulu. There are three other Piaget stores in the U.S., a Manhattan flagship and in Florida’s Bal Harbour and Palm Beach. Piaget wholly owns 70 percent on the stores in its retail network, with the rest done through distributors. Internationally, there are stores in cities such as Paris and Berlin.

The units are 800 to 2,000 square feet and are divided equally between fine watches and jewelry. There is casual day jewelry in 18-karat gold and diamonds, as well as high jewelry. Prices range from $800 for a simple gold band to $1.8 million for a jeweled watch. The average sale is $25,000.

“The boutiques always have a little bit more jewelry to them,” Boland said. “The boutiques are where you can find the true base of the brand. In the States, it’s most known for [its watches]. That’s changing. We’re getting better known for high jewelry.”

One-of-a-kind pieces are a major initiative for Piaget. The firm has aggressively sought to dress celebrities in an effort to raise awareness of the category. Piaget was a sponsor of the Independent Spirit Awards the night before the Oscars and outfitted the likes of Javier Bardem and Lisa Kudrow.

At Salon International de la Haute Holorgerie in Geneva in April, the firm will launch a high jewelry collection called Paris and New York. The collection is inspired by the fashions of Paris and the skyscrapers of Manhattan. Also at the trade fair, the brand will introduce its first perpetual calendar, which doesn’t have to be reset. Last year, Piaget revealed its first chronograph. Movements take five years on average to develop.

Despite the company’s growth initiatives, it is not immediately planning to greatly increase production. The firm produces 20,000 watches a year in Switzerland. There are proposals to expand the factory, but for now there are space limitations.

Piaget will make its annual price increase in May that will be somewhat higher this year because of record-high gold prices. Boland said there has been no price resistance among the brand’s clients.

“There’s a natural tendency, when you read so much negativity [about the economy] and you hear so much, [to] be cautious,” he said. “But sales in the past two months — we’ve done great. I’m showing a $1.8 million watch to someone this week.”