The retailer’s founder, who doubles as creative director and merchant, has steered the Planet Blue brand for more than 20 years. 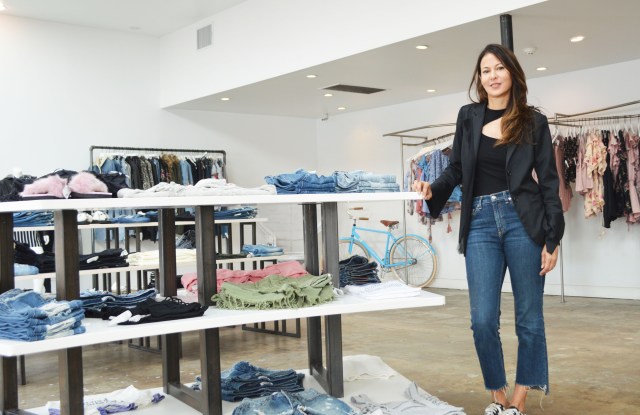 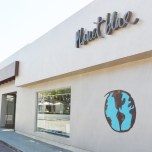 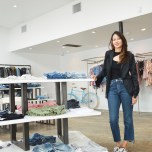 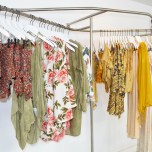 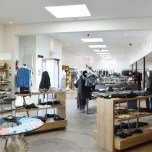 Planet Blue, at 22, has learned a thing or two about what it needs to do to stay alive and thrive in specialty retail.

The Southern California boutique chain started by creative director Ling-Su Chinn in 1995 is now looking to boost its in-store experiences, armed with a new senior vice president of marketing in Angela Pih. Her aim, along with that of the broader company, is to push the Planet Blue brand ahead of the pack when it comes to the sort of beachy lifestyle fare that’s dominated the local market and largely — some might say lazily — been dubbed as boho chic. What the boho chic label means today is anyone’s guess and Planet Blue is looking to refine its message of Malibu-inspired — Malibu being where the brand has roots and still has its first store at the Malibu Country Mart.

“In the past 10 years you’ve had to be on your game, otherwise you’re done,” Chinn said.

Her business is composed of the Planet Blue boutiques, which still make up the bulk of overall revenue, along with the online shop, seven in-house labels and a wholesale business of 334 doors, including Revolve, Urban Outfitters, Equinox and Asos.

The company in 2013 received a capital infusion from Los Angeles investment firm Breakwater Management LLC, which took a minority stake in the business. Planet Blue at the time of Breakwater’s investment forecast $20 million in sales that year, which would have been up about 67 percent from the year prior, WWD reported. It believed then it could take sales to $100 million in the next three to five years. The company, through Pih, declined to reveal current revenue.

Planet Blue has certainly evolved over time. The first store was 400 square feet in Malibu. That location, after four expansions, now stands at about 3,200 square feet. Today there are 13 stores. When the economy tanked during the Great Recession, Chinn began designing the company’s in-house brands.

Today the in-store mix is anywhere from 30 to 40 percent of the Planet Blue family of brands — ranging from Blue Life Swim and Blue Life Fit to Tru Blu and Washed & Worn — in addition to carrying outside lines such as For Love & Lemons, Faithfull the Brand, Sundry, Spell and Nightcap Clothing.

“A one-brand store is not interesting so I will always marry it with the other brands, but we’ve always stayed true to who we are because if you don’t stay true to who you are, the customer sees right through it,” Chinn said. “So we’re very authentic that way and people come to us for that beach-to-street look. Yes, there’s some boho, but it’s Malibu born. We were here in the good old days and we’re surfers blended with movie stars.”

The company in more recent years saw a push into new markets with more stores, but the focus now is on refining the doors currently open with more Instagrammable moments.

“We expanded last year a whole bunch of stores and then fourth quarter hit everybody hard,” Chinn said. “The Nasty Gals went out, American Apparel and all that so we definitely learned. We expanded too quickly but we survived, and the web is really where the business is going. We still feel people will continue to shop in stores so we’re doing a lot of work to bring the customers to stores more.”

Planet Blue tested that in Manhattan’s SoHo with a dreamcatcher dressing room installation. That was expanded this week to the West Coast in the Venice door and Chinn hopes to build that in other stores where there’s space to do so or have more lounge areas and hanging plants where people would want to photograph themselves. It’s not as big a pivot as, say, adding a cafe or going the high-tech, showroom experience as some retailers, but Chinn doesn’t see the value add ultimately for the brand in taking big swings to woo customers.

“We’re not going to start doing food, what everyone thought was the thing,” she said. “That’s not going to make people shop for clothes. Maybe they’ll buy a juice. I don’t get that, but people are trying to figure that out. And then people are trying beauty elixirs at the counter. I don’t know. I’m going to stay true to the brand and who we are so we’re putting more money into our stores now to elevate them.”

There are also more subtle bids to ensure a good in-store experience for customers. Chinn believes in the maxim of less is more when it comes to buying. When, for example, an item — such as a ruffle wrap maxiskirt in flannel — blew out, she didn’t just reorder the same exact piece; she reordered in another color. In some cases, she moves on completely to the next hit item.

“When something sells out in a print, let’s not reorder it; let’s move on,” she said. “I’m really getting that this year. Less is best. Before I used to go into recuts, recuts, recuts. I think going into recuts even at this stage, the customer just wants new, new, new and move on. Even if something sells out quickly by another brand, I have to really be convinced I want to reorder in this temperature of retail. You can’t even think five, 10 years from now. You have to think quarterly.”

Chinn has always merchandised her stores by color rather than brand, which she believes offers a counter perspective to merchandising by brand in the vein of most department stores and other retailers. Planet Blue’s brands fill gaps in the assortment, like offering a hint of activewear but with a punch in the detailing — such as lace work or hardware.

In other words, the aggregate upon walking in the store, as Chinn puts it, is “easy on the eye.” A finer point lost on most, but for this hybrid retailer, merchandiser and designer, it’s an integral part of not just the retail experience, but the brand experience.

“Especially today, you have to give a reason to come in. A person has to be in awe,” Chinn said. “When you go into a department store, it’s just — you just want to get out of it because everything is just bundled and it’s by brand.”

“Ling doesn’t merchandise or design specifically for different markets,” said Pih, who joined the firm earlier this year to boost a brand story that has largely been lost in the proliferation of the Southern California lifestyle market that has boomed in the past several years. “They’re all part of the DNA of who we are and that’s really important because people really like this idea of a coastal style of living and what it means to be in Malibu.”

In the near term, Chinn isn’t motivated to open more stores and, aside from elevating the existing fleet, the web business is also expected to be a focal point, with the expectation that sales from online will eclipse the rest of the business in the next year or two.

“In 2008, I was forced to make clothes to stay alive because I had multiple stores. If you don’t have the margins, you’re over and then I went into wholesale,” Chinn said. “I have all of [the business channels] covered. I have wholesale. I’m making my own clothes and I have a website. So we’re vertical in a way and that’s how we’ve stayed alive. For me, I’m the best [type of] designer because I know what sells and I’m a merchandiser. Designers have all these ideas in their head, but I know what sells. Period.”

Virtual Reality on Full Display at Wal-Mart’s Store No. 8 Gala