The top 10 U.S. metro areas ranked by projected strength of their retail markets. 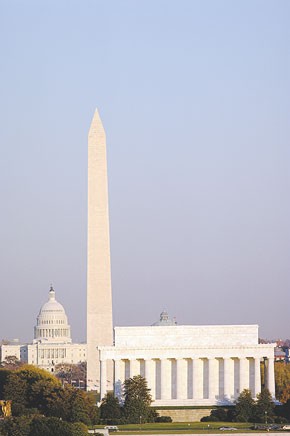 The top 10 U.S. metro areas ranked by projected strength of their retail markets.

Real estate advisory firm Grubb & Ellis has provided the top 10 U.S. markets for retail growth over the next five years in its “2008 Global Real Estate Forecast.” The firm analyzed 15 demographic, economic and real estate variables, such as population growth, job growth and “barriers to entry” (level of competitiveness for a developer to enter a region), and scored each U.S. metro area by its overall forecast retail growth. New York is noticeably absent from the top 10. “It’s a hard market to get into,” said Robert Bach, senior vice president and chief economist. “We give a high rating to job growth, and job creation in the New York area is relatively low, especially compared to markets in the South and West.” Regarding the top 10, he stated, “We believe these regions will hold up well over the next two years and will outperform in the next five.”

“There’s a lot of job growth going on in Washington,” noted Bach. “This area tends to do well in a downturn anyway, because the majority of jobs are government jobs, not private sector.” Earlier this month, the city’s first Target store opened in the DC USA retail complex project in Columbia Heights. The project also includes a Best Buy, Bed Bath & Beyond, Washington Sports Club and Marshalls. Plus the area has such upscale suburbs as Chevy Chase, Silver Spring (both in Maryland) and Alexandria (Virginia), where specialty shops include Treat, The Shoe Hive, Tickled Pink and Hysteria, which all feature designer apparel brands and footwear.

Retailers in the Los Angeles region are certainly feeling the heat from both the writers’ strike and the steep decline in the housing market. But Bach pointed out, “There are areas of L.A. where lower-income neighborhoods will do well in an economic downturn. Investors and developers will go into areas like this, because there’s less competition. In addition, higher-income areas don’t feel the pain of an economic downturn, so these are equally attractive.” Another variable working to L.A.’s benefit: The population continues to increase. “This is a gateway city, which attracts immigrants. Retailers can identify this segment of the population and cater to it.” Camarillo Premium Outlets, for example, caters to anyone looking to save a few dollars. The outdoor mall features more than 100 outlet stores, including Barneys New York, Banana Republic, Charles David and Coach.

“With towering construction cranes spiraling across Dallas’ skylines, new office, residential, industrial and transportation projects are seemingly everywhere,” WWD said this month. “Dallas is really a story of job creation,” noted Bach. “The area is also witnessing strong population growth. You can find neighborhoods where barriers to entry are very competitive.” Developers have been busy either building future shopping destinations or expanding upon others: The Gates of Prosper, a 500-acre mixed-use town center-style complex north of Dallas, is set to open in 2011. And Village 121, a new 80-acre mixed-use project, is expected to start construction next month.

Atlanta, the retail and economic engine of the state of Georgia, has several development projects in the works. For example, Daniel Corp. is developing 12th & Midtown, a multiphase, $2 billion project that is the cornerstone of the Midtown Mile, which will create 1 million square feet of street-level retail by 2010. And developer Ben Carter also is confident his Streets of Buckhead, a $1.2 billion mixed-used project, which will open phase one in late 2009, will be a success. Dubbed the “Rodeo Drive of Atlanta,” the destination has already signed on as tenants Hermès, Oscar de la Renta and Bottega Veneta.

“There’s plenty of job growth in Houston, but the funny thing about this area is that it’s almost too easy to build here,” noted Bach. The grand opening of Houston Premium Outlets is set to take place today. The 427,000-square-foot center sits on 75 acres and has outdoor courtyards featuring 120 outlet stores from well-known retailers such as Gap, Eddie Bauer, Coldwater Creek and Liz Claiborne. The Houston Chronicle reported last week that The Plaza at Bellaire II is being constructed on the former site of an apartment complex in southwest Houston. The center’s confirmed occupants are The 99 Cent Only Stores and Melrose, a clothing store geared to fashion- and value-oriented young Hispanic shoppers. Completion of the site is planned in September, with store openings anticipated in November or December.

Retail giant Urban Outfitters Inc. and home shopping conglomerate QVC call this area home. Even Boscov’s, one of the last remaining family-owned chains of department stores, is located in nearby Reading. Downtown in Center City, a number of shopping districts abound. On Chestnut Street, The Shops at Liberty Place are conveniently connected to the Ritz Carlton and include stores like J. Crew, Nine West, Victoria’s Secret and Express. And concentrated on Walnut Street is Rittenhouse Row, where stores such as Club Monaco, Cole Haan, H&M and Ann Taylor Loft are located. Meanwhile, The Shops at the Bellevue on Broad and Walnut Streets include Nicole Miller, Polo Ralph Lauren and Williams-Sonoma.

This region in Southern California — known to many as simply “The O.C.” — is located just south of Los Angeles and boasts beach communities like Laguna Beach, Huntington Beach and Dana Point. The Shops at Mission Viejo had its grand reopening in 1999 and now houses stores including Nordstrom, Macy’s, Saks Fifth Avenue, Gap and Abercrombie & Fitch. But perhaps the best-known shopping destination (and the largest in the region) is South Coast Plaza. Some of the world’s most prestigious retailers are here, including Hermès, Valentino, Fendi, Gucci and Christian Dior, to name a few. New entrants to come this year: Calvin Klein, Harry Winston, Piaget and, earlier this month, Oscar de la Renta.

George Gramm of Grubb & Ellis told the San Diego Metropolitan in January, “The San Diego retail market is expected to be impacted slightly from the housing downturn. However, the rebuilding from the San Diego fires of 2007, as unfortunate as they were, is expected to add a boost to the local retail scene.” Two other factors keeping the retail scene going are positive population and job growth projections. Simon Property Group Inc., which owns and manages Fashion Valley Mall in Mission Valley, is adding several new retailers this year — a few names include Tory Burch, Jimmy Choo, Just Cavalli, CH Carolina Herrera, Hermès, M Missoni, Michael Kors and Tourneau.

Chicago’s Damen Avenue has become the new destination for fashion’s hottest names. In January, Marc by Marc Jacobs opened a 4,000-square-foot space there, and several more will follow suit, like LeSportsac, Club Monaco, Jill Stuart and Lululemon Athletica. L.L. Bean, Montblanc and Via Spiga are moving into the Chicago area this year, too. And designer Maria Pinto, who counts Michelle Obama and Oprah Winfrey as clients, is set to open her first retail space this summer, WWD reported this month. Meanwhile, Tommy Hilfiger executives have recently expressed interest in opening a Chicago store, as have Piaget, Façonnable and Hugo Boss.

Approximately two million people live in Portland’s metropolitan area, making this outdoorsy city one of the most populous areas in the Pacific Northwest. In January, NuWire Investor reported that impressive job growth in Portland is likely to mean a steady flow of new residents — the Oregon Employment Department recently estimated an increase of 240,000 jobs over the next decade. In terms of retail, “The properties in the Portland area present an innovative opportunity for long-term investment. As neighborhoods grow, so will demand for nearby goods and services,” Max Sinclair, a Portland real estate broker, told NuWire. One popular shopping destination is that of Washington Square, which is anchored by Macy’s, Nordstrom, J.C. Penney and Sears. A fifth anchor, Dick’s Sporting Goods, opens this month.