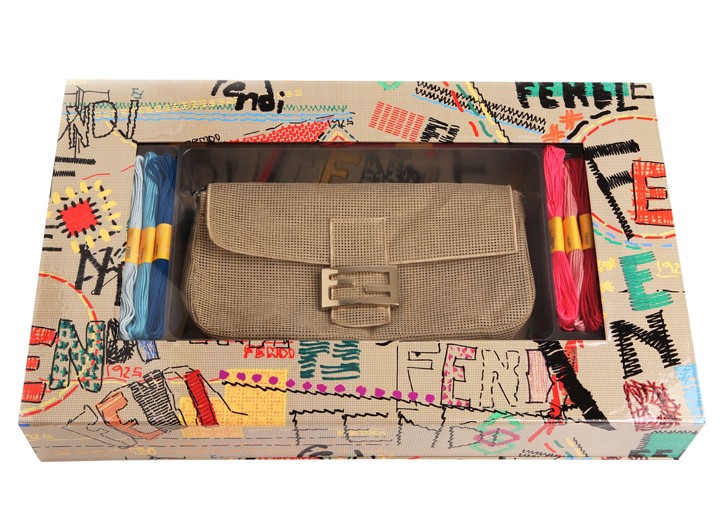 MIAMI — More than art and design booths will be popping up, come the Art Basel Miami Beach and Design Miami fairs that kick off today.

Limited Edition Experiences, dozens of temporary boutiques in Miami’s Design District, opened Monday, just in time for the art crowd to descend for a week of purchases and parties. But even after crowds depart, many shops plan to operate for months.

“We had the art, design and dining components, so fashion was the next step in creating a complete neighborhood,” said Robins of the designated strips for fashion retailers along the eastern end of Northeast 40th Street, and Northeast Second Avenue from Northeast 39th to 41st Streets. “We’re starting with short-term lease agreements, but the goal is to build long term.”

As one of Design Miami’s veteran sponsors, Fendi already has a vested interest in the area. Robins reports it was one of the first companies to commit, mostly due to Silvia Fendi’s strong belief in supporting young designers. (One of the contract’s stipulations for all pop-up shops is that designers lecture at nearby Design and Architecture Senior High.) Participants have been attracted partially by the chance to test the Miami market, and less stressful leases regarding time and space. Based on needs, they can stick around a week to several months in 340 to 4,000 square feet.

Men’s wear designer Duncan Quinn has fully embraced the concept. At 4,000 square feet, his two-story store with a croquet court, art installations and poker and bespoke rooms is a giant leap from much smaller shops in New York, Los Angeles and Dallas. Because Quinn doesn’t do wholesale, he’s eager to see how his line performs in South Florida, though a top customer lives around the corner from his Miami address. Ready-to-wear makes up 50 percent of merchandise, and he plans to stock beach items such as sunglasses, swim trunks and towels.

“I’m trying to create an experience far beyond retail with private wine dinners, car tie-ins and croquet,” he said.

Martin Margiela will occupy 1,100 square feet for a month before relocating to 2,700 square feet for an undisclosed period. An extensive selection of men’s and women’s wear, eyewear, accessories and shoes are offered. Monica Voltolina, ceo of Staff USA, reports the brand believes in retail expansion in the U.S., with Miami being a key market.

“Miami’s Design District corresponds with Margiela’s artistic and design DNA, and we love the idea to feel and test this environment,” she said.

Miami native Katherine Fleming is offering her New York-based handbag line that launched last year. Through the holidays, the spring collection will retail between $400 and $1,100 in a 400-square-foot section in the program’s F Factory in the Moore Building.

“That’s at least three months before it hits stores,” said Fleming, who wholesales to Barneys New York, Opening Ceremony and Linda Dresner, among others.

Jessica Trosman, a Buenos Aires-based designer with three stores there, originally considered a store in Los Angeles, but held off to research U.S. and foreign markets through international diversity in Miami and at the fairs. For one or two months in the F Factory, she will sell her spring women’s wear in natural fabrics with metallic and plastic embellishment from $100 to $700, plus denim, accessories and jewelry.

“It’s not as much of a financial drain or risk on my part,” she said of the temporary shop.

Christopher Ross’ store is selling his vintage, chunky metal belt buckles. Retailing between $500 and $1,200, 30 designs in 24-karat gold and sterling silver include an exclusive double eagle. The shop closes in February.

“The whole atmosphere is a good match for us, since his buckles are more like works of art than fashion,” said co-owner Karin Ross.