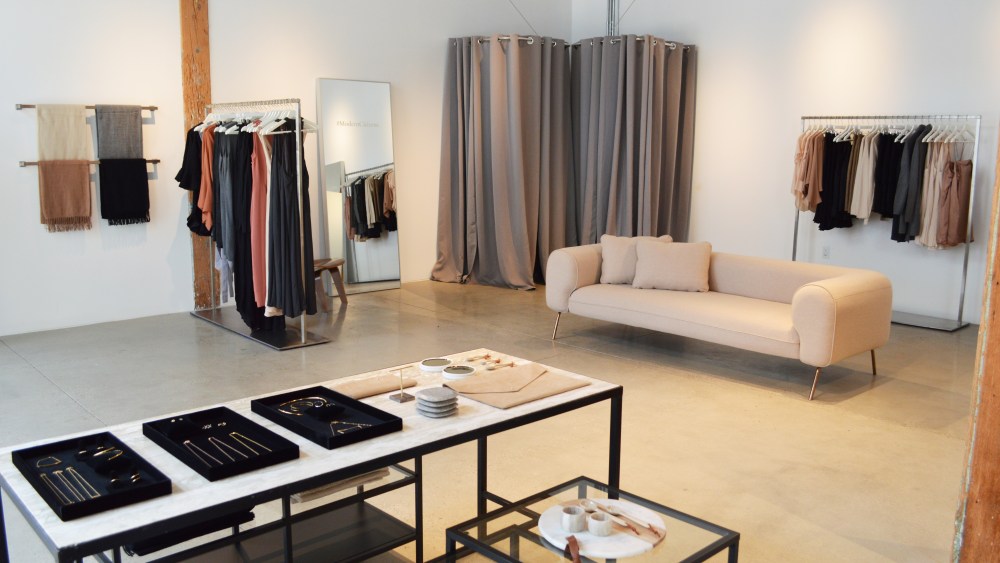 HOME FOR THE HOLIDAYS: Empty space at the Row DTLA has been spun into a marketplace of pop-ups for the holiday.

New York real estate investment firm Atlas Capital’s Row DTLA mixed-use project officially opens a collection of 11 vendors — ranging from apparel and home goods to food and accessories — Tuesday for what it’s calling the Holiday Collective. The shops operate through the end of the year.

The investment firm has placed broker and developer Runyon Group in charge of leasing the project’s retail. The 30-acre project — which includes the American Apparel, Splendid and Ella Moss headquarters — is bound by downtown’s warehouse, arts and fashion districts along with the Little Tokyo neighborhood. The project, when completed, aims to bring 100 stores, 15 restaurants and one million square feet of office to the downtown landscape.

The Collective’s retailers include luggage brand Away Travel, Capsule, Daniel Wellington, Local + Lejos, Milla Chocolates, Modern Citizen, Not Neutral, Rollings Greens, The Cartorialist, This Is Ground and Tokyobike. It’s an intentional mix of digital and Los Angeles brands, some of which are testing physical retail for the first time.

Row DTLA is part of a broader shift that’s been taking place in more recent years within downtown that’s seen an uptick in apartment and retail development.

The pop-ups build on the Smorgasburg L.A. food and craft market held Sundays, which arrived to the project in the summer. Incoming tenants include home goods store A+R and streetwear boutique Bodega along with coffee shops Go Get Em Tiger and Paramount Coffee Project. One major competitive advantage the project has going for it: free parking, with a structure that can house nearly 4,000 vehicles—a rare luxury in the congested central business district.