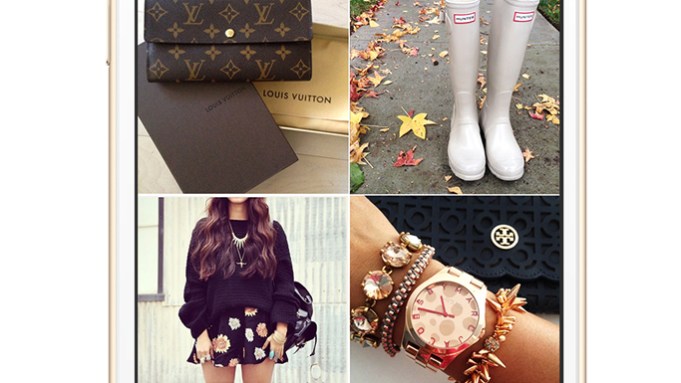 From Wanelo to Spring, Keep to Wish, these marketplaces have venture capitalists throwing money at them as their number of users snowballs. The latest to secure a serious round of funding is Poshmark, which plans to reveal today that it raised an additional $25 million, which it will use in part to reach out to brands to expand and build the retail side of its business that sells in-season products. So far this year, Poshmark has driven sales of $200 million.

The round was led by Mayfield and Menlo Ventures, with participation from Union Grove Venture Partners, Inventus Capital, Shea Ventures and SoftTech VC. To date, the three-year-old venture has raised over $47 million.

Founder and chief executive officer Manish Chandra told WWD that transactions on the platform would more than double to $400 million to $500 million by the end of the year. He also said Poshmark would be among the first to debut an Apple Watch experience, when the highly anticipated smartwatch rolls out later this month.

“I originally had this idea [for a mobile marketplace] in 2009 and I didn’t execute on it because I thought image and photo processing were clunky,” Chandra said.

Poshmark got its start in 2011, a year after Apple released the iPhone 4, which served as a catalyst for the social shopping network that lets people quickly put looks in their own closet up for sale.

“This couldn’t have taken off without this phone. The speed of photo-taking, editing and communication — everything feels like a text,” Chandra said.

Currently, 90 percent of Poshmark’s activity occurs within its app, where there are more than 10 million products for sale from more than 700,000 active sellers (with top sellers bringing in from $100,000 to $500,000 in revenues). Chandra said the network is approaching 10 million users, although he declined to be more specific. Sellers keep 80 percent of sales and Poshmark gets a cut of 20 percent.

The marketplace allows users to purchase from one another, instead of from the retailers or the brands directly. More than $2 million worth of merchandise is put on the site each day, including in-season goods and resale items. An order is placed every five seconds and users, on average, open the app nine times a day and spend a total of 25 minutes with it.

The majority of the business is resale based — four out of five items are used. Chandra expects this to change, and with the new funding Poshmark plans to actively pursue larger brands to work closely with the platform. The ceo would like to see the site’s mix of new and used products shift to 50-50 in five years. International expansion is also a priority, with Europe likely the first entry point outside the U.S.

Poshmark is only the latest mobile marketplace to get funding, however. Last week, the app Spring, which launched in August, also raised $25 million.

The ideas of mobile shopping and social shopping appear to be merging and gaining momentum — although not in the way people initially thought. While Facebook and Instagram are responsible for driving large amounts of traffic to direct points of purchase, the percentage of transactions that occur on social networks is still low, relatively speaking. Shopping in large volumes is not happening at scale on Facebook or Twitter, but instead on marketplaces such as Wanelo, Keep, Spring and Poshmark. Then there is Wish, the San Francisco-based mobile marketplace that has raised $80 million to date and as of last year had 31 million users. In theory, Farfetch, Lyst and Alibaba’s 11 Main are online marketplaces too, although the majority of each of their businesses is still Web-based instead of app-based. Wanelo, perhaps the largest of the group, is skewed toward a younger audience and has more than 12 million users. Upwards of 20 million products live on the predominantly mobile platform (90 percent of traffic comes from its app), and daily average time spent on the app is close to 50 minutes. The company implemented the Buy On Wanelo button in November, its first effort to facilitate shopping within the network instead of driving users to other brands’ sites to purchase. Wanelo’s business is driven by products uploaded by the community, as is Keep, although both have brand and retailer presences on their respective platforms.

Spring is the least “social” of the bunch, as it adheres to more of a direct-to-consumer model that just happens to resemble the social experience of image-oriented platforms such as Instagram. There is no social interaction between users and the entire shopping experience is controlled by the more than 750 brands that sell on Spring. This is the opposite of Poshmark, which is a peer-to-peer platform where buyers can be sellers and vice versa.

Nick Brown, a partner at venture capital firm 14W, attributes Poshmark’s swift growth to the fact that much of the product for sale is secondhand. He likened it to The RealReal, the leader in resale online that raised $40 million earlier this month.

“In the case of Poshmark specifically, we see this in all segments of e-commerce. The first winners in the space tend to have a pitch or a value proposition that surrounds the idea of value as the catch. We saw that with Warby Parker and Everlane,” Brown said. “Now we’re at a stage where these business ideas have evolved beyond disrupting around price. Spring’s value proposition is creating a really dynamic mobile experience.”

Poshmark is not about discounting — it’s about real value in price, like paying 50 percent less for a designer handbag because it’s been worn before. He noted that Spring and Wanelo are not offering any kind of discount as part of their DNA.

MaryAnn Bekkedahl, cofounder and president of Keep, said that internally, there is a constant conversation about whether the company is a social marketplace or a marketplace with social influences.

“Technically, Keep is an empty store until the community shows up and stocks the warehouse, then merchandises the shelves,” said Bekkedahl of the platform.

In her view, mobile marketplaces enable “commerce by the people.”