The brand is expected to move across the street, according to sources, and two adjacent malls are due to open at the end of 2021.

By Tianwei Zhang
with contributions from Tiffany Ap
on February 4, 2021

LONDON — As a part of a shake-up in its China retail strategy, Prada is shutting its flagship store at Plaza 66 in Shanghai’s Jing’an District.

Only a short walk away from Prada Rongzhai, a restored mansion that serves as a multipurpose brand and cultural space, the three-story Prada flagship store’s last trading day will be February 14. Prada also runs four other stores in the high-end malls iAPM, IFC, L’Avenue and One ITC in the city.

Burberry is expected to move in to the location, according to market sources.

Prada stressed that the closure is not because of the store’s performance. However, sources indicate that in comparison to brands like Louis Vuitton or Chanel, the brand is not as competitive and rent at a prime location like Plaza 66 comes at a high cost.

The brand reported that China grew by 52 percent in the second half of 2020. On its face, that kind of year-on-year expansion seems significant but as Ronnie Chan, the chairman of Hang Lung Properties which owns Plaza 66, told Bloomberg last week, “in the second half of last year, if you grow by 60-some percent, you are the bottom of the pile as far as our luxury properties are concerned.”

“Prada is currently developing an innovative new retail presence for Shanghai that will enhance and update its presence in this dynamic city. The location and planned opening date of the new store will be revealed soon,” the brand said, adding that it will continue to “generate interest and excitement through its ongoing series of pop-up stores and location take-overs.” 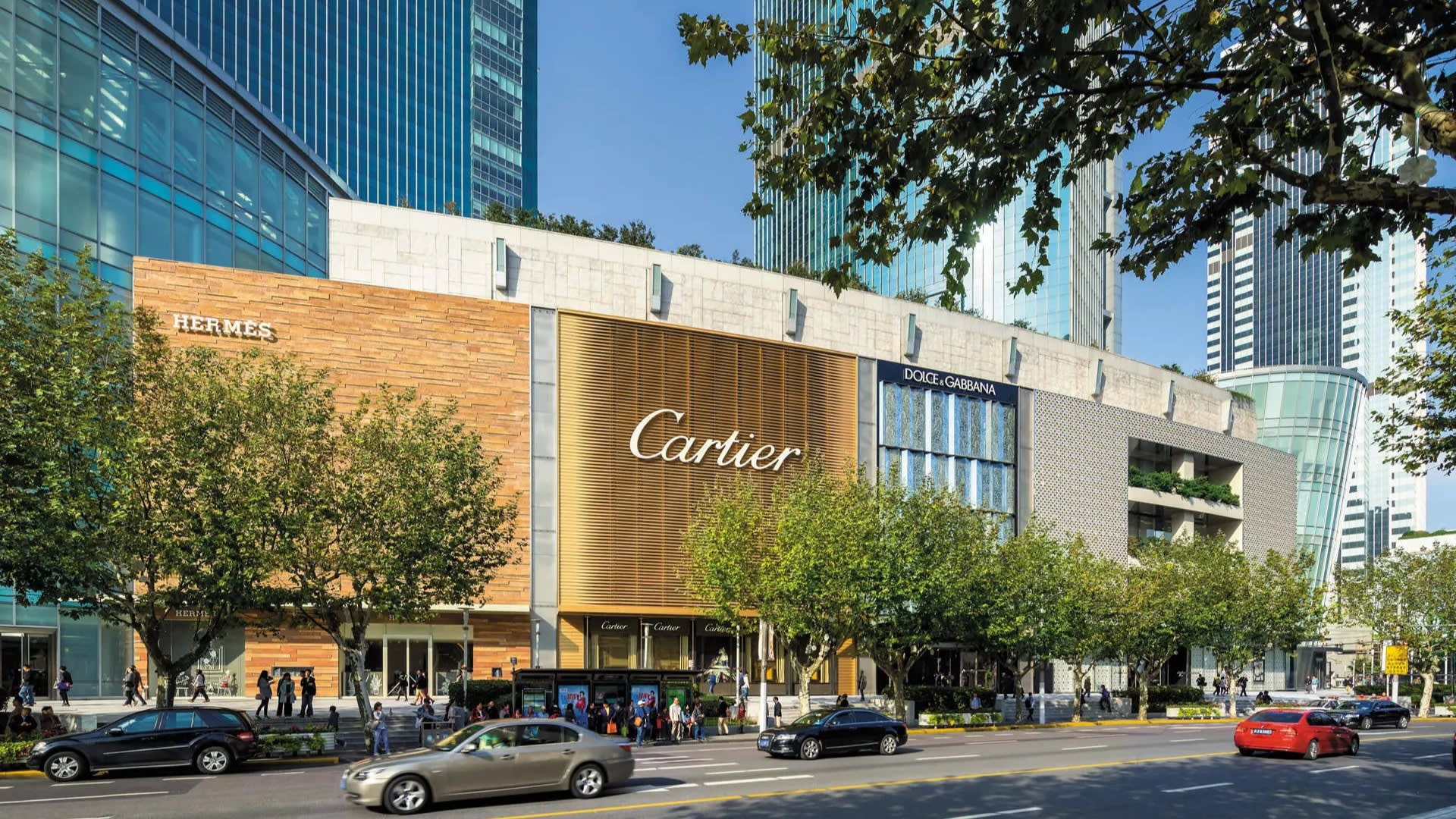 While Plaza 66 is a powerful broker of luxury, Prada would gain quite a bit of advantage by moving. Prada’s Plaza 66 boutique is at the east entrance. While it has a huge facade, which was unveiled in 2016 with a design that pays tribute to French-Venezuelan artist Carlos Cruz-Diez, it does not face the busy and more visible West Nanjing Road like Louis Vuitton, Dior, Cartier, Celine and Hermès do.

It’s worth noting that the Shanghai JC Mandarin hotel building and CITIC Square, which are right across the street from Plaza 66 from the south and east sides, respectively, are both undergoing refurbishments and aim to reopen by the end of 2021.

Both locations would offer more prominent visibility for a brand in the area. 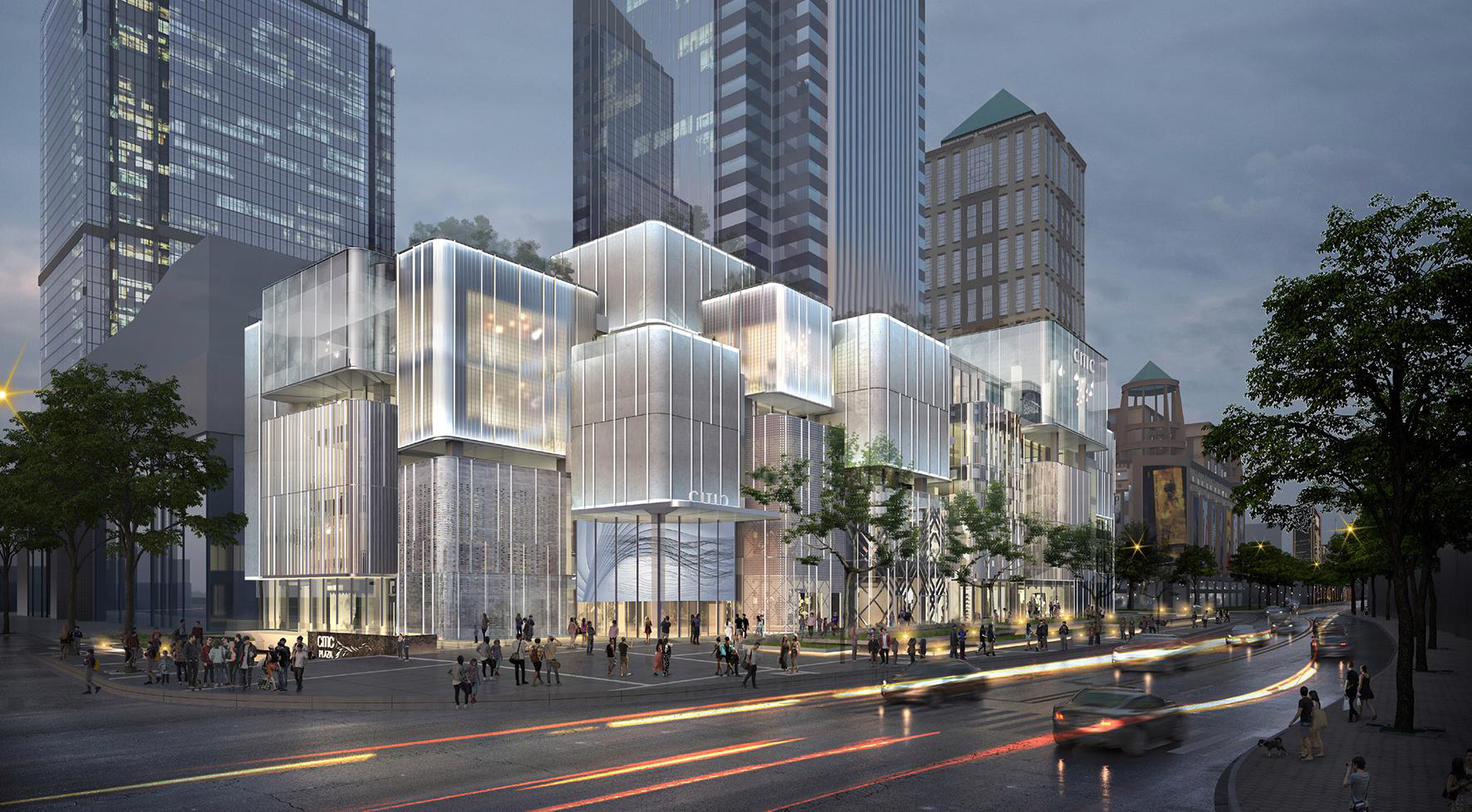 Visual mockup of the refurbished CITIC Square in Shanghai.  Courtesy

The hotel is being converted into an office building, and it will also offer more than 215,000 square feet of premium retail space. CITIC Square, which used to be a prime spot for luxury brands, is spending more than 600 million renminbi, or $92.8 million, to overhaul its retail floors to attract top brands to open flagships there.