‘Pradasphere’ Goes Inside the Mind of Miuccia

The inquiring mind of Miuccia Prada will be laid bare today at Harrods with an exhibition dedicated to the designer’s “diverse obsessions.” 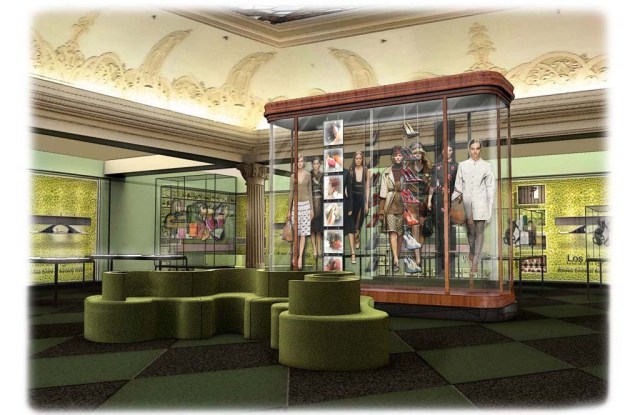 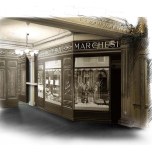 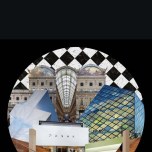 LONDON — The inquiring mind of Miuccia Prada will be laid bare today at Harrods with an exhibition dedicated to the designer’s “diverse obsessions,” including fashion and film, art and architecture, sport and history.

“Pradasphere,” which runs until the end of May, aims to blend the commercial, the artistic, the philosophical — and the edible. Prada has created a version of Marchesi, the 19th century Milanese pasticceria it purchased earlier this year, on Harrods’ fourth floor terrace.

The Marchesi café, patisserie and restaurant has been fitted with boiserie, banquettes, potted palms and a mirrored wall behind the bar, and will offer Milanese mainstays including saffron risotto, veal in tuna sauce and sea bass in a salt crust, and cocktails including the Negroni, Spritz and Americano.

“It’s quirky, it’s artistic — and very Miuccia. It’s not supercommercial,” said Harrods’ fashion director Helen David of “Pradasphere.” David added that she is expecting the show to attract “quite a different audience” from the usual Harrods luxury customer.

“Pradasphere” will spotlight heritage items from the Prada archive; shoes and bags from past collections; a “history wall” underlining the brand’s involvement with the Fondazione Prada and the America’s Cup, and a screening room with short films by directors such as Wes Anderson, Roman Polanski and Ridley Scott.

There will also be a display of the brand’s architectural projects by Rem Koolhaas/OMA and Herzog & de Meuron.

The project sets out to examine the inspirations, thought processes and recurring themes in Miuccia Prada’s work. The brand has also created a capsule collection to be sold in a pop-up store on the ground floor, while customers will be able to order specially reissued ready- to-wear and accessories from past collections.

More than 40 windows will be filled with Prada-themed installations and merchandise from the capsule collection.

Michael Rock, who designed and curated the show, said “Pradasphere” “presents…the way Miuccia Prada’s vision is made manifest in everything she touches.” Rock added that Prada today isn’t so much a brand, but rather one individual’s “way of thinking, way of making and looking at the contemporary world.”

Prada isn’t the first brand to stage a major show at Harrods. The store has hosted Chanel, Dior and, most recently, Fabergé for month-long events of varying scales. David said the shows are attracting both brand loyalists, who are eager to “rebuy” their favorite items, and aspirational customers eager “to take away a piece of the brand.”