With merger fever spreading through retailing, there's increasing talk about the possibility of revisiting a breakup or a sale scenario of Saks Inc. 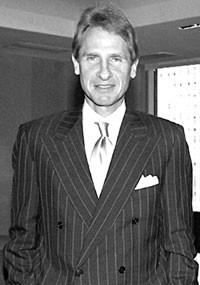 NEW YORK — In the case of Saks Inc., breaking up is hard to do.

Four years ago, a plan to spin off its Saks Fifth Avenue and department store divisions into two separate public entities was aborted due to concerns about the recession and bondholder opposition on how to split the debt.

Now, with deal-making fever spreading through retailing — from Federated Department Stores in talks with May Department Stores to speculation the Smith family might be looking to sell all or part of its majority stake in Neiman Marcus Group if the price were right — there’s increasing talk about the possibility of revisiting a breakup or a sale scenario for Saks Inc. The $6 billion Saks Inc. has less debt on its balance sheet, dozens of weak stores were sold off recently, and the new team at Saks Fifth Avenue is stacked with talent and striving to turn things around.

“If Brad felt he could create more shareholder value by selling an operation, he would do it in a heartbeat,” said a former Saks executive, referring to R. Brad Martin, Saks Inc. chairman and chief executive.

“Speculation [on a Saks Inc. breakup] has intensified following the Nov. 17, 2004 announcement of the Sears-Kmart deal; SKS shares are up 22 percent off their 52-week low of $11.85,” Deborah Weinswig, managing director of U.S. equity research at Citigroup Smith Barney, wrote in a January research report on the retailer, initiating coverage.

“Given the potential value that could be created if both segments were to operate as independent entities, we would not be surprised to see Saks attempt to sell SDSG [Saks Department Store Group] given the current strength of the luxury market and as SDSG continues to serve as a drag on operations,” continued Weinswig. “[However,] we believe that finding a buyer may be more difficult.”

With Saks Inc. stock trading at high multiples because earnings haven’t been very good, “people are trying to figure out what Brad is going to do,” said a Wall Street source. “If you had to face shareholders or the board, you better be cooking up something. The game is to grow earnings per share and share price.”

“I don’t think you can break up the company until you fix Saks Fifth Avenue — until you create sufficient value in Saks,” said investment banker Peter Solomon of Peter J. Solomon Co. “This is strictly a performance issue. This is not abstract thinking or theory. If the store performs, if they can get Saks right, they can create value.”

Solomon also raised the possibility that Saks Inc. can raise value through its department store group. “The group has some companies that are very good, like Parisian, and department stores [generally] are having a bit of a renaissance.”

Saks Inc. officials declined comment on the possibility of a breakup.

There also has been speculation that Saks Inc. is examining May Co., but it would most likely be for pieces of the business, such as stores on the West Coast where SDSG has no presence, rather than for the whole chain. “Hey, you never know what can happen if Saks partnered with a financial buyer,” said a retail analyst.

Both Saks Inc. divisions face challenging turnarounds due to tough competition from Neiman’s, Federated, Target, Kohl’s and J.C. Penney, among other retailers. “Neiman Marcus spent a large amount of money over the last 10 years to expand and renovate its stores. That’s created a significant gap between itself and Saks Fifth Avenue,” said Solomon. “Those of us who remember what a great business Saks was hope that it can regain that luster and be a significant competitor to Neiman’s. It’s going to take some time to close the gap.”

The luxury market is perceived to be big enough to support two major chains, even with high-end designers continuing to open their own stores and Neiman’s continuing to outperform Saks Fifth Avenue. “There’s absolutely room,” Solomon said.

Lately, Saks Fifth Avenue’s sales gains have improved, with a 3 percent same-store gain in January, a 12.1 percent gain in December and a 6.8 percent gain in November, though fourth-quarter sales gains came with intensified promotions and expenses associated with ramped-up special events. The rest of the year, Saks Fifth Avenue’s sales gains came without heavy promoting, though operating profits, expenses and margins remain an issue.

Meanwhile, Neiman’s reported stronger gains in the last quarter, including a 12.2 percent gain in January, 10.8 percent in December and 8.4 percent in November.

Said the Wall Street source: “Saks has also spent a bunch of money on renovations, but the results have not been sufficient. If you are a shareholder, you’ve got to be asking, ‘Why do I own this stock?’”

When Saks was sold to Proffitt’s in 1998, the serious bidders were limited to a few, with Federated and Holt Renfrew of Toronto reportedly among them. But if Federated were to buy May, two big potential buyers for either Saks Fifth Avenue or Saks department stores would no longer be in the market. Also, “for a typical buyer, like Federated or May, the stores are too small for them, and Saks department stores operate in tertiary markets,” Weinswig said. “I don’t think you have overlap issues with SDSG. It’s more just the size of the box. Even May’s smaller stores are 140,000 square feet, while Saks’ average is 120,000.”

Furthermore, Neiman’s is seen by some as a more desirable takeover target. Speculation is growing that, for the right price, the Smith family, which holds a majority stake in Neiman’s, might sell. Could Neiman’s even be a player for a spun-off Saks Fifth Avenue in some form? Observers say that’s a long shot, with the more likely scenario being a Smith family sale of their Neiman’s stake.

As for a revisiting a Saks spin-off scenario, the former Saks official said: “In 2000, the breakup into two separately trading stocks sparked a lot of internal debate as to whether it was a good idea or not. One reason it wasn’t was that it would throw off the balance in the portfolio” of moderate stores, such as Proffitt’s, McRae’s and Carson Pirie Scott, and the luxury Saks Fifth Avenue stores. The portfolio has a total of 238 department store units, including Parisian, Younkers, Herberger’s, Bergner’s and Boston Store. There are also 58 Saks Fifth Avenue stores and 52 Saks Off 5th outlets, and 38 mall-based Club Libby Lu specialty stores.

On the other hand, running both divisions under the Saks Inc. umbrella means that certain big initiatives would have to serve the needs of both divisions. “A lot of projects in IT [information technology] had to include things that everybody wanted,” said the former Saks executive.

Sources indicated the Martin family would have stuck with the Saks Fifth Avenue label if the breakup had happened. Brad Martin moved his brother, Brian, to New York to be general counsel, but he returned to Alabama to handle real estate for Saks Inc. after the breakup plan was dropped. Saks Inc. could very well continue to operate without a major restructuring, and is making some progress improving Saks Fifth Avenue.

Saks Fifth Avenue officials have said the strategy for the future is to focus on younger customers, improve store presentations so they focus on trends, pull items together from different designers to develop more individual style and have less clutter. The company also plans to renovate the Fifth Avenue flagship, and create splashier and more exciting events. Still, it hasn’t been an easy road for the new management. Reportedly, senior officials — led by chairman and ceo Fred Wilson, president Andrew Jennings and vice chairman and chief merchandising officer Ron Frasch — expected there to be much more low-hanging fruit left over from the prior regime. The company is headed for a period of tough first-half comparisons, since there were double-digit gains in five out of the six months of the first half of 2004.

The Citigroup Smith Barney report indicates there’s significant room for operational improvements and increased same-store sales, if merchandise optimization technologies are added, expenses come down and the private-brand program gets overhauled. The report characterized private-brand sales at the department stores as disappointing.

“The shoe department looks incredible,” said the former Saks official. “There are lots of styles and lots of assortment, but I’m not sure they have all the sizes that Neiman’s does. The designer assortments are looking kind of sharp, but I’m not sure the inventory support is there. The floors look a little cleaner. Ron [Frasch] understands the Neiman’s school of thought. He’s very balanced.”