Product of the Year: Mass

WWD celebrates the year's best in the mass beauty category. 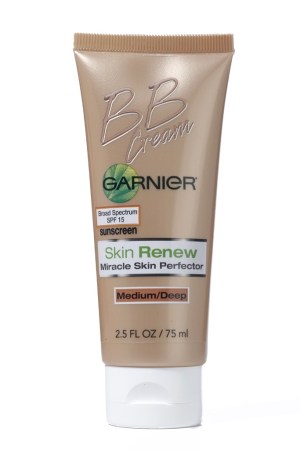 In beauty circles, 2012 may very well be remembered as the year in which Americans jumped on the BB band-wagon. And, when the history books are written, chances are chapter one will start with Garnier’s Miracle Skin Perfector B.B. Cream. The first BB cream on the mass scene, it launched in about 30,000 doors in the U.S., with a price point of $12.99—considerably less expensive than prestige-market counterparts. Containing hyaluronic acid, Lipidure microspheres and glycerin, Skin Perfector promised five benefits, and consumers responded in kind: Miracle Skin Perfector is the number-one BB cream in the country, and Garnier, a brand whose heritage is skin and hair care but whose dominance in BB creams looks to move them into hybrid products as well, isn’t finished with the category yet. Next up: BBs for different skin tones and types. Said Michelle Ryan, senior vice president of marketing, “We are here to stay.”

Avon’s Anew Clinical Pro Line Eraser Treatment features the brand’s first exclusive molecule, A-F33, and was inspired by Nobel Prize–winning research centered on unblocking mechanisms of protein production. To develop the product, Avon tapped NeoStrata, the company that 20 years ago helped Avon launch the first mass-market alpha hydroxy acid product. “As we investigated A-F33, it overwhelmed us to see the wrinkle improvement, which we thought would be good but was even beyond our expectations,” said Anthony Gonzalez, senior manager of global research and development, who added that the molecule has a number of additional benefits for possible future launches. Armed with independent clinicals revealing that 50 percent of women showed deep wrinkle reduction in 11 weeks, the stage was set for a blockbuster. In September, Avon unleashed a flood of flash mobs, armed with tens of thousands of product samples, across New York, Chicago, Atlanta, Dallas and Los Angeles. The brand also tapped ballroom dancer Karina Smirnoff to promote the launch. Clearly, the strategy worked. Before Line Eraser touched ground in the U.K., 60,000 women had signed up for it on waiting lists, thanks to the splash the item made with consumers across the pond.

With the launch of its Expert Collection, Pantene fired the opening salvo in what promises to be a heated market-share campaign around a new category in hair care: antiaging. Priced from $7.99 to $18.99, the Expert Collection has two lines—AgeDefy to address aging hair and Advanced+ Keratin Repair for extreme damage. The P&G-owned brand took a page from the playbook of its sister brand, Olay, applying skin-care-like thinking, technology and marketing messages to the launch. Courteney Cox was tapped to front the launch—chosen for her openness about discussing aging and, of course, her great hair. But the product was the true star, particularly the AgeDefy Advanced Thickening Treatment, priced at $18.99 and formulated to make hair look like it’s gained 6,500 fibers after just one use. “When you have performance, are in the right benefit space and tell the right story, you can charge higher prices,” said Walter Geiger, P&G’s vice president of hair care, North America, “even in the recession.”