Product of the Year: Prestige

WWD celebrates the year's best in the prestige beauty category. 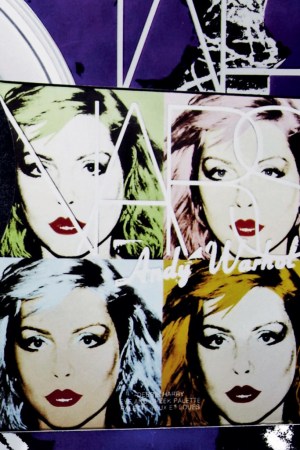 Francois Nars himself is a beauty-industry icon, but he tapped into the aura of an even bigger figure for a knock-your-socks-off collection of cosmetics. The Nars Andy Warhol collection was divided into two offerings: one for Sephora, which launched Oct. 1, and another for department and specialty stores, which launched a month later. The first collection was an ode to Warhol’s Pop Art classics (think Flowers as a compact), while the latter captured the downtown, edgy ethos of Warhol’s Silver Factory (Edie!). Although Nars never met Warhol, he admits to being heavily influenced by the artist. “Andy said, ‘If everybody’s not a beauty, then nobody is,’” Nars said at the launch. “It seemed like a natural fit to create a collection that Andy himself might have a hand in if he were alive today.” Warhol would also have approved of the project’s commercial success: Industry sources estimated that the limited-edition products would generate $15 million at retail.

Talk about a gold rush: Sales of superluxe skin care costing $250 and more were up 74 percent in 2012, according to NPD, and leading the pack was the classic that broke the price barrier in the first place: La Mer. Ranking number one in the superpremium category, with products costing around four times the average price, the brand is on a roll. After focusing on serums, La Mer turned back to basics this year with the launch of The Moisturizing Soft Cream, which delivered its signature miracle broth in a new, lighter texture more readily absorbed by the skin. “Aspirational beauty is back,” said John Demsey, the group president of the Estée Lauder Cos. who oversees the brand. “There’s been a trading up from prestige into luxury, from mass into masstige into prestige…. Beauty in its most luxurious, expensive way is still fairly accessible.” As La Mer so ably demon- strated, with the right products, that strategy is money in the bank.

For Lancôme, the name said it all: Life was beautiful for the megabrand in 2012, as it single-handedly resurrected the blockbuster beauty launch. In a field in which two-thirds of the market is dominated by designer brands—and a year when labels like Chanel, Gucci and Marc Jacobs, and superstars like Lady Gaga and Madonna launched fragrances—La Vie Est Belle is on track to be the number-one launch of 2012, according to NPD. “This accomplishment comes in a year where there was no shortage of competition,” emphasized NPD’s Karen Grant. In its rise to the top, Lancôme left no detail unattended to. The flacon was inspired by a 1949 bottle from the brand’s archives, the organza ribbon around its neck a symbol of freedom. Brand ambassador Julia Roberts was the face of La Vie Est Belle, starring in an ad campaign in which she breaks free from the constraints of society to follow her own happiness. “It could be a fairy tale of modern times,” said Youcef Nabi, president of Lancôme International, of the campaign. The metaphor was apt: Like all such stories, this one had a happy ending.