From eBay to a celebrity clientele and a forthcoming store, Project Blitz's founder has come a long way from his parents' garage.

LOS ANGELES — No one is to talk about the address or even hint at the coordinates of where streetwear reseller Project Blitz is located.

If you know, you know. And if you don’t, well, you were never meant to stumble into the same facility serving a celebrity clientele that includes Rihanna, Travis Scott and Drake.

“There’s some things you can’t even talk about,” founder Andre Ljustina said of sourcing and clients.

Who knew it would lead to this and a secret warehouse somewhere in Southern California, housing some $12 million in rare streetwear and sneakers when Ljustina started the business in 2000 as an eBay operation in his parents’ home.

The reseller patiently and slowly built a stockpile, selling to stylists overseas, considered to be one of the originators of this off-market channel for the true collector and enthusiast. Part of his success, he argued, is that he got into the minds of the true collector, meeting them where they’re at.

“The beauty of what Blitz is, is that it’s always trying to be outside of the box and ahead of the pack, whereas you go to someplace on Melrose [Avenue] and they say ‘Oh, yeah, I’m on it. I want to be about that scene.’ But we get Louis Vuitton to Travis [Scott] or Tyga, pieces that just don’t go in a store. Beyond that, it’s about going to those high-wealth people that are going into Formula One or the Super Bowl. They’re going to sporting events. It’s about going to the lifestyle so you’re a part of a club. You’re part of something that’s beyond going into a regular store.” 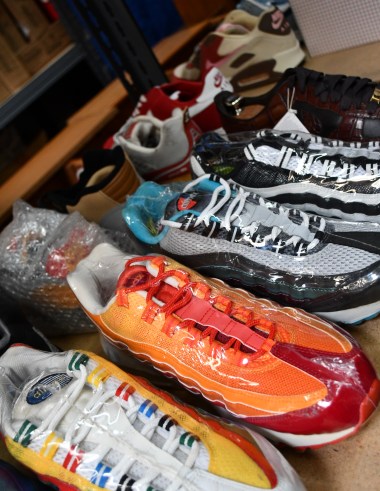 That’s part of how he met business partner Severino Alvarez, who said he always had a sense for style and followed the culture from a distance. The two met at Art Basel last year.

“I’m really into the art, culture, style and fashion, and I fell in love with Blitz,” Alvarez said. “And we’ve launched a lot of other stuff where Blitz isn’t just about Supreme, so to speak, or a shoe thing. We’ve brought in a lot of luxury goods and hard-to-get goods. We’ve thrown a lot of art into our collections — so, a limited piece of The North Face x Supreme to a limited piece of art.”

And in line with Ljustina’s out-of-the-box thinking, Project Blitz is getting into retail this year, but the founder said it will be anything but just a regular store. There will be an art component, with the concept at the front of the shop a nod to Project Blitz’s origins in Ljustina’s childhood bedroom and garage with the help of artist Joshua Vides. The art area will be changed annually, working each time with a different artist.

The space on La Brea Avenue will be near Union, Stone Island and Drake’s OVO store. 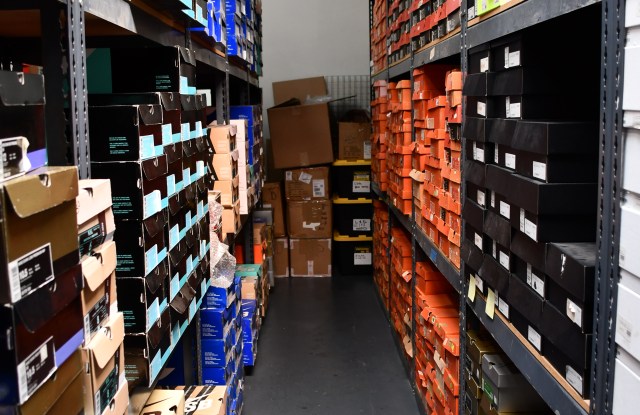