About 200 brands will show at the fair beginning on Sunday. Here are six booths not to miss. 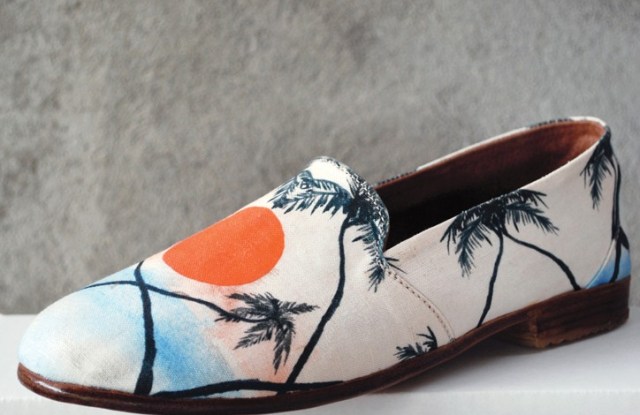 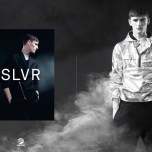 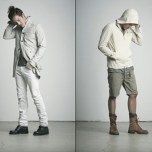 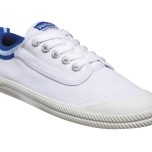 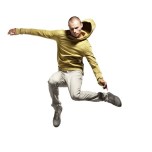 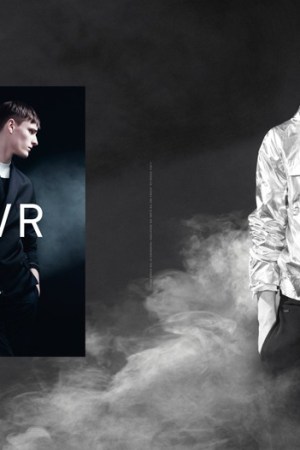 About 200 brands will show at Project New York beginning on Sunday — including a sizable array of footwear offerings. Here are six booths not to miss at the show.

Aaron Osborn’s path to making shoes was circuitous and unusual. A graduate of Rhode Island School of Design, where he studied painting, printmaking and furniture design, Osborn moved to Guatemala after graduation to do nonprofit work. Living there for six years, Osborn met a variety of skilled cobblers and became interested in their craft.

“I fell in love with making shoes and wanted to learn everything about them,” he recalled. After moving back to New York, he and his wife, Carla, began selling small batches of shoes handmade in Guatemala at the Brooklyn Flea Market.

“I used to go down to Guatemala every two or three weeks and bring back some shoes,” said Osborn, whose father and stepmother run an orphanage for special-needs children, called Amor del Niño, on the outskirts of Guatemala City.

In 2007, the Osborns launched their footwear brand and now sell to about 50 stores, including Urban Outfitters, Supply Room, Sir & Madame and Assembly New York. In the process, the company now employs about 34 shoemakers in Guatemala, reinvesting a portion of revenue in community development in that country.

The collection is largely fashioned from fabrics, with some leathers and suedes offered, as well. Some styles are made from recycled plastic bags, which are made into a basket-weave material. Retail prices are $130 for a loafer, $160 for an oxford and $170 to $180 for a boot.

Vivid colors and hand-painted patterns make for eye-catching designs, with some styles incorporating the Osborns’ photography.

“I often think of shoes as upholstery for the human foot,” said Osborn, relating the work to his furniture design studies. “Shoes have a nice skeleton to them. Every year I become more and more in love with the fabrics and the leathers.”

The sleek Adidas SLVR line is currently only available at two branded shops in New York and a shop-in-shop in the Base boutique in Miami. For spring, the line is expanding into wholesale accounts.

Launched in 2008, the Adidas SLVR line is a sport-inspired collection of both tailored and casual sportswear pieces that incorporate elements of comfort, technology and luxury.

“For spring 2012, I was looking into a sport that has an elegance, technique and a tailored approach to it — fencing,” said Dirk Schoenberger, creative director of the sport style division of Adidas, which includes Adidas SLVR. “We took details of that sport, silhouettes of fencing jackets and trousers and turned them into very pure and minimal sportswear pieces.”

The men’s offerings span from a tuxedo in lightweight wool with a nylon belt to sweatpant trousers. Nylon blousons and long, featherweight coats take their cues directly from fencing gear.

Field Scout is the term used to refer to Native American Indian trackers, hunters, protectors and leaders, those for whom a single feather is the symbol of having completed a great deed. The team at the Field Scout apparel brand, now in its third season, set out to build a men’s collection inspired by indigenous cultures from which a man can pick and choose to create his own individual style. The overall concept is utilitarian and military inspired, but each season, the company titles its line by the longitude and latitude of a particular region that inspired the collection.

For spring, the inspiration was the Kingdom of Bhutan in the Himalayan mountains and the Save the Tiger fund, which is working to guard against the extinction of the Siberian tiger, whose range includes that area.

The apparel collection is targeted to an international traveler and, under the direction of creative director Ryan Hartman, has expanded beyond its roots as an item business — T-shirts, Henleys and hoodies — into a full collection of tops, bottoms and accessories. Field Scout encourages the use of layering and its prices range from $45 for a tank top to $400 for a hand-knit sweater. Everything is made in the U.S. with the exception of the knitwear, which is produced in Peru.

Founded in 1939, Volley has a rich tennis heritage in Australia and is embedded in the fashion landscape down under. Owned by the publicly traded Pacific Brands, the casual sneaker company is making its first inroads into the U.S. for spring ’12.

“It’s an all-canvas sneaker with a rubber herringbone outsole and is known for its nautical rope-weave foxing on the outsole,” said Johanna Scully, brand manager at Volley. The shoes retail for $35 to $55.

For spring, the company is offering about 20 different colors, with some styles incorporating contrast trim. One group has been dubbed the sherbert range, with hues of refreshing pinks and yellows and greens.

The company plans to open a showroom in the U.S. and is aiming to partner with both chain stores like Urban Outfitters and independent specialty retailers to gain a wide distribution network for its affordably priced shoes.

Inspired by street soccer, the men’s collection Déjenos Jugar Calle — loosely translated as “let us play in the street” — is designed to represent the “creative, intuitive expression of the game” that can be played anywhere, anytime. “It doesn’t matter if the pitch is a dirt road or a parking lot. It doesn’t matter if the ball is regulation or rags wrapped in duct tape,” the company says on its Web site.

As such, the line, which is making its debut at Project, is offering a fresh take on athletic streetwear. The collection, which offers everything from base layers to blazers, is infused with activewear influences such as breathable fabrics that wick away moisture. There’s performance fleece and knitwear, proprietary Turkish coated denim, and articulated jackets with tailored armholes, long, lean fits and longer sleeves and cuffs.

The backers of the Los Angeles-based brand are keeping a low profile, but their background includes Tom Ford, Marc Jacobs and Nike.

It is positioned in the premium range, retailing from $150 for the base layering pieces to $500 for the jackets, and is designed to sit next designer collections such as Prada Sport and Y-3, according to the company.

It is being targeted to high-end department and specialty stores such as Neiman Marcus, Maxfield’s, Barneys New York and Oak.

The story of b Store began in 2001 when José Neves, Matthew Murphy and Kirk Beattie opened a shoe store on Conduit Street in the Mayfair section of London. The original concept was to invite graduates in the fashion, art and design worlds to showcase their collections within the store to complement the shoes. Customers responded to the innovative and eclectic product mix and the store relocated in 2006 to its current location on Savile Row. Since then, b Store has created a unisex apparel line under its own name that it shows on the runway during London Fashion Week and which helped the retailer earn the honor of Shop of the Year at the British Fashion Awards in 2006.

Designed by co-owners Murphy and Beattie, the b Store men’s collection offers stylish basics — classics with a modern edge — inspired by the designers’ mutual interests in art, music and film, in particular musical acts such as David Bowie, Joy Division and The Human League.

Key pieces include a cropped blazer with contrasting panels in seersucker and cotton, priced at $525, a striped linen painter’s shirt for $190, an oxford cotton rugby shirt for $263, wide-leg striped pajama trousers for $237, and a woven cotton suit for $797.

The inspiration for the season, according to Murphy, came from imagining the customer “at the end of his private education cycle, frustrated, bored with his stuffy, suburban, sports-filled weekend life. He was inspired by his only creative outlet, watching movies from the late Fifties and early Sixties, especially from…the new wave of Italian radical film makers, such as Bertolucci and Visconti. He was eager to emulate the life of the lead male characters from these films and visit the sun drenched, exotic locations of Visconti’s ‘Death in Venice’ and Bertolucci’s ‘Sheltering Sky’. His wardrobe represents his past and his future travels.”