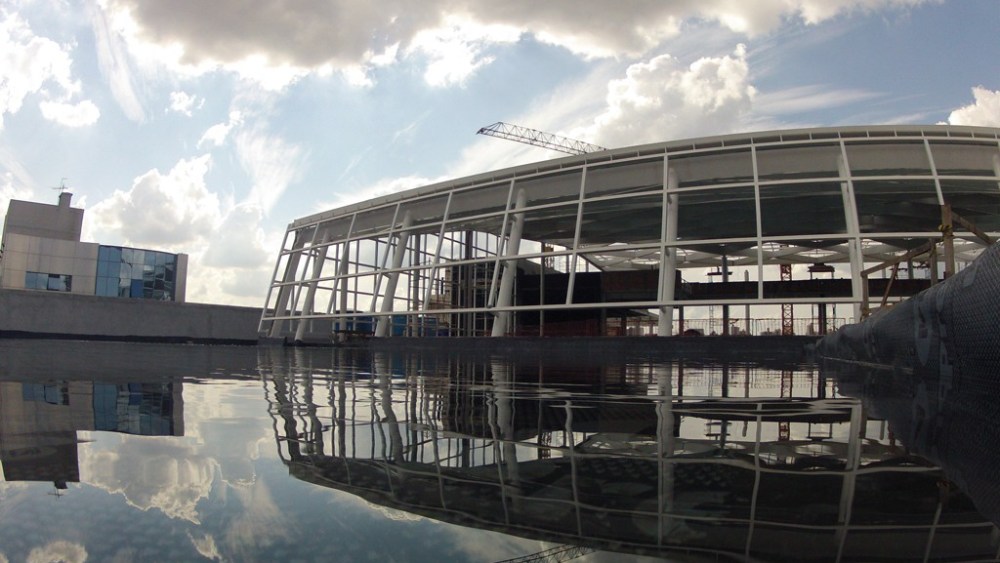 Curitiba, the European-influenced capital and largest city of the Brazilian state of Paraná, will finally get its first taste of luxury shopping when the Pátio Batel mall opens with Louis Vuitton, Emporio Armani, Kate Spade, Burberry and Carolina Herrera, among other international brands.

These will be the first stores of those brands in the nation’s southern region, home to the mighty Iguazu Falls and much of Brazil’s modern agriculture production.

Also among the 200 stores at the mall are Coach, Ermenegildo Zegna, Michael Kors, Tiffany & Co., Tory Burch, Versace — all firsts in the region — and local fashion brands Animale, Colcci, Farm and Cia.Marítima.

But it’s not dedicated exclusively to luxury: Fast-fashion empire Zara and cosmetics retailer Sephora have also confirmed they will have stores at Pátio Batel, as well as traditional Brazilian chains such as O Boticário and four anchor stores that haven’t been announced yet.

The mall’s opening has been postponed several times because of permit irregularities and construction delays. It is now scheduled to open in late August, but the developers don’t have a firm date yet.

Paraná is one of three southern states that border Argentina, Paraguay and Uruguay. The city is considered Brazil’s most developed capital, being consistently ranked among the top three capitals in the United Nations Development Program’s Human Development Index. It’s the second state capital with the highest concentration of upper and middle-upper class families, after the national capital of Brasilia, according to Brazil’s statistics institute IBGE. It has Brazil’s fourth-largest Gross Domestic Product after São Paulo, Rio de Janeiro and Brasilia.

“The project was designed with this cosmopolitan, upscale, globalized consumer in mind,’’ said Sonia Marques, marketing manager at the mall. “There are other malls in Curitiba, but Pátio Batel is meant to be more than a local project. It’s a gateway for new brands to access the southern region.’’

Curitiba is benefiting from growth in Brazil’s consumer class, fueled by easier access to credit, wage gains and full employment. Though economic growth slowed last year — Brazil’s economy expanded just 0.9 percent but is expected to recover and grow about 2.7 percent in 2013 — retail sales continued to grow. Sales increased 1.6 percent in April from a year earlier in the most recent reading by statistics agency IBGE. The data beat market expectations.

It’s surprising, however, that it has taken so long for luxury companies to set up shop in Curitiba. Brazil’s northeast, a semiarid region that suffers from severe droughts and has the country’s most extreme levels of poverty, last year got a mall in Recife. The mall has an entire luxury section, where Chanel Cosmetics and Burberry, among others, are scheduled to open stores. São Paulo, Rio de Janeiro and Brasilia, Brazil’s wealthiest cities, have attracted foreign luxury brands to their malls and upscale neighborhoods for two decades, not to mention luxury cars, which have been around much longer.

One of the reasons it has taken so long is that Brazil’s south is not a region known for explosions of consumerism, said Carlos Ferreirinha, president of MCF Consultoria & Conhecimento, a retail and luxury consulting company in São Paulo. That has to do with the conservative and frugal culture of the population in the three-state region, he observed. The states of Paraná, Santa Catarina and Rio Grande do Sul were settled by European immigrants from Germany, Italy, Poland and  Ukraine and by some Japanese families. Most of them started to arrive in the early 19th century, escaping wars and poverty and  attracted by the promise of free land as the Brazilian government sought to develop agriculture in the sparsely populated area.

“Although southerners are wealthier than average, they have a very different, more thrifty and conservative consumer profile than the rest of Brazilians,’’ said Ferreirinha. “The increase in consumer spending has been slower in the south, so brands have been more careful when assessing the possibility of setting up operations there.’’

Negotiations with foreign luxury brands were more difficult and took longer in the case of Pátio Batel compared with other recently inaugurated malls in Brazil, Ferreirinha noted. Most brands wanted to be sure that operations would do well in São Paulo and Rio, to then make a decision about a not-so-obvious consumer center like Curitiba. Pátio Batel started to take shape five years ago, and “it took a lot of convincing’’ for certain brands to be sold on the idea.

Until now, H. Stern was the only luxury brand with a presence in the city, at Mueller Mall, the first shopping center in Curitiba, which opened in 1983. A few multibrand stores, such as Capoani and Bazaar Fashion, sold items by Diesel, Galliano, Just Cavalli and Armani Jeans, among others, as well as collections by such Brazilian fashion brands as Cris Barros, Mara Mac and Victor Dzenk.

Grupo Soifer, a Brazilian real estate company that built four other malls in the country in the past 30 years, invested 280 million reais (about $127 million at current exchange) to develop Pátio Batel. The mall has four stories of shopping area and a five-floor parking garage in an area totaling 220,122 square feet. The structure is mostly vertical due to a lack of space in the elegant Batel neighborhood, home to most of Curitiba’s upper-class residents.

A huge skylight allows for natural light to reach all four floors where stores, restaurants, bookstores, cafés and art galleries are interspersed.

A 10-screen cinema complex built by Mexican group Cinépolis is located next to an open-air garden on the top floor, where lush trees are expected to provide a cool and bucolic ambiance. The marble used on the floors is white with black and gray details, while pink Rosso Verona marble was used to decorate parts of the facade. The sidewalk outside the main entrance was all redone with light-gray granite.