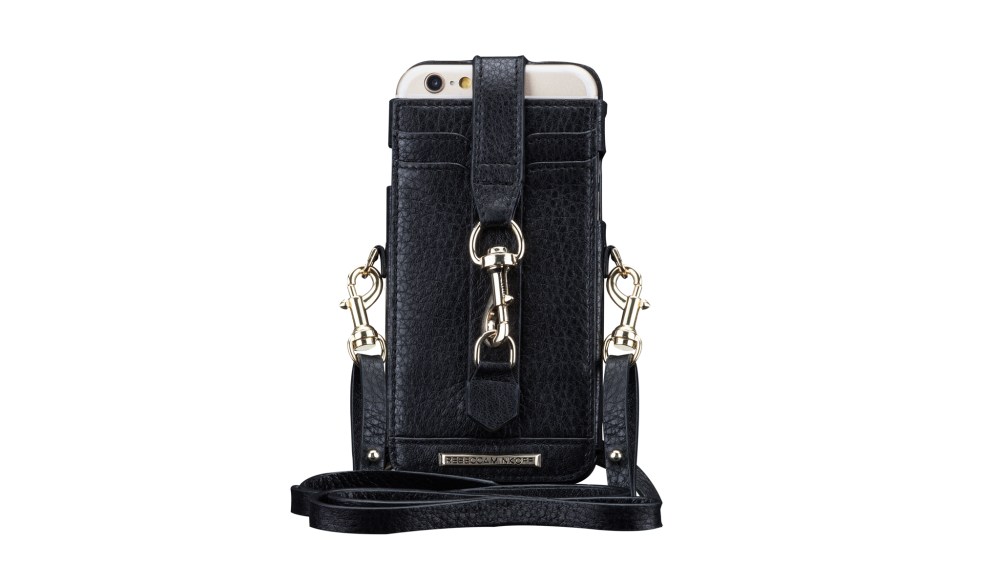 If there is one thing Rebecca Minkoff knows, it’s that her customer is hyper-connected.

“She has her phone out at all times – not in her bag,” said Minkoff, who on Saturday will introduce a collection of wearable leather goods and a selection of Apple Watch bands at her spring runway show.

The designer worked with Casemate to develop three products that cater to her Millennial consumer, one whose phone is increasingly becoming her wallet. The range includes a $120 charging wristlet folio, a $100 Universal Fringe Crossbody and an $80 iPhone 6 Sleeve Crossbody — which each serve as a handbag, wallet and smartphone charger that can charge an iPhone up to two-and-a-half times. The iPhone Sleeve Crossbody incorporates the designer’s signature metal clasp that helped the M.A.C. cross-body silhouette become the brand’s best-selling style.

Varying colorways of each style will be featured at the brand’s show with the entire range going on sale at rebeccaminkoff.com beforehand.

The move is an extension of Minkoff’s foray into the tech-related fashion category a year ago, when the designer teamed up with Casemate on a range of a notification and charging bracelets that sold for $120 and $58, respectively. Each contained some form of the brand’s signature pyramid stud detailing, such as a gold chain-link bracelet with studs or a flat gold stud that also serves as a clasp.

Minkoff said this collection marks the next iteration of her fashion-meets-tech offerings.

While the additions might not qualify as wearable tech in the typical sense – there are no activity trackers, light-up apparel or glasses that sync up with one’s phone – all the pieces have built-in chargers. The technology, while not revolutionary, is functional and could appeal to consumers whose devices are perpetually dying from constant use.

From the debut of in-store connected fitting rooms last year to a drone that will record the Minkoff show, he said the company seeks to be where “the Millennial in the near term is going to have their fashion technology experience.“

The brand does not have the crossroads of technology and accessories to itself, but is bringing some less-expensive options to market for its engaged fan base. Kate Spade & Co. teamed up with Everpurse to create a line of totes, clutches, wristlets and backpacks that have charging capabilities, but the range retails from about $200 to $700, more than five times the price of Minkoff’s most expensive piece.