Minkoff will roll out four to six stores in the city by 2018 and is also looking to enter the market in China. 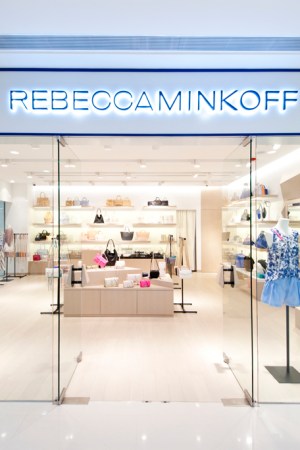 “We want to focus on these really great supercities and Hong Kong is definitely one of them,” said the designer, who was dressed in a shirtdress and leather jacket. “I love the fashion here. It’s a very edited view and I think they take more risks.”

Minkoff will roll out four to six stores in the city by 2018 and is also looking to enter the market in China. Future stores in the region will be equipped with digitized fitting rooms similar to those unveiled in the U.S. The brand is currently working on localizing the technology to provide services in both simplified and traditional Chinese.

Alongside Hong Kong, Minkoff is flying to Tokyo to scout for a new store location. Last year the brand shuttered its flagship, which opened in Ginza in 2012. “We found that’s not the right location for our customer. That’s a very Fifth Avenue-type of customer whereas we [attract] a more [Greenwich] Village and SoHo-type customer,” she said. Chief executive officer Uri Minkoff added that the scale of the store was another issue: “It was gigantic. What we’ve done since then is figure out what’s the proper footprint to best befit the brand.”

The brand currently has 12 points of sale in Japan.

By June, the company will cut the ribbon on a store in Los Angeles, and one in Chicago by the end of the year. In Asia, the brand plans to expand its presence in Korea. It also expects to open stores in the Philippines, Malaysia, Thailand, Singapore and Indonesia within the next 18 months.