In June, the designer will unveil an 1,870-square-foot flagship at 980 Madison Avenue, between 76th and 77th Streets. 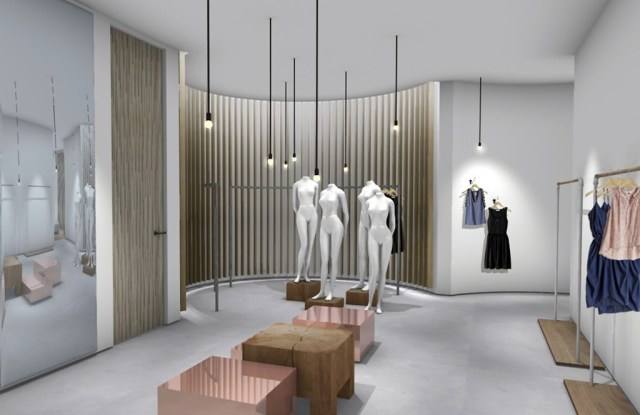 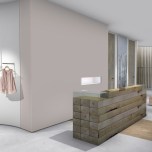 NEW YORK — Rebecca Taylor may live in Brooklyn, but she’s a downtown girl at heart. To wit: stores in the Meatpacking District and NoLIta, and recent edgy collections. Taylor in June will have an uptown address when she unveils an 1,870-square-foot flagship at 980 Madison Avenue, between 76th and 77th Streets. The store will carry a large assortment of Rebecca Taylor ready-to-wear, handbags, shoes, limited edition collaborations and exclusive products.

“We have a huge customer base uptown,” Taylor said. “She is coming to our Meatpacking and NoLIta stores, but we want to make ourselves more accessible to her.”

Elizabeth Bugdaycay, chief executive officer of Rebecca Taylor, declined to divulge sales projections but said the Madison Avenue store is expected to be the company’s highest-grossing unit with a volume forecast to be 40 percent greater than Taylor’s Meatpacking District shop.

Three more Rebecca Taylor stores will open this summer in Scottsdale Fashion Square, Atlanta’s Phipps Plaza and The Westchester mall in White Plains, N.Y. That will bring the number of new stores in 2012 to nine. Taylor next year plans to open eight stores, including units in Chicago, San Francisco, Boston, Dallas and Bal Harbour, Fla. The designer wants to expand her footprint in Hong Kong, where there is a store at the Harbor City mall. Bugdaycay said the company is considering IFC Mall, Times Square and Pacific Place, and eyeing the Marylebone neighborhood in London.

“It’s similar to NoLIta,” Bugdaycay said. “We can open as many as 20 to 25 stores in the U.S.,” she added. “We want to stick to more densely populated areas.”

Taylor is designing the Madison Avenue store for busy women who “are shopping more online and have lots of different venues to choose from. Shopping has turned into a guilty pleasure. It has to be an experience.

The store will have polished cement floors, and old ballet bars will be used as racks for holding products. Curving walls are accented by oversize Russian white oak doors that lead into the fitting rooms. Throughout the space will be pops of pink neon lighting, one of Taylor’s signatures.

“We’ve been able to accelerate our investment in retail since we were acquired by Kellwood,” Bugdaycay said.

Kellwood is also enabling Rebecca Taylor to do something it never did before: advertising. The designer in the fall will break its first ad campaign, which will be seen on taxis and in fashion publications, which have yet to be determined.