As U.S. retailers set their sights on the choice-hungry customers to our north, Beauty Inc. examines the nuances of the market and how it's expected to evolve.

By Molly Prior on November 9, 2012
View Slideshow 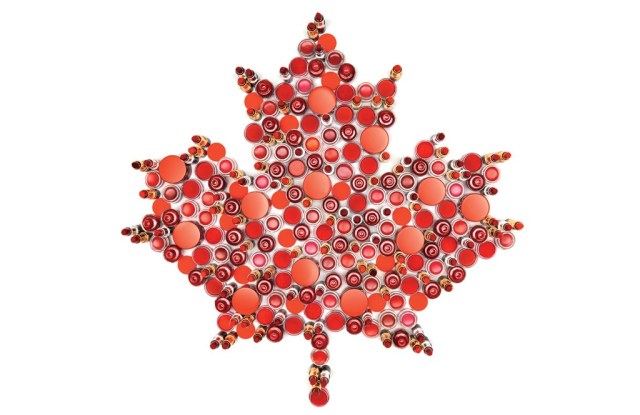 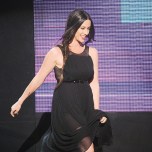 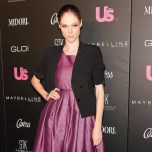 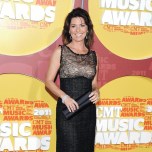 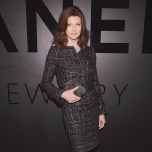 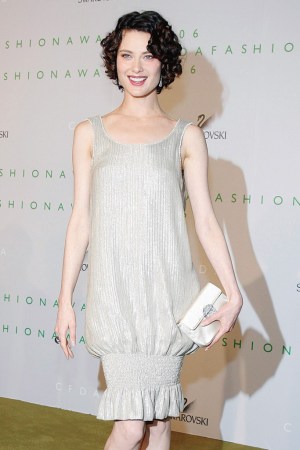 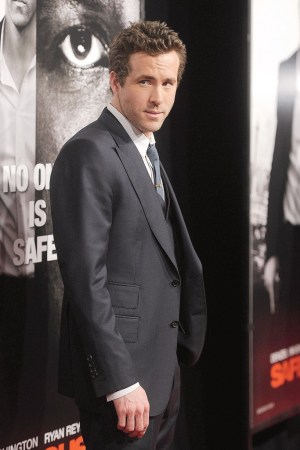 When Miranda Purves, Flare magazine’s newly installed editor, returned to Canada after living in New York City for more than a decade, she found a new retail landscape. An influx of outside retailers, including H&M, Zara, J. Crew and Anthropologie, have all set up shop there. They are a welcome sight, says Purves, but Canadians are still longing for the bounty of choices that Americans enjoy. After all, some of beauty’s most highly sought after brands have yet to make the trip up north, says Purves, pointing out that Tom Ford Beauty and Dolce & Gabbana makeup are not yet available in Canada. In fashion, it’s the same story. “You can’t get [Maison Martin] Margiela shoes unless you order them online,” she laments.

“There still are what feels like limits.” That may soon change, as a host of U.S. retailers have dubbed Canada the land of opportunity.

J. Crew, Limited Brands and Sephora are all drafting expansion plans across Canada. Others, including Target and Nordstrom, are planning their grand entrances over the next several years.

“Canada is a great, low-barrier entry point for U.S. retailers. It’s the obvious next move,” says James Smerdon, director of retail consulting for Colliers International, a real estate company. It’s also a growing market. A flurry of new retail development in Canada is giving retailers an opening to build an international business without having to travel across the Atlantic, say industry experts.

“But it’s not without very formidable challenges,” continues Smerdon, noting the great distances between the country’s metropolitan areas, the wide-ranging consumer profiles across each market and the hefty logistical investment required to cover the vast landscape.

“You can count on your 10 fingers the major markets in Canada with more than 500,000 people,” he says. In fact, by Smerdon’s count there are eight, namely Toronto, Montreal, Vancouver, Calgary, Edmonton, Ottawa, Winnipeg and Halifax, with only the first three cities’ populations reaching one million and above.

The northern expansion of U.S. retailers has rattled the country’s domestic players, who have long held leadership positions in the market. But, the Canucks are not taking the advancing competition lying down. Holt Renfrew, Hudson’s Bay Co. and Shoppers Drug Mart all are sharpening their merchandising approach and swiftly moving ahead with store updates. “More entrants force people to raise their game and meet the challenge,” says Pat Dean, senior vice president of category management at Shoppers Drug Mart. “We take any new entrant into the market very seriously.” The Canadian pharmacy is currently drafting plans for “the next evolution,” its in-store, high-end beauty concept, Beauty Boutique, and in March began testing an e-commerce site for its stand-alone luxury beauty store, Murale.

Holt Renfrew is also not sitting idly by. The department store, which has nine units across Canada, has a dramatic expansion plan in the works.

“Our current plan is to expand the square footage of our existing network of doors by 40 percent before the end of 2015, through enhancements within the communities we are part of now,” says Alix Box, senior vice president of sales and marketing for Holt Renfrew. The Holt Renfrew at the Yorkdale Shopping Centre in Toronto will be the first store to showcase the new vision, she says. The store there will double in size, to 120,000 square feet, by the time work is complete in August.

The 175-year-old department store has sought to bring designer brands to Canada’s well-heeled shoppers. It’s an establishment in Canada that counts Chanel, Prada, Burberry, Victoria Beckham and Rag & Bone, to name a few, among its key brand partners. Box says that sales of its top 20 brands are up an average of 30 percent year to date, compared to the same period last year, and are on track to double within three years. In beauty, some of its most popular lines include La Prairie skin care, Giorgio Armani cosmetics, Creed fragrances and Aerin Lauder’s newly introduced namesake collection.

Hudson’s Bay Co.’s The Room is known for its high fashion brands as well. Its fall look book features designs by Proenza Schouler, L’Wren Scott and Brian Atwood. The retail company, which in October filed for an initial public offering on the Toronto Stock Exchange, is taking a hard look at its offering and presentation across its nameplates. Recent initiatives include building large store-in-store shops for Topshop at The Bay department stores, and industry observers said more store-within-store concepts are to come.

“[Canada] is a landscape grounded in a lot of tradition, but it’s been shaken up by early incursions from U.S. retailers and now it’s anticipating the next round. There’s been a ripple of American retailers in Canada,” says Wendy Liebmann, chief executive officer of WSL/Strategic Retail, noting that Wal-Mart and Costco are well established in the country. “But it’s the Target and Nordstrom announcement that made everybody go, ‘Oh my!'”

In the past, the country’s low vacancy rates have made real estate difficult to come by for new entrants. But new development is in full swing and helping to open the door for U.S. retailers.

Target and Nordstrom are taking an alternative approach to new development, and setting up shop in existing retail space. Target said it plans to convert 125 to 135 Zellers stores to its nameplate throughout 2013 and 2014, and envisions a total of 200 stores in 10 year’s time.

Similarly, Nordstrom will convert a number of Sears sites, with a goal of opening as many as nine full-line stores and 15 Rack outlets. The first Nordstrom store is slated to open in fall 2014 in the Chinook Centre in Calgary. More locations are expected to open by the end of 2016.

“If there is one issue that the Canadian market has suffered from, it is that it is quite anaemic when it comes to competition. We’re a small market,” says Doug Stephens, president of Retail Prophet Consulting. “Canadians are hopeful that the new entrants will bring competition and variety in pricing and service levels.” Along with Canadians’ excitement comes high expectations, as they are well aware of U.S. retailers’ offerings and pricing via the Internet and cross-border shopping. “Retailers need to be mindful of the high expectations that Canadians have. Canada is not a market that sits in a bubble without knowledge of what’s going on outside its borders,” says Stephens, who points to J. Crew’s pricing snafu in Canada to illustrate the point.

J. Crew opened its first store in Canada a little over a year ago in the Yorkdale Shopping Centre in Toronto, much to the delight of eager Canadian consumers. But the retailer soon found itself in the middle of a backlash over pricing, which was noticeably higher on its Web site and in the store than in the U.S. Not long after, J. Crew reversed its decision to charge Canadian e-commerce shoppers for duties, but said it would continue to charge an average of about 15 percent more in Canadian stores and on its Web site to offset the cost of doing business in Canada.

Still, J. Crew’s arrival—and that of several of its peers—is seen as both a welcome development and long overdue.

Erin Kleinberg, cofounder of the Toronto-based style blog The Coveteur, says, “I was so thrilled to see J. Crew come. It’s been a long life waiting for American brands to come to us.” Kleinberg, who also is a designer, says when she was younger she’d drive to Buffalo to shop at Old Navy, and each year during a trip to Palm Springs, Calif., she and her family would hit the Desert Hills Premium Outlets. “We did our shopping in the U.S.”

Kleinberg is not alone in her cross-border shopping habit.

“Canadians are starved for brands that they can’t get. That’s why you see a lot of cross-border shopping,” says Joe Magnacca, a Canadian who is now based in Chicago in his role as president, daily living products and solutions at Walgreens. Magnacca knows Canada’s retail landscape well, having held executive posts at Loblaw and Shoppers Drug Mart before moving to the U.S. in 2008.

For Target, cross-border shopping means high brand awareness. Prior to announcing its plans to enter Canada, Target had 70 percent awareness in the country. Today, it’s at 92 percent—and that’s before Target has even opened one door, says John Morioka, senior vice president, merchandising, at Target Canada.

“Target had a lot of growth in the U.S., with 1,700 stores, and looking over the border to Canada was a natural opportunity,” says Morioka. He adds that Target will take a nuanced approach to certain categories—including apparel, food and beauty—and make adjustments to cater to Canada’s various ethnic groups. Vancouver, in particular, has a large Asian population, and Toronto is an incredibly culturally diverse city, he says. But on the whole, Target’s Canadian stores will reflect its approach in the U.S. “Canadians want the Target experience that they see when they cross the border,” says Morioka.

Philippe Pinatel, who moved to Canada six months ago from the U.S. for his role as senior vice president and general manager of Sephora Canada, says what struck him most about the country was how ethnically diverse it is. “I’ve been to about five store openings this year in Canada and every time I see a very broad spectrum of clients,” he says.

“We have a much stronger focus on Asian clients, so we have recently added AmorePacific and Jurlique, an Australian brand that has done very well in Asia,” says Pinatel. Sephora Canada is also adding more whitening products and formulas with SPF to the assortment. In Vancouver, a city that many say has a similar vibe to Seattle, Sephora has added more natural brands. “We have a stronger distortion of natural [products] in Vancouver. The five brands that are doing well there are Boscia, Ole Henriksen, Fresh, Korres and Josie Maran,” says Pinatel.

Sephora opened its first store in Canada in Toronto in 2004, and now has 37 stores in the market. Pinatel says that Sephora began with a slow rollout, opening one to two stores a year, and has built up to its current cadence of seven stores a year. Its multibrand concept and European heritage seem well suited for the market, say industry observers. In fact, the opening of the Sephora store on Saint Catherine Street in Montreal last June was the most successful opening ever, only surpassed by Sephora’s entry in Brazil in July.

Pinatel, whose past experience includes stints in China and in France for Guerlain, says the pace of openings is steady and deliberate. “There’s nothing worse than assuming how a new market will respond.”

Liebmann issues a similar word of caution for retailers. “Canada is a market that at first glance looks familiar,” she says, “but there are a lot of differences. Canadians look like us and generally sound like us, and the presumption is they’ll want to shop like us…But there is a sense that the Canadian shopper is a little more prudent.” Also, she notes that the market is spread out across a vast landscape and within each province there are big cultural differences. “In the U.S., we’ve had a one-size-fits-all strategy for a long time, But in Canada, you cannot have a singular approach,” says Liebmann.

Fortunately for Canadians, the retail options—and competitors—are begining to multiply. Magnacca says, “I’m glad I don’t have to compete in Canada. Everyone is jockeying for position.”