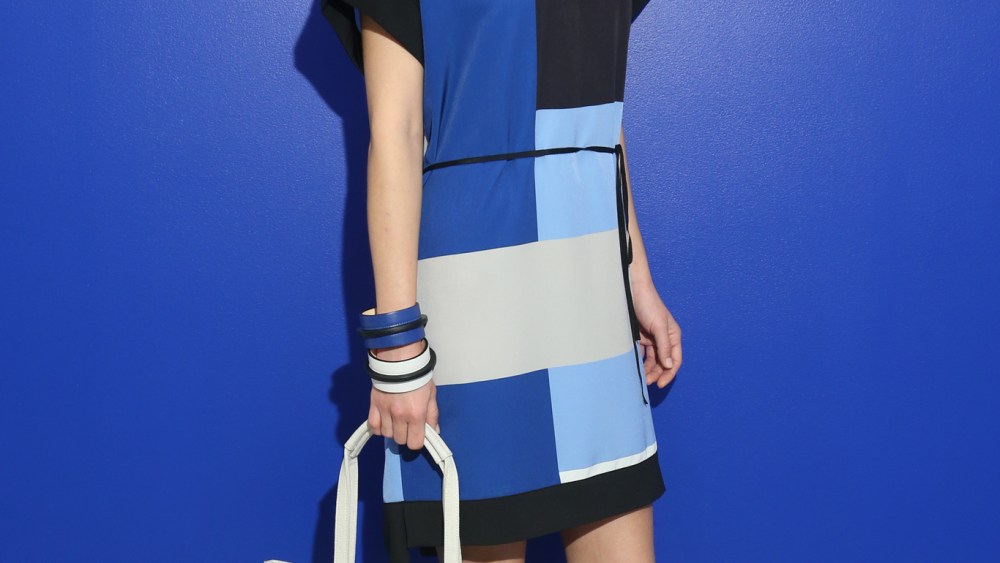 Reed Krakoff has a new gig – and this time it’s with Kohl’s.

The designer, whose signature collection included handbags priced in the $1,200 to $3,000 range, has created the limited-edition Reed for Kohl’s collection, with prices between $15 and $129. Krakoff called the line “the new accessible luxury.”

Reed, which will bow at 1,116 Kohl’s stores and kohls.com in mid-April, offers women’s wear and footwear, as well as a strong handbag and accessories component. Reed will be a stand-alone limited time collection — at the moment planned only for the spring 2016 season — and not part of DesigNation, a moniker Kohl’s is thinking of retiring.

“The future of the designation is to be determined,” said Michelle Gass, Kohl’s chief merchandising and customer officer. “Frankly, the designation isn’t a significant priority for us going forward. We’re bringing in these great known brands to elevate the assortment in the store. We’re making sure that Reed is our primary focus.”

Reed’s apparel has “a contemporary feel in a good, modern way,” she added. “Among the areas we’re looking to grow and expand are the modern and modern classic looks.“

From miniature handbag key fobs to large color-blocked tote bags, carryalls come in a range of sizes, with color-blocked styles in green, burnt orange, yellow and gray and black. Some handbags and totes have perforated pockets into which pouches in a variety of colors and prints can be inserted. The pouches’ colors can be seen through the perforation, thus customizing the bags.

“Reed is so famous for what he’s done in the world of handbags. He’s responsible for designing, touching and influencing more handbags than any other designer in the world,” said Gass, referring to Krakoff’s career at Coach Inc. “He’s a master. When you look at the iconic bags he created under his own name, they’re fantastic. They’re thoughtful, elegant and very functional.

“He’s built a collection for us based on his own collection,” Gass said. “There are nuances and differences, and he made [the products] more acceptable.”

The collection was developed in conjunction with Global Brands Group, which partnered with Reed and Kohl’s on design, sourcing and production.

Krakoff said his goal with Reed was “not to create a collaboration, but to create a new space.” The scope of the Reed product offering “was supposed to be narrower. We over-developed. The excitement was there.”

Prior to launching his signature collection in 2010, Krakoff was president and executive creative director of Coach, where he was credited — along with former chairman and chief executive officer Lew Frankfort — with driving the brand to $5 billion in sales from $500 million.

Krakoff said he identified a yawning white space in the handbag and accessories market for products with value pricing. “There’s this amazing opportunity for handbags in this space and for design that’s absolutely unique and exciting and affordable,” he said. “At the highest order, the mission of Reed is to create excitement in accessories. It’s not a very dynamic spot right now.”

Krakoff said the technology used to create the collection didn’t exist until recently. “To be frank, you never know where it will go with this level of detail,” he said, referring to quality. “There’s now an ability to produce amazing products at very attractive prices.”

The designer suggested that there may be consumer backlash against the extreme prices of some luxury handbags. “The consumer shops everywhere and understands great product,” he said. “When I had my first meeting with Kohl’s, I realized we were really in the same place. They wanted to change how people feel about handbags at this price point.”

Developing Reed allowed Krakoff to look at raw materials in a fresh way. “We used canvas and technical leather,” another name for laminated canvas that “feels like real leather. There’s a point where expensive leather is beautiful and desirable. But technical leather can be a real plus in terms of performance,” he said. “It’s lightweight and durable. It behaves like premium leather. The first time I saw a sample it was good. By the second or third, you forget it’s not leather, it’s just a bag you love.”

Designing the apparel was equally eye-opening in terms of fabrication and construction. “There was nothing we couldn’t do,” he said. “My aesthetic plays into this. It’s not ornamented and there was a lot of print work. It has the same aesthetic as my core brand.”

Some of Krakoff’s trademarks, such as track pants, athletic-inspired knits and crisp, utilitarian pieces, are seen in the Kohl’s collection. Reed styles include a color-blocked blue dress inspired by the artist Josef Albers, a bead-covered white top with graphic black ferns printed on the beads, a dress with a hand-drawn floral print, and a blue cycling-inspired top paired with a white eyelet skirt.

Krakoff revealed in March that he was suspending operations of his signature brand while the company refocused itself. Asked on Tuesday about his own collection’s prospects, Krakoff said, “We’re in the process of having a number of conversations with a variety of groups. They’re all interesting and exciting. It will be a while before we finish. We have a lot of interested parties. There’s a lot of love for the brand.

“Over a year ago, I started thinking of broadening the offering to a broader consumer and making the [Reed Krakoff brand] more accessible,” he said. “We’ve talked about it. It’s something that’s been a part of our dialogue.”

A message on Krakoff’s Web site reads, “We are currently undergoing a thrilling transformation and reedkrakoff.com will soon have a completely new look and feel.”

During a photo shoot of the new Kohl’s collection, Krakoff said, “It’s so important to be super-focused and stand for something,” as he paused the photographer multiple times to adjust a handbag strap or style a look differently. He pointed out small details, such as magnetized snaps and Reed branding on handbags and zipper pulls. Novelty hangtags can be attached to the bags and say things like, Yes, Wow, XO, !!! and FYI.

Giving Reed permanent status at Kohl’s “is something we’ve talked about. It was a fantastic experience, so it’s pushing me in that direction…It has to work in tandem with the core brand,” he said, referring to his signature line.

“Right now, our focus is launching the limited time collection and putting our best foot forward,” Gass said. “We’re always open to explore what things might come out of that.”

A portion of Reed’s proceeds will be donated to the Council of Fashion Designers of America.