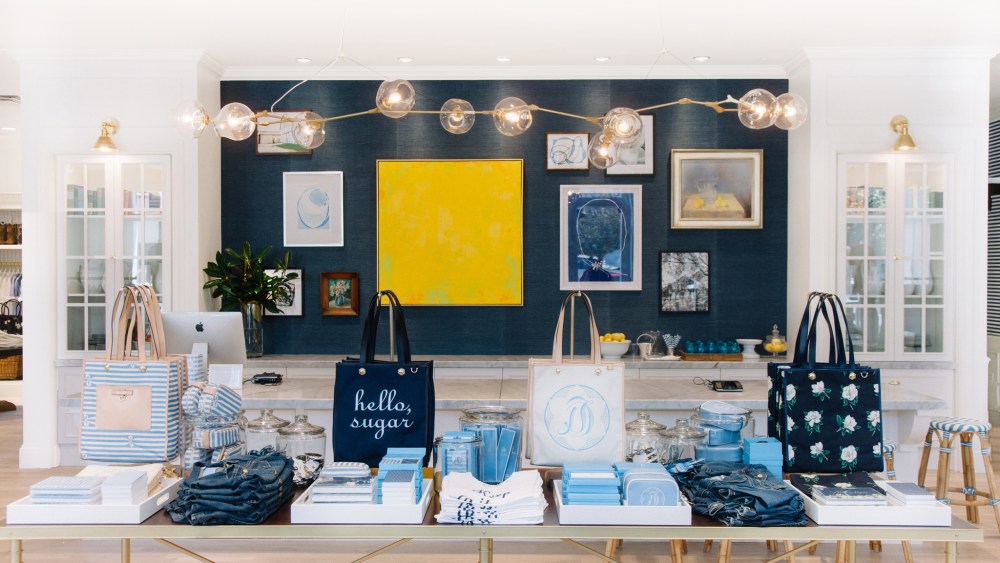 Draper James has opened its first store, a 3,000-square-foot flagship in Nashville, designed to resemble a Southern home.

The fashion and home brand that Reese Witherspoon launched online in May has a south-of-the-Mason-Dixon-line aesthetic, paying tribute to the bright colors and floral prints favored by Southern women.

The store, whose windows are meant to look like a front porch, was designed to feel like a “Southern home, rooted in tradition,” said interior designer Mark Sikes, who is also working on Witherspoon’s private home.

“We have a genuine story and such a large megaphone,” Hyde said. “Reese is a world-class storyteller. To bring this all to one place and tell the story in one building is wonderful.”

“I grew up in Nashville and it’s been such a direct inspiration for the brand,” said Witherspoon. “It just felt like the right place for our flagship.”

While the paint is hardly dry on the brand’s first unit, Hyde said the company wants to dot the South with stores. Draper James has said it will open a store in Dallas. Hyde said the brand is targeting Charleston and Atlanta after that.

“We’ve sold in 22 different countries and 50 states,” she said. “We have a lot of international interest from consumers. About 30 percent of our sales are coming from the South.

“We want to be very disciplined in our approach to a retail rollout,” said Hyde. “We’ll open one to two stores a year for the next five years. The growth is strategically well-planned. As we introduce product extensions, we’ll choose brand partners. Reese has such a wide reach. Customers have asked for bridal, shoes and swimwear. We’re only 21 weeks old. It will all come in time.”

Hyde said other channels of distribution such as wholesale and licensing will be added. “We’ve been approached already about wholesaling and we’ll start in the next two or three years.”

Launching online has given the brand an edge. “It’s given us real-time insight into understanding the fundamentals of customers’ decisions. We’ve learned a lot about what consumers like and it’s allowed us to test, reorder and react quickly.”

It’s one thing to try to convey a sense of Southern hospitality through an e-commerce site and quite another to do so in a store. At Draper James, sales associates will offer customers glasses of sweet tea and proffer cupcakes.

Architect Benjamin Sohr designed the entrance to open on to an expansive living room. A long marble cash wrap with stools on one side is meant to evoke a kitchen island, while the accessories area with wicker chairs resembles a family room. “We wanted the back entrance to feel like a mud room,” said Sikes. “There’s a white bench with pillows and hooks for coats.”

Throughout the store there’s art by Southern artists and photographers, such as images of horseshoes, emerald lawns and magnolias.

Draper James has identified brand ambassadors, a group of “social, smart and dynamic women in Nashville who embody the brand,” Hyde said. “We want them to feel that the store is their place where they can have events and do outreach to the community. They’ll be wearing the clothes.”