In retail, nothing is set in stone, especially when a better opportunity comes along. 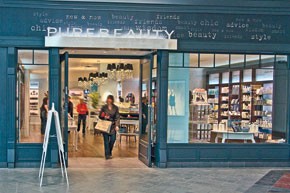 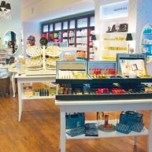 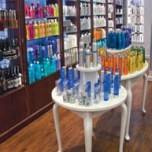 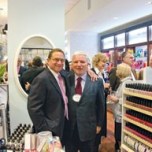 In retail, nothing is set in stone, especially when a better opportunity comes along.

The most recent example of changing one’s tune is Regis Corp.’s reworked strategy for Trade Secret, a 630-unit retail chain with a tired beauty mix consisting of professional hair and nail products. In December, the $3 billion owner of retail stores and salon chains announced it would be overhauling Trade Secret by adding cosmetics, skin care and bath and body products, and organizing in-store events to drive consumer traffic. At the time, several industry watchers doubted the new strategy was viable: Inventory was “slow to move” as it was, they said, without adding new items into the mix. They also cited how last year was the first time the $253 million division posted a sales decline — 4 percent — in more than 15 years. But in January, just a month after announcing its big Trade Secret overhaul, the Minneapolis-based owner of Regis Salons, Jean Louis David and Beauty Express announced it bought the remaining 80 percent of rival beauty boutiques PureBeauty and BeautyFirst it didn’t already own, and would now change all Trade Secret stores to the PureBeauty banner, in concert with store and product mix upgrades. Beauty Express locations would soon also become BeautyFirst stores. In a nutshell, Regis would be launching an entirely new chain in a highly competitive market led by Bath & Body Works, Ulta and Sephora.

Despite being up against innovative and creative beauty retail experts, the PureBeauty prototype that celebrated its grand opening earlier in the month in Minneapolis’ Mall of America, looks as if could go head-to-head with some of the majors, if not entirely due to its vast brand and product mix, which ranges from Tweezerman tweezers to Jessica Simpson’s HairDo to Frédéric Fekkai shampoo to YSL cosmetics.

The new 1,900-square-foot space is situated on the first floor of the mall, right next to Nordstrom. It is packed with brands, about 75 of them, and is already holding events hosted by regional reps and makeup artists, such as the Jane Iredale makeover party that took place during this reporter’s store tour on Wednesday.

Upon entering PureBeauty, shoppers are presented with an array of cosmetics and skin care offerings, with 12-foot wall displays broken up into 2- and 3-foot sections stocking items from Dermalogica, Murad, Freeze 24/7, H2O+, Zeno and Go Smile.

“We are seeing immediate success with both brands,” said Norma Knudsen, chief operating officer for Trade Secret. “Jane Iredale is the answer to mineral. The company is very particular about the retailers who carry it so we feel very privileged.”

A 4-foot YSL lighted display emphasizes the brand’s premium positioning, one that will likely cater to PureBeauty consumers, who on average earn around $125,000 per household.

“We don’t want to lose our core Trade Secret consumer. We are the OPI destination and are known for that. We try to carry everything they have,” Knudsen said.

There’s also a section for hair tools, where a shopper can find FHI, CHI and Bespoke appliances.

Hair care regimens for women with hair loss are available toward the back of the store, by the salon area, such as Nioxin and Pure Therapy, the chain’s own brand that sells for $89 for an at-home kit.

In the salon area, which legitimizes the selling of professional products, are two stylist stations. There also is a treatment room for skin and assorted spa services.

Several displays for home care are also at the back of the store, in well-lit displays, and maintenance and feminine hygiene items, such as depilatories by Parissa and wipes by Sweet Spot, are here too.

On the way back toward the front of the store, merchandise returns to hair care, with brands such as Paul Mitchell, Big Sexy Hair, Joico, Phyto, Simply Organic, Ojon and Wella in various displays. A smattering of fragrance items by YSL are presented by the checkout.

Dotting the selling floor are tables dedicated to certain product themes, such as travel products, lip plumpers and brow items.

In order to help consumers navigate the store and all of its brands (and to build a consumer database) PureBeauty offers Beauty Metrix, an area in the center of the store where for $75 a staffed aesthetician provides a 15-minute skin hydration, elasticity and oiliness measurement, as well as hair density and cuticle damage analysis. In return, the Metrix spits out a prescription of products carried by the store.

Indeed, PureBeauty is a departure for Regis. And for those who want to compare the two, an existing Trade Secret in the Mall of America continues to operate about a 7-minute walk from PureBeauty. After a perusal of this store, it is apparent why Knudsen and Regis chief executive officer Paul Finkelstein would decide to get rid of the banner over the next several years. About 200 stores in the company’s 2009 fiscal year, which begins July 1, 2008, are planned for the PureBeauty makeover.

Knudsen continued, “It seemed a better, more logical choice to change over all the Trade Secret stores to the PureBeauty banner. It would have been confusing for the customer [otherwise]. Launching this mix under Trade Secret would not have had the same impact.”

The need to add these products was essential, too, she said.

“This is a superloyal customer and by us not offering these products we are sending her to our competition.”

The Mall of America Trade Secret will be part of a test group of stores that will be changed to the PureBeauty format. It is not uncommon to have two locations in the mall, due to its size. Several retailers operate two stores there, including Bath & Body Works.

That the name PureBeauty actually explains the purpose of the store is what most appeals to Finkelstein. When Regis bought beauty chain Beauty Express in 1992 and Trade Secret in 1994, it was decided that the Trade Secret banner should be rolled out to all the stores since three-quarters of all Trade Secrets were franchised.

In explaining the quick turnaround from the original Trade Secret strategy in December to its most recent plan, Finkelstein admitted he “always knew that Pure Beauty was the right vehicle” and that he was going to “buy it anyway,” sooner or later. “We are very acquisitive.”

As for when he expects PureBeauty to improve performance, Finkelstein pointed to an unknown time in fiscal 2009.

“We are going to do it right. Some of the lines in the Mall of America now won’t be there in six months. We have the luxury of time. We are going to market it. I would certainly expect that in fiscal 2009, in terms of comps,” to see an uptick, “but I can’t tell you which quarter.”