The popularity of past designer collaborations on resell platforms like Tradesy offer clues. 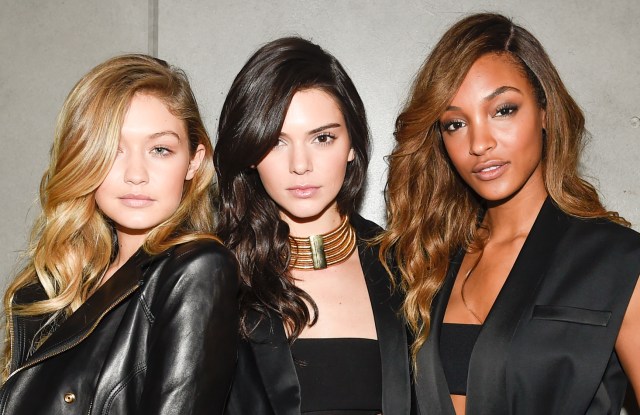 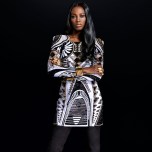 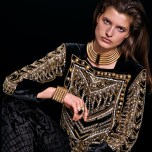 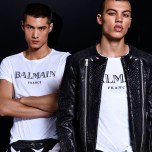 When the Balmain x H&M collection comes to 250 H&M stores and online on Thursday, it will join the likes of Comme des Garcons, Maison Martin Margiela, Alexander Wang, Proenza Schouler and the many other designers before it who have collaborated on a capsule collection with mass-market accessibility.

Despite comparably high prices and exclusivity, the Balmain brand has wide market familiarity, and thus its H&M collection is likely to garner major market demand, thanks in part to its celebrity clientele and creative director Olivier Rousteing’s social media savvy.

“This is probably going to be the biggest designer collaboration, in terms of market demand, because of the hype around Balmain,” predicted Tradesy founder Tracy DiNunzio in advance of the launch. “If you look at the line, it more closely resembles the brand’s original pieces.” The H&M collection prices are still somewhat high for fast fashion — the most expensive piece, a beaded dress, is $570.

DiNunzio predicted a high resale value, based on other collaborations that have shown up on Tradesy in the past. Since launching three years ago, the peer-to-peer reseller of designer accessories and apparel has seen pieces from collaborations including Alexander Wang x H&M, and both Lilly Pulitzer and 3.1 Phillip Lim for Target.

Although she does not support so-called “retail scalping,” in which customers intentionally buy a bulk of items to resell them for a profit, DiNunzio is able to pinpoint which items might have the highest resale value based on data from previous designer collaborations.

“Profiteering is anti the spirit of what these collaborations aim to be, which is to make high fashion more accessible,” she said. “But we do encourage women who are going to buy and wear it to feel confident knowing that they will retain significant resell value.” (H&M has also limited the amount that individual customers can buy.)

Thus, the Balmain x H&M pieces worn by those including Kendall Jenner, Gigi Hadid and Jourdan Dunn at the recent runway show as part of the collection debut are likely to be those most in-demand.

On the opposite end of the spectrum, the pieces that are the most intricate and similar to actual Balmain Paris pieces are both wearable — and valuable — long after the first wear. A year after the Alexander Wang collection, for example, collection items go for close to double the original retail price. Two years after the 3.1 Phillip Lim for Target collection, the average sale price on Tradesy is $77, while the average retail price, in 2013, was $47.

Finally, DiNunzio said, she expected an “influx of listings” due to a strict three-day return policy.

Although she has observed designer collaborations raising the profile of the brand in general — as in the case of Lilly Pulitzer for Target, when overall Lilly Pulitzer sales increased — she did not foresee a major increase in Balmain pieces on Tradesy.

“Since the announcement of the collaboration, we have noticed a 20 percent increase in the rate of listings,” she said. “But Balmain is not one of the bigger or more popular brands, because the women who buy actual Balmain are probably less incentivized to resell it.”

But finding Balmain x H&M on resell outlets might be far more likely. And as Rousteing recently told WWD, availability is, ultimately, the point.