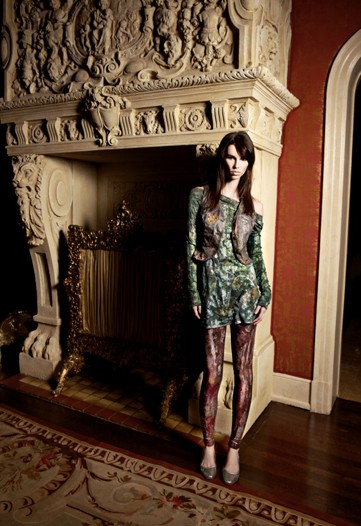 NEW YORK — There’s a boomlet on the Bowery.

Drawn by relatively low rents, an influx of style-conscious residents and the street’s enduring legend, designers are setting up shop on the Bowery and its nearby environs on Manhattan’s lower East Side.

Ground floor space on the Bowery goes for about $135 to $150 a square foot. By contrast, space in SoHo can be considerably higher, such as $500 per square foot on sought-after Prince Street, according to Gene Spiegelman, executive director of retail services at Cushman & Wakefield.

Lower East Side landlords are eager to rent space to fashion tenants, believing they can enhance the neighborhood’s cachet. Avalon Bay earmarked a certain amount of square footage for young designers at its Avalon Chrystie Place and Avalon Bowery Place mixed-use projects. One of those designers, Loris Diran, unveiled a 1,000-square-foot flagship on East First Street and Chrystie Place in February. Montana Knox on Saturday will open a boutique on Extra Place, adjacent to Avalon Bowery. The Tucker Studio Store and the Smile have also opened in the area, joining an earlier wave of retailers such as John Varvatos, Rogan, Billy Reid and Blue & Cream.

Ashley Turin, a 26-year-old artist, on April 6 opened a 400-square-foot store on Ludlow Street devoted to her hand-painted apparel. “The LES is a lot cleaner and much more refined than it was a few years ago,” Turin said. “Now it feels safe, but it still has a cool vibe. I love the energy down here. NoLIta used to have that before it became popular. It reminds me of the [Eighties] when New York was a creative stomping ground.”

“It’s a tough time to open a new store,” said Michael Ewing, a principle of Williams Jackson Ewing, which leased the retail space at the Avalon properties. “The Bowery was just starting to get some momentum before the recession hit.”

“I intend to stick it out,” said Diran, estimating first-year sales of “over $1 million to start. We’re in a recession so I’m not being overly ambitious.” Despite the miserable economy, Diran believes there’s a market for his $560 blouses and $2,400 women’s [bespoke] suits. “I missed my chance in the Meatpacking District,” he said. “The Bowery will be the same. There’s a new, younger client.”

Jeffrey Goldstein, founder of Blue & Cream in East Hampton, searched for a Manhattan address for years before opening a unit in 2007 at Avalon Bowery. “It was hard to identify the right area,” he said. “It would have been hard to have our own footprint in some of the more saturated areas like SoHo and the West Village. The Bowery is a perfect fit. I grew up with graffiti and skateboards and going downtown to grunge it out.”

Yohji Yamamoto, Martin Margiela, Alexander Wang, 3.1 Phillip Lim and Elizabeth & James are among Blue & Cream’s top sellers. “These [customers] aren’t corporate suits,” Goldstein said. “It’s an international crowd. The people living in the Avalon developments are paying a hefty premium to live in the neighborhood. By choosing to live down here, they’re saying that they have style.”

“We service the Bowery Hotel clientele,” Goldstein said. “There’s fashion down there and there’s a fashion scene. Gemma [the restaurant] in the hotel is a Bar Pitti-type scene. My customer is very happy to come to the Bowery. It’s the new destination.”

Serious chefs are arriving on the Bowery. Bespoke Chocolate, owned by a former Union Square Cafe pastry chef, opened on Extra Place in February. Chef Daniel Boulud in mid-May will open DBGB, which stands for Daniel Boulud Good Burger, at 299 Bowery in the Avalon Bowery complex, and Keith McNally is working on a pizza restaurant at 282 Bowery.

Luxury brands are showing interest in the Lower East Side. Yves Saint Laurent executives could have unveiled the pop-up shop for Stefano Pilati’s androgynous Edition Unisex line anywhere in Manhattan, but they chose scruffy Great Jones Street at the edge of the Bowery for the February debut. “You’re going to see more of these things,” said Spiegelman. “Brands are going to be testing concepts and reaching into new consumer demographics.”

The transformation of the Bowery didn’t happen overnight. In the Thirties and Forties, the street was lined with flophouses. Artists arrived in the Sixties, and lived and worked in studios. Seminal rock club CBGB debuted in 1973, hosting bands such as the Ramones, Patti Smith, Blondie and the Talking Heads. CBGB, which closed in 2006, is now a John Varvatos store. Patricia Field, one of the early fashion pioneers, relocated her store in 2005 from SoHo to the Bowery. The New Museum of Contemporary Art, which bowed in 2007, has contributed to the cultural fabric of the neighborhood.

“The Lower East Side is a pioneer neighborhood that’s definitely becoming gentrified,” said Gaby Basora, whose 260-square-foot Tucker Design Studio is on Essex Street. “Everybody is happy to have better amenities in the area, but you end up losing a bit of the original flavor. Essex Street is retaining its true essence. It has an accordion shop and a pickle store.”