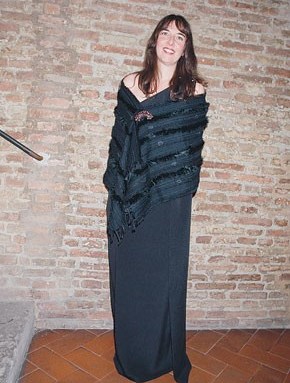 BOLOGNA, Italy — The Cosmoprof trade fair got an unaccustomed lift with a strong influx of marquee-name international retailers, ranging from executives at Bergdorf Goodman in New York, Harvey Nichols in London, Tsum in Moscow, Mecca Cosmetica in Australia, La Rinascente in Milan and Le Bon Marché in Paris. Many attended the five-day exposition for the first time.

This was all part of a fresh start given to the 41-year-old fair by its new chief executive officer of Sogecos, Aureliana De Sanctis, who took on the role in January 2007 and began an overhaul of the Cosmoprof concept in November.

“There’s a new and positive energy at the fair,” she said, adding that first-day visitor numbers were up 53 percent year-on-year. “We were a trendsetter once and we want to become a trendsetter again.”

De Sanctis said she wants to make the fair a showcase for innovation and newness, and compete with the Tax Free World Association’s show in Cannes as a place for manufacturers to preview new products.

“Twenty years ago, everyone was showing newness here,” she said. “If we become a trendsetter, people will come.”

To jump-start that new positioning, Cosmoprof focused on offering a more fashion- and trend-oriented edge.

“Like a laboratory,” said De Sanctis, adding that the show’s raison d’être also is to offer retailers and manufacturers an opportunity to meet and speak face-to-face “on a human level.”

In another step toward dispelling the perception that Cosmoprof is an Italian-oriented affair, De Sanctis aims to convince “the mother house” of the brands — the home headquarters — to be present at the show, rather than leaving it up to their local offices.

New additions to the show this year included offbeat events such as Elastique Spa, a showcase for innovation in treatment and spa products, and Hats for Voyeurs, an exhibition of hats designed by milliner Stephen Jones styled by Anna Piaggi.

Ed Burstell, vice president of cosmetics at Bergdorf’s, said he’d found 10 new resources and “we’ll probably do something with three or four of them.”

Claudia Lucas, vice president of cosmetics at Henri Bendel in New York, said, “I wanted to see Italian brands. I noticed a lot coming out of Tuscany. I started to think if we did Tuscan beauty for the American market, they would totally get into it.”

Tracy Van Heusden, a buyer at Harvey Nichols, said the fragrance arm of fashion brand Etro was a standout at the show, which she was visiting to pinpoint a range of different brands. She also noted that the chain plans to initiate a new buying strategy, which will see Harvey Nichols editing more precisely the products it carries within brand portfolios. “Our fashion ranges are very targeted,” she said. “[Our beauty offer] has to follow through.”

Buyers pointed out that the show is an opportunity for face-to-face encounters with people who are often dealt with over the phone or via e-mail.

“It’s a very useful way to see a lot of people fast,” said Angela Creasy, general manager of cosmetics at Liberty in London.

Jo Horgan, founder of Mecca in Australia, agreed that the event was an efficient way to connect with a lot of people. “It’s like speed dating and buying,” she said.

“It’s the best way to do it,” said Christine Benson, cosmetics buyer at Selfridges in London, who attended with fragrances buyer Nicola Tompkins.

Brett Riddington, general manager of cosmetics for David Jones in Sydney, zeroed in on two main areas: high-performance scientific skin care and fragrance with the desire to build an artisanal perfumery business.

While the array of buyers injected energy and prestige, the show’s new focus is only a first step in its overhaul.

“It’s an interesting event,” said Debbie Beaumont-Howell, beauty buyer at the British-based House of Fraser, adding that the show’s layout and offer could benefit from tweaking. “It’s quite a challenging to have to put all of those beauty houses under one roof.”