The storm caused some serious flooding, but the overall damage wasn't as bad as feared and stores are now looking to recoup lost business.

By Evan Clark and Sharon Edelson
with contributions from Arthur Friedman
on October 10, 2016
View Slideshow 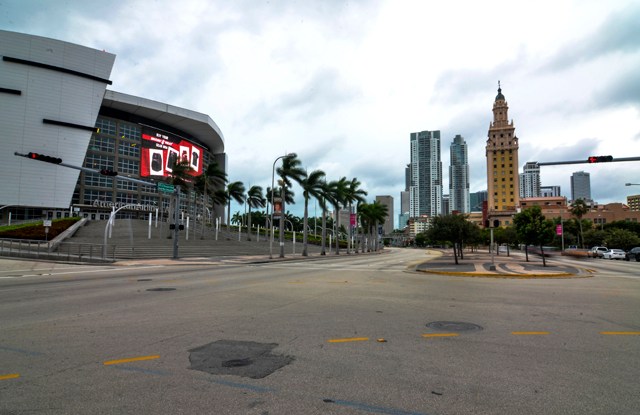 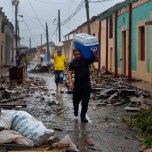 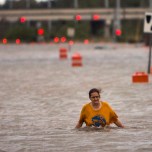 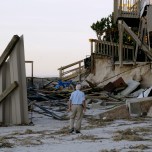 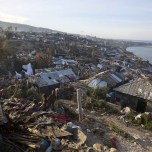 Retailers in the South and Southeast prepared to salvage what they could of Columbus Day sales as the region shifted into cleanup mode Sunday with Hurricane Matthew weakening and moving back out to sea.

The deadly storm — which ravaged Haiti last week, brought record-breaking flooding to North Carolina and was blamed for at least 17 deaths in the U.S. — spared the densely populated southern tip of Florida.

Still, the storm left millions without power, caused more than 3,500 flights to be canceled and sent people along the Atlantic coast scrambling for shelter inland ahead of Columbus Day weekend, a heavy promotional period for retailers seeking to encourage shopping for fall goods.

Evan Gold, executive vice president of global services at weather-tracking firm Planalytics, said the storm at one point threatened an area in the U.S. with the potential for up to $200 billion in property damage.

“Most of that is in South Florida, in Miami, and [the storm] stayed just far enough off shore that the impacts, while they are great from Central Florida on up through Georgia and the Carolinas, most of the major population center in South Florida was spared overall,” Gold said.

He said the ultimate property damage from Matthew would likely be “somewhere in the ballpark” of 1999’s Hurricane Floyd, which was blamed for $7 billion in damage.

Gold said the storm was “tapering off” as of midday Sunday and was not as likely to loop around and hit Florida hard again, as seemed possible in earlier forecasts.

With the worst of the storm over by Sunday afternoon, Gold said, “From a retail perspective, we move into what we call post-storm cleanup.”

He said apparel retailers would “take the brunt of the hit” as some funds that would have gone toward discretionary purchases would be reallocated to home improvement stores and mass merchants as people who were impacted by the storm focus on  getting their lives back to normal.

Macy’s,  Nordstrom and Michael Kors all had 5 percent or more of their stores in the region impacted by Matthew, Gold said.

A Macy’s spokeswoman said the company has been monitoring the storm and had four stores that would open late on Sunday and had one location that would stay closed “due to inclement weather and/or access restrictions.”

A Wal-Mart spokesman said a number of stores were closed ahead of the storm “out of an abundance of caution for our customers and associates.”

“Based on our experience from past disasters, we try to anticipate what products will be in greater demand before and after a hurricane and work to make sure the stores in the path of the storm have what they need,” the spokesman said.

Wal-Mart has a network of emergency distribution centers, which are strategically located and stocked with staples such as bottled water, gasoline containers, canned goods, generators and other high-demand items in anticipation of natural disasters.

“Based on the track of the storm, we can move merchandise to the distribution center nearest to the impact zone,” he said. Wal-Mart has a sophisticated system to plan its response to storms ahead of time in order to minimize the impact on store operations.

Over the weekend, a Sears Holdings Corp. spokesman said the company had temporarily closed 91 stores in the region, including Sears, Sears Auto Center and Kmart locations. (Forty-five Sears stores remained closed throughout the weekend.)

A Target Corp. spokeswoman said the chain had about 45 doors — primarily in Florida but a few in Georgia — that were closed or operated with modified hours on Friday. Eleven doors remained closed as of late Saturday.

The Gardens Mall in Palm Beach closed on Wednesday and Thursday to prepare for Hurricane Matthew. The center reopened at noon on Friday. An employee on Sunday said the general area surrounding the mall was fine except for “pine needles, debris, palm fronds and skinny trees that had fallen, and they’re cleaning that up.”

The St. Augustine area was hit particularly hard by Matthew with storm surges from the hurricane causing damage in the historic district. The mall’s Facebook page had an ad for the American Red Cross with an appeal from the center to “help those who have been affected by Hurricane Matthew by contributing to the organization’s disaster relief fund.”

Analytics firm RetailNext said year-over-year sales at stores in Florida rose 8.9 percent on Tuesday and 8 percent on Wednesday as people prepared for the storm. On Thursday, sales dropped 49.3 percent, at least in the precincts for which data was available. Sales are expected to bounce back as most of the region returns to its usual schedule this week.

The ultimate economic impact of the storm will be determined by just how quickly the region gets back up and running. Business lost to disruptions that last a day or two can been quickly recouped, while events that bring economic activity to a halt for weeks create permanent losses.

Although the storm was not as bad as feared, it came at a vulnerable time for Florida, a vacation destination.

“They’re already battling the effect of the strong dollar and the [weakening] U.K. pound because of Brexit, so they’re already beginning to see some issue with the tourism,” said Rajeev Dhawan, director of the Economic Forecasting Center at Georgia State University.

The state’s tourism trade has also been hurt by worries about the Zika virus.

Business at ports in the region slowed or stopped last week as shippers prepared for the storm.

On Friday morning, the Port of Miami remained under Port Condition Zulu, meaning all port operations were suspended. But the facility was back open for normal operations Friday afternoon after they area missed the brunt of the storm.  The on-dock FEC rail service, though, remained shut down, as did some terminal operations, which were set to reopen Monday morning.