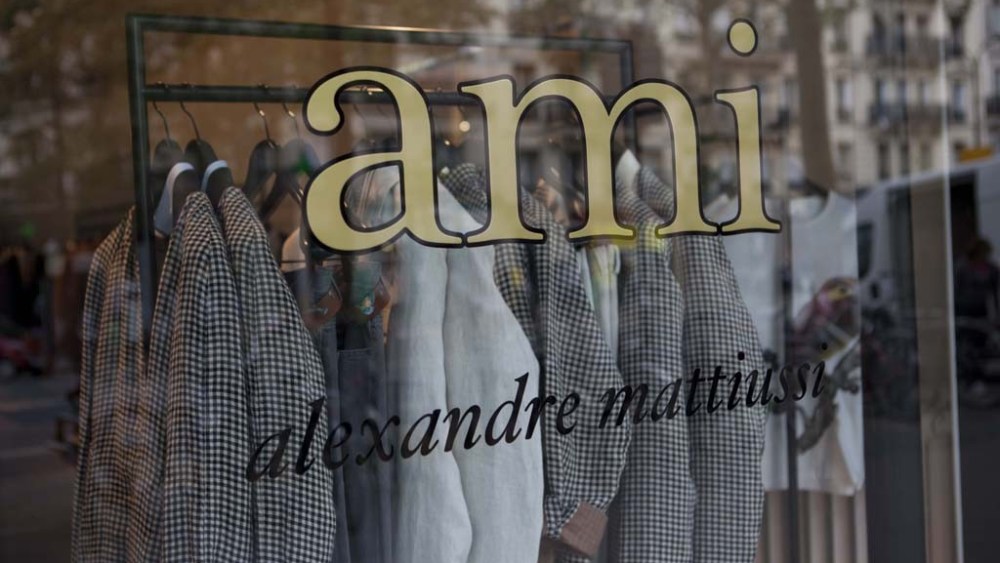 According to Cushman & Wakefield analyst Pierre Raynal, “Paris is the most important destination for luxury retailers in Europe.” The commercial real estate expert said this distinction starts at the city’s airports, which together see 88.8 million travelers a year, “an increasing number of them coming from Asia,” he noted.

“To give you an idea of the gap between Paris and London, which is a [comparatively] attractive city: Paris had 1.1 million visitors from China in 2012, while London had only 250,000,” said Raynal. “Moreover, Paris’ two main department stores, Galeries Lafayette and Printemps, get 50 percent of their luxury turnover from Asian customers.”

This has compelled the boutiques at Paris’ airports “to become more and more luxury-oriented,” he said. A new shopping zone features high-end brands including Hermès, Prada and Gucci, which links terminals 2A and 2C at Charles de Gaulle Airport, Europe’s second-busiest airport, with 61.6 million passengers a year. The zone has even been dubbed “L’Avenue,” in humorous reference to Paris’ chic Avenue Montaigne.

Charles de Gaulle itself has upped its ante in 2012 with boutique openings including Prada and Miu Miu, as well as a high-end art space currently exhibiting works by French sculptor Auguste Rodin.

Overall, tourism is one of Paris’ leading economic sectors. Each year 32.7 million people visit the city, including 13.9 million internationals. Tourism revenue totals about 12.5 billion euros, or $16.2 billion at current exchange, a year, according to Insee, the National Institute of Statistics and Economic Studies.

With 402 trade shows and 1,000 congresses generating 4.8 billion euros ($6.2 billion) of annual economic benefits, Paris is also a leading destination for meetings and the exhibitions industry, attracting 8.7 million visitors per year.

Raynal said luxury hotels are also key. “The opening of the Shangri-La in 2009 and the Mandarin Oriental in 2011, the planned opening of the Peninsula in 2013 and the reopening by the Raffles Group of the Royal Monceau in 2010 illustrate the arrival of new foreign operators determined to benefit from the rapid growth in the number of Asian tourists,” he explained. “These tourists, with their enthusiasm for prestigious brands, also attract the attention of major luxury retailers.”

Among recent examples, Raynal cited Rue Saint-Honoré, which “saw its status as a major luxury destination reinforced significantly by the opening of the Mandarin Hotel in 2011,” next to Hôtel Costes, which, along with the multibrand concept store Colette, has been the street’s major attraction since the Nineties.

Tom Ford, who just opened a coed boutique on the corner of Rue Saint-Honoré and Rue Cambon, said the site “was an obvious choice due to the history of these two iconic streets,” an area where Chanel’s chic headquarters have set the tone since the Twenties.

“We took this space immediately,” enthused the designer, adding that “the French are extremely sophisticated and discerning. They recognize true luxury and quality when they see it, and I think that it is for this reason that our stores there have been so successful.” These include his men’s boutique on Rue François 1er, “a converted hôtel particulier that gives the customer a sense of discretion and intimacy while not sacrificing any elegance.”

This is despite skyrocketing rents. “Buying commercial real estate in prime locations and their side streets costs 40 to 50 times a year’s rent,” explained Marc-Christian Riebe, founder of Swiss retail agency Location Group, adding that investors and brands accept these prices knowing that a location will remain prime for the next 20 to 30 years.

“The street is one of a kind. It’s the most expensive avenue in Europe and the third most expensive in the world,” Raynal said. However, the analyst predicts that there will be no more significant increases: “The price will stabilize at 15,000 euros [$19,460].”

But as Damir Doma, the Paris-based designer whose avant-garde fashion is more associated with the artistic Marais quarter, noted: “The problem is these two areas attract a different kind of customer.”

Doma, who in 2012 opened his first and only boutique in a courtyard of Faubourg Saint-Honoré next to Comme des Garçons, said, “From the beginning, our expectations were not to attract masses but the right people. And Rue du Faubourg Saint-Honoré gives us a chance to get in touch with a different crowd that doesn’t know what we do. These are very international customers, mostly Asians, Russians and Americans, not so many French, and most who enter buy something.”

Doma added that “when you are Kering or LVMH, you can wait until it picks up, but for us it was important to have a shop that works immediately, and there are not so many places in Paris where a brand like ours can open a store.”

Paying 950 euros ($1,232) a square meter yearly ($114 a square foot), which is significantly less pricy than a location directly on Faubourg du Saint-Honoré, he called the slot a “real opportunity.”

“In the Marais,” on the other hand, “people don’t have much buying power, but it’s a great area for our other line, Silent, which has a cheaper price point and is doing really well in little shops in Paris, like Void and Coincidence.”

The street has also become a drawing point for brands outside the luxury spectrum, such as & Other Stories, H&M’s new brand, which set up a two-level shop here in 2013. “We really like the diversity of Rue Saint-Honoré,” explained Samuel Fernström, head of the brand. “Before we opened our own store, we launched our beauty range at Colette during fashion week” to test the location. “We believe that a mix of great stores makes a street a good shopping destination. Our target group is a woman with a love for fashion, no matter what age. We use that concept as our guideline when we are looking for new store sites.”

The transactions in the luxury retail market could slow in the coming months due to a shortage of high-quality locations, Raynal predicted. But that will also give rise to new districts.

“The Marais will be the new destination for luxury retailers,” the consultant said, naming four key drivers: the opportunity of Sunday openings (which so far are only allowed in the Marais and on the Champs-Elysées); the refurbishment of the former Samaritaine department store, owned by LVMH, to be finished by 2016, which will incorporate a new luxury hotel, the Cheval Blanc; BHV’s upgrade into a more upscale department store, and the increase of tourist traffic on Rue de Rivoli, which jumped 20 percent in the last two to three years.

“The only question,” Raynal said, “is which [luxury brand] will settle here first?”

In Paris, Rue Saint-Honoré and its extension Rue du Faubourg Saint-Honoré have seen the most action in 2012 and early 2013. Swiss-based Location Group counted 13 major brands opening doors here, including Balenciaga, Chloé, Damir Doma, & Other Stories, Tom Ford and Talbot Runhof, despite rents reaching 10,000 euros, or $12,973 at current exchange, a square meter (or ($1,205 a square foot). With the arrival of Damir Doma and the new concept & Other Stories, the two streets have upped their coolness and avant-garde factor, offering an eclectic mix of boutiques in what has been a shopping destination for the ultrawealthy seeking more traditional brands such as Hermès.

For independent, less upscale brands, the Marais quarter, artistic and free-spirited by nature, has remained a drawing point. Though not covered by the Location Group’s Retail Market Survey, the quarter has witnessed a slew of boutique openings in the middle price range, for men especially, such as Void, Coincidence, Ron Dorff, Officina Slowear and 13 Bonaparte. It also accounts for a large number of restaurant openings boasting a bohemian flair with an urban twist and good but affordable cuisine, as seen at Candelaria, Le Plan B and Nanashi 2.